Not Indian Enough: PM Modi Hints at Another Ban On Online Games 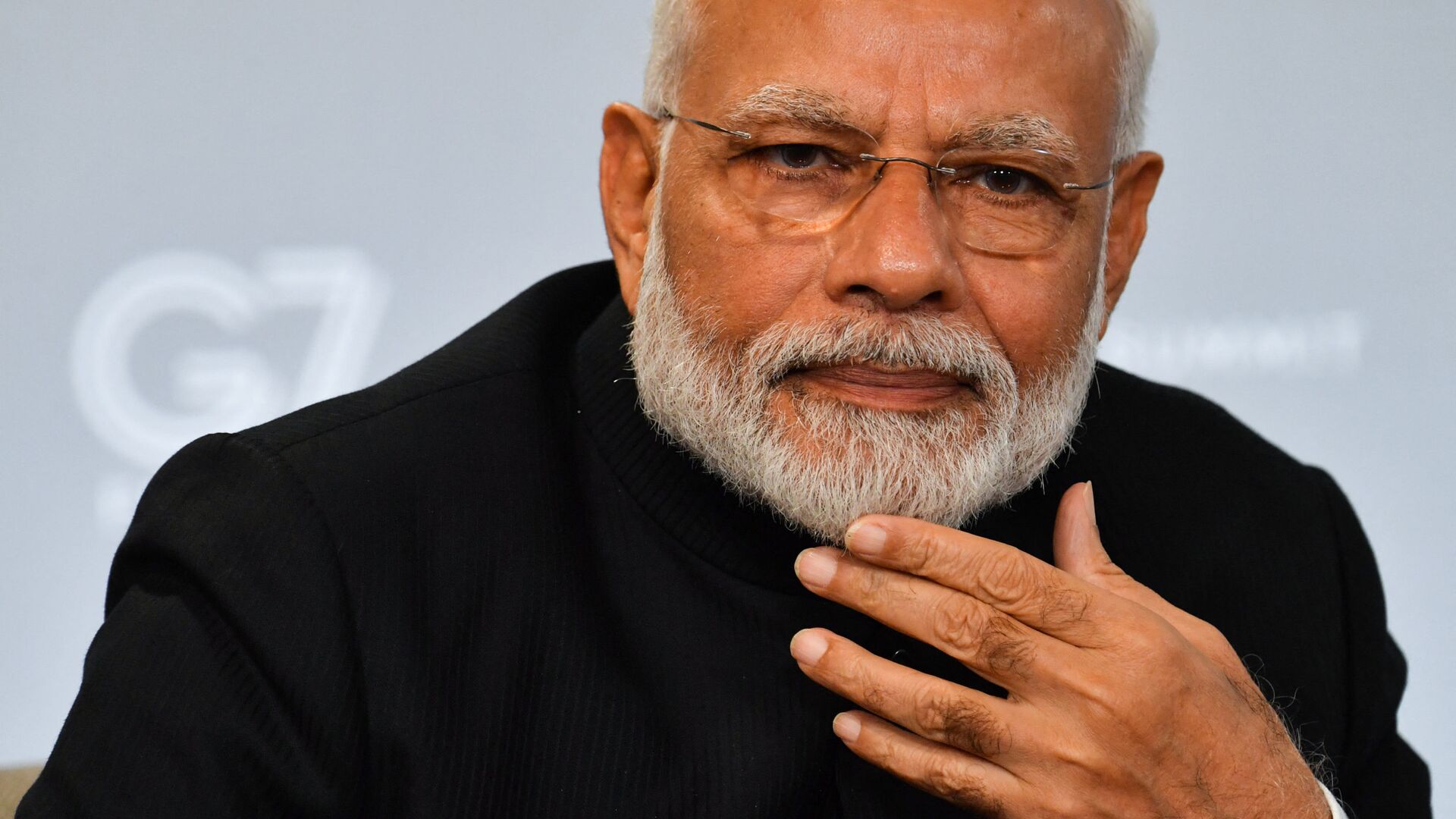 Alisha Rahaman Sarkar
All materials
New Delhi banned 267 Chinese apps last year after an internal government report suggested that they were involved in activities that were prejudicial to India’s sovereignty, integrity, defence, security, and public order. “PUBG”, beloved by gamers, also fell under the axe.

India's Prime Minister Narendra Modi last week, at the "Toycathon 2021", said most online and digital games on the market don’t have an Indian concept, raising speculation on another ban. Modi added that many of these online games either "promote violence or cause mental stress". Toycathon 2021 is a government initiative to promote locally made toys and curb dependency on foreign toys.

Modi’s statement comes at a time when Battlegrounds Mobile India (touted as an alternative to PUBG) is making inroads in the country. The South Korean gaming firm behind the game – Krafton – promised to cut ties with China-based Tencent and invest over $100 million in India.

Despite that, Krafton has been facing roadblocks due to claims of a data breach. Recently, the Confederation of All India Traders (CAIT) wrote a letter to federal Information Technology and Communication Minister Ravi Shankar Prasad demanding a ban on the game for "sending data to countries outside India".

​The digital gaming industry in India is projected to be worth $3 billion by 2025, as per a study by global accounting firm KPMG.

"Every game/sport has a certain level of aggressiveness stemming from competitiveness. Even in traditional Indian games like chess which is all about conquests and staying a step ahead of the opponent. We have great games in India too like Real Cricket, Raji, and Ludo. This is the time for original Indian IPs that foster cooperation, and it would be great to see competition there", Akshat Rathee, co-founder and MD of Nodwin Gaming, told Sputnik.

E-sports firm Nodwin Gaming raised $22 million approx. in equity investment from Krafton, which has picked up a minority stake in the company.

With almost 53 percent of India’s over 1.3 billion population under the age of 29, the gaming industry has managed to cement its hold over the country.

The number of online gamers grew from 300 million in 2019 to 433 million in 2021. Given the rising accessibility of Internet facilities at a cheaper rate, it is a dream come true for companies and investors alike.

"Just like any industry, if the centre takes any steps to curb foreign players, and promote local produce, it will lead to massive growth in the Indian gaming ecosystem. Gaming content with Indian context, language, storyline, etc. is always more relatable and enjoyable. There will be at least 500 unicorns in India in the next 10 years, and we are all aware of the pace at which capital has been deployed in the first half of 2021. When it comes to gaming, India is very uniquely positioned, where over the last 3-4 years India has emerged as the largest engagement powerhouse. Every year, we clock 10 billion mobile game downloads in India, this is the highest in the world", Paavan Nanda, co-founder of WinZO Games, told Sputnik.

However, there has been criticism of "side effects" such as debt and addiction from a section of online gaming that enables players to gamble and earn real money. Real money gaming such as Dream11, My11Circle, MyTeam11, 11Wicket, MyFab11, MPL Fantasy Cricket, to name a few, have flooded the Indian market.

The state governments of Andhra Pradesh and Tamil Nadu have passed laws to ban online gambling, including skill-based games such as poker and rummy. But India's apex court upheld rummy last year as a "game of skill".

Fantasy gaming services such as Dream11 and MPL have invested millions into cricket. The company was taken on board as the lead sponsor for the Indian Premier League (IPL) 2020. From former India captain Mahendra Singh Dhoni to Rohit Sharma, almost the whole team endorses the brand. Current India skipper Virat Kohli leads the endorsements of MPL – a poker game.

"I used to play PUBG, early last year at the beginning of the lockdown. We used to play sharp at 11 PM, and while we used to play the game, gaming as an activity only acted as the boilerplate to other interactions we had among the group. Contrary to 'causing stress', that gaming session used to help me 'maintain sanity' in such testing times when the world was going through unprecedented times. Excess of everything is bad. Leave aside games, if you do anything in excess, you are bound to face some emotional or physical downside", Nanda added.