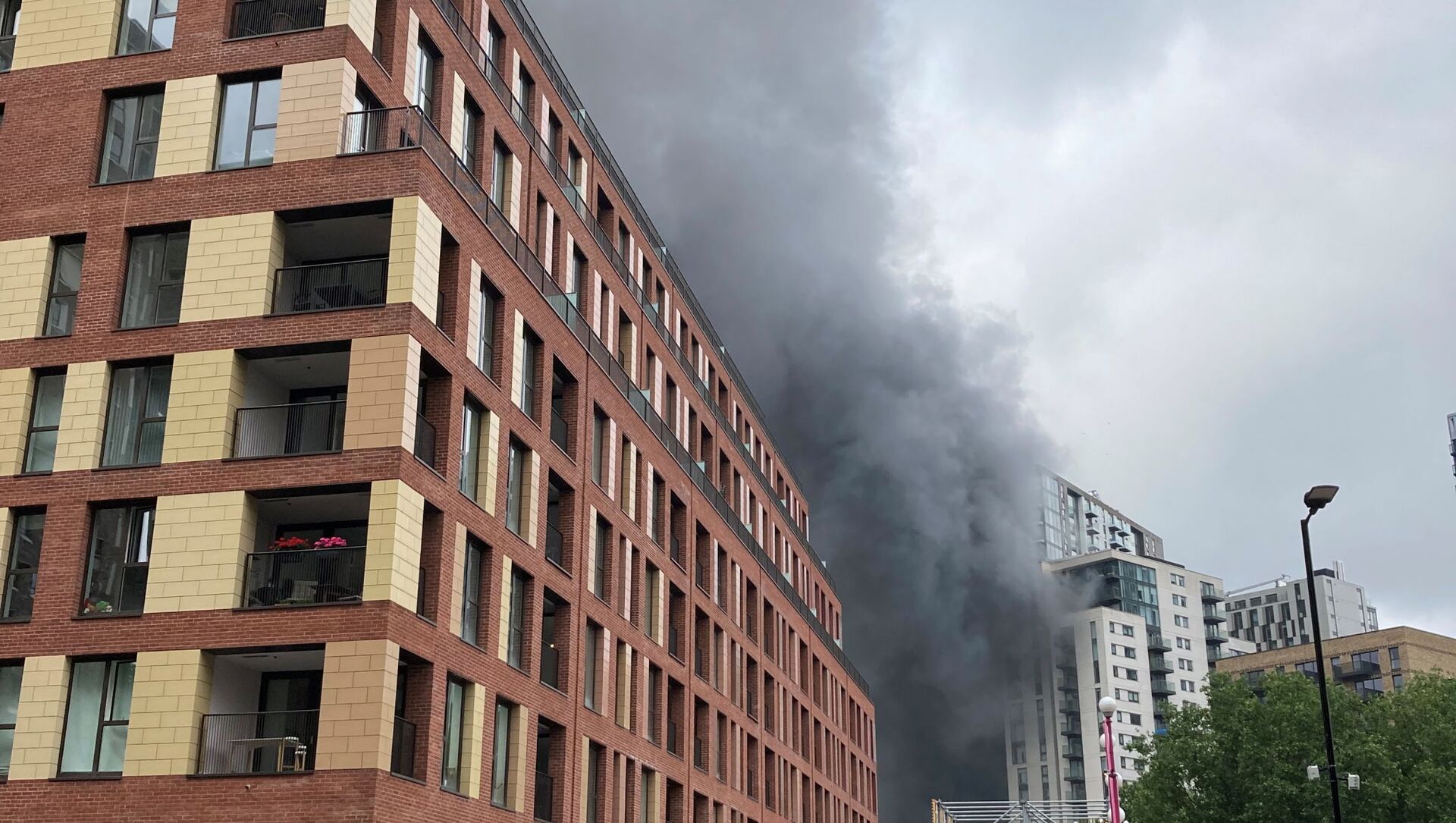 The London Fire Brigade said 15 of its fire engines and about 100 firefighters were battling the blaze that reportedly broke out in a business premises under a railway arch. They urged locals to stay away and keep their windows and doors closed.

A major fire has broken out at London's Elephant and Castle tube station with video showing violent explosions.

Videos posted on twitter showed a ball of fire belching from the entrance to a building on the large site in the south London borough of Southwark.

Others showed a huge cloud of thick black smoke rising from the London Underground tracks and platforms beside a tower block.

​​The London Fire Brigade said 15 engines and around 100 firefighters were battling the inferno, and urged residents to stay clear.

​"One man is being treated on the scene by London Ambulance Service crews," the fire service said in the only word on casualties.

Just before 4pm the fire brigade tweeted that they had the fire under control, although roads would remain closed.

​Police ushered pedestrians away from the blaze. The local Southwark branch of the Metropolitan Police said the incident was "not believed to be terror related".

​​The nearby Southwark Playhouse theatre offered its premises as a refuge for those fleeing the blaze.

Early reports suggested the fire had started in a car repair garage under a railway arch. The Fire Brigade confirmed that three premises under arches were "completely alight" along with four cars and a telephone box.