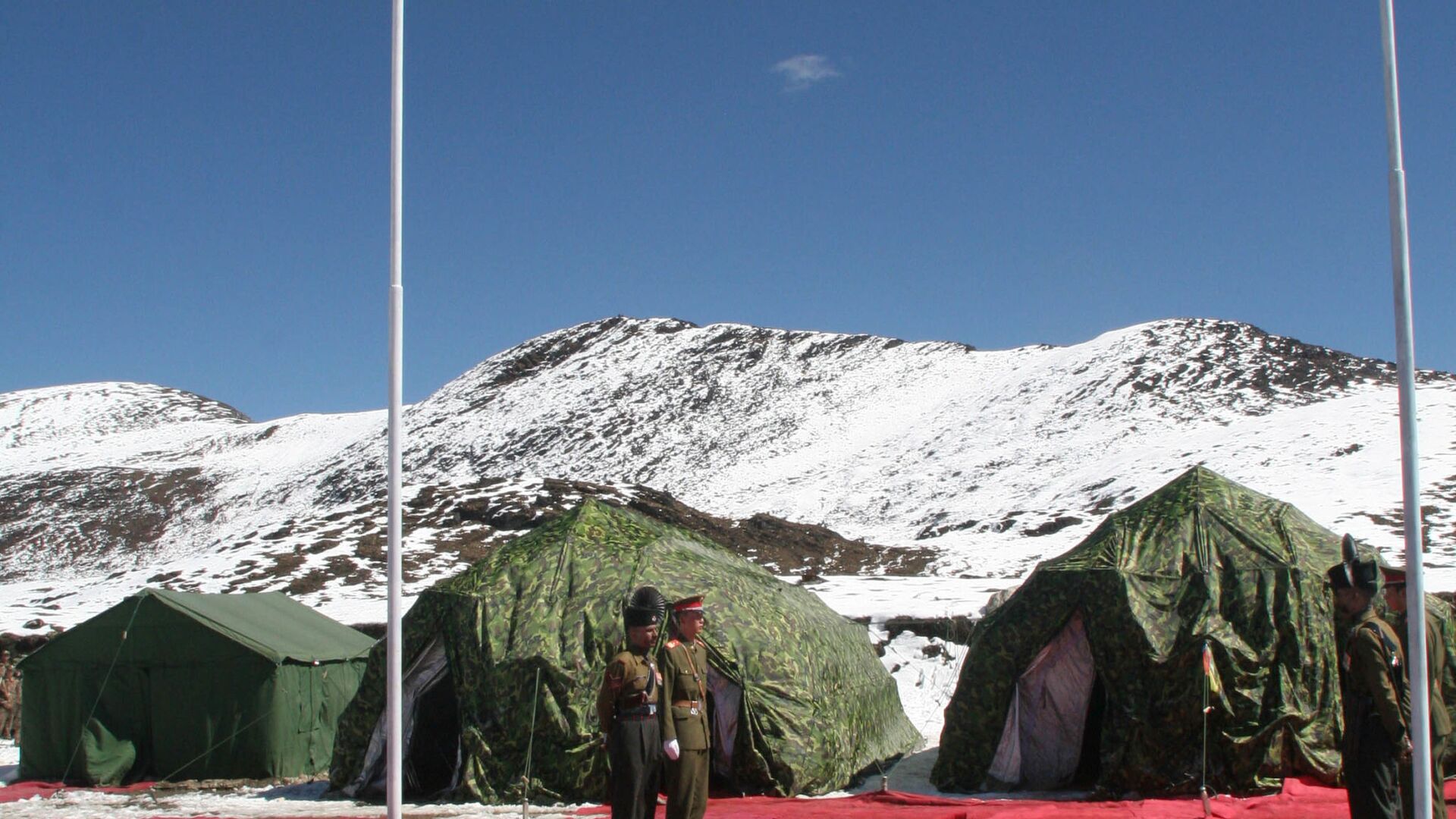 Dhairya Maheshwari
All materials
The Chinese Foreign Ministry has accused New Delhi's military deployments along the border of being the "root cause" of the current standoff. In response, the Indian Foreign Ministry blamed Beijing for "disturbing" the peace and tranquility at the border by amassing a huge number of troops and trying to "unilaterally" alter the status quo.

India has allegedly "redirected" nearly 50,000 troops to its border with China as it assumes an "offensive military posture" against the People's Liberation Army (PLA) in the ongoing standoff in the eastern Ladakh region, a media report claimed on Monday.

According to Bloomberg, India now has nearly 200,000 troops at the Ladakh border, a 40-percent increase from last year. Indian officials have been quoted as saying that the additional deployment of troops will allow Indian commanders more options in "attacking and seizing" territory from the Chinese PLA.

New Delhi, at the same time, has been de-escalating tensions along the western border with Pakistan. Indian Army Chief General Manoj Mukund Naravane has even said that the South Asian nation is "fully-prepared" for a two-front war with Pakistan and China.

India's purported troop movements come amid reports of the Chinese PLA recently moving troops from its Xinjiang Military District to the Tibetan Military Command in the Western Theatre Command. Besides troops, the PLA is also said to have deployed advanced weapons systems along the Indian border, including missiles, drones, and rockets.

Indian Defence Minister Rajnath Singh is currently on a visit to the Ladakh region, with inaugurating new border infrastructure projects along the Line of Actual Control (LAC) being the focus of his trip. Singh will kick-start operations for four new strategically important bridges on Monday.

On 25 June, the two Asian powerhouses held the 22nd round of the Working Mechanism for Consultation and Coordination (WMCC) on China-India border affairs, in a bid to find a solution to the border standoff that has been ongoing since last year.

"Both sides agreed on the need to find an early resolution to the remaining issues along the LAC in eastern Ladakh keeping in view the agreement reached between the two foreign ministers in September 2020", an Indian Foreign Ministry readout said after the 25 June meeting.

"In this regard, the two sides agreed to maintain dialogue and communication through diplomatic and military mechanisms to reach a mutually acceptable solution for complete disengagement from all friction points so as to ensure full restoration of peace and tranquility to enable progress in bilateral relations", added New Delhi's statement.

India and China have also held 11 rounds of military commander-level talks to end the border standoff, which escalated into deadly border clashes in the Galwan Valley region last June. Twenty Indian and four Chinese troops were killed in the clashes, the deadliest between the nations since the 1962 border war.