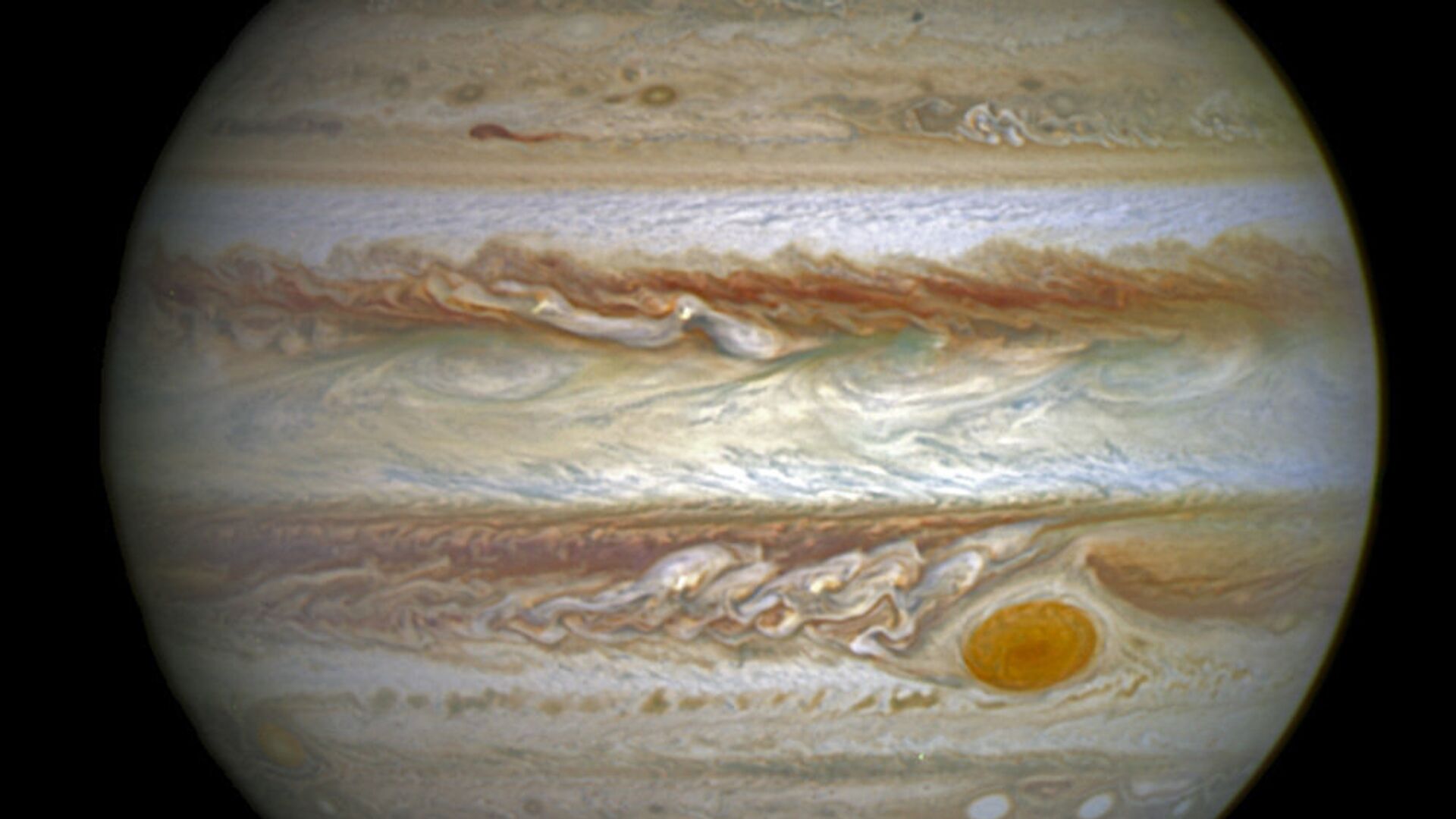 Max Gorbachev
All materialsWrite to the author
The largest planet in the Solar System has long captivated the attention of scientists. While Jupiter itself cannot support life as we know it, the planet’s moons are known to have enormous amounts of water, a requirement for it.

An international group of scientists claims clouds near Jupiter may sustain life. According to their study, which was recently published in the journal Nature Astronomy, the researchers measured water activity in the atmosphere of Jupiter and Venus using data from various scientific probes.

The clouds near Jupiter have "the right temperature and water activity combination" to support Earth-like life, the study claims. "We absolutely hadn't expected that", said Dr John Hallsworth, who described the discovery as "profound" and "exciting". At the same time, he warned against hypothesising that the fifth planet from the Sun has or has had life.

Further research will be needed to understand whether microbial life could exist in the clouds near the gaseous planet, the scientists note.

The researchers say that their study also disproves one conducted by US astronomers last year, which claimed that Venus could sustain life as it has phosphine in its clouds - a toxic gas where microbes can reportedly thrive.

However, the latest study suggests that the clouds near Venus are mainly composed of sulphuric acid, which destroys cellular structures that support life. The clouds near Venus also have very a low concentration of water molecules, which makes it impossible to support even the most resilient microorganisms. This finding disappointed researchers, as for a long time it was believed that Venus could have been a candidate in the search for extraterrestrial life.

"It's also unfortunate that our conclusions are based directly on measurements - it is not a model with assumptions so it is hard to imagine that the results will change as we do further exploration", said Professor Christopher McKay, a NASA researcher and co-author of the paper.

The researchers note that their method of identifying water activity could be used beyond our Solar System and help in humanity’s quest to find extraterrestrial life.