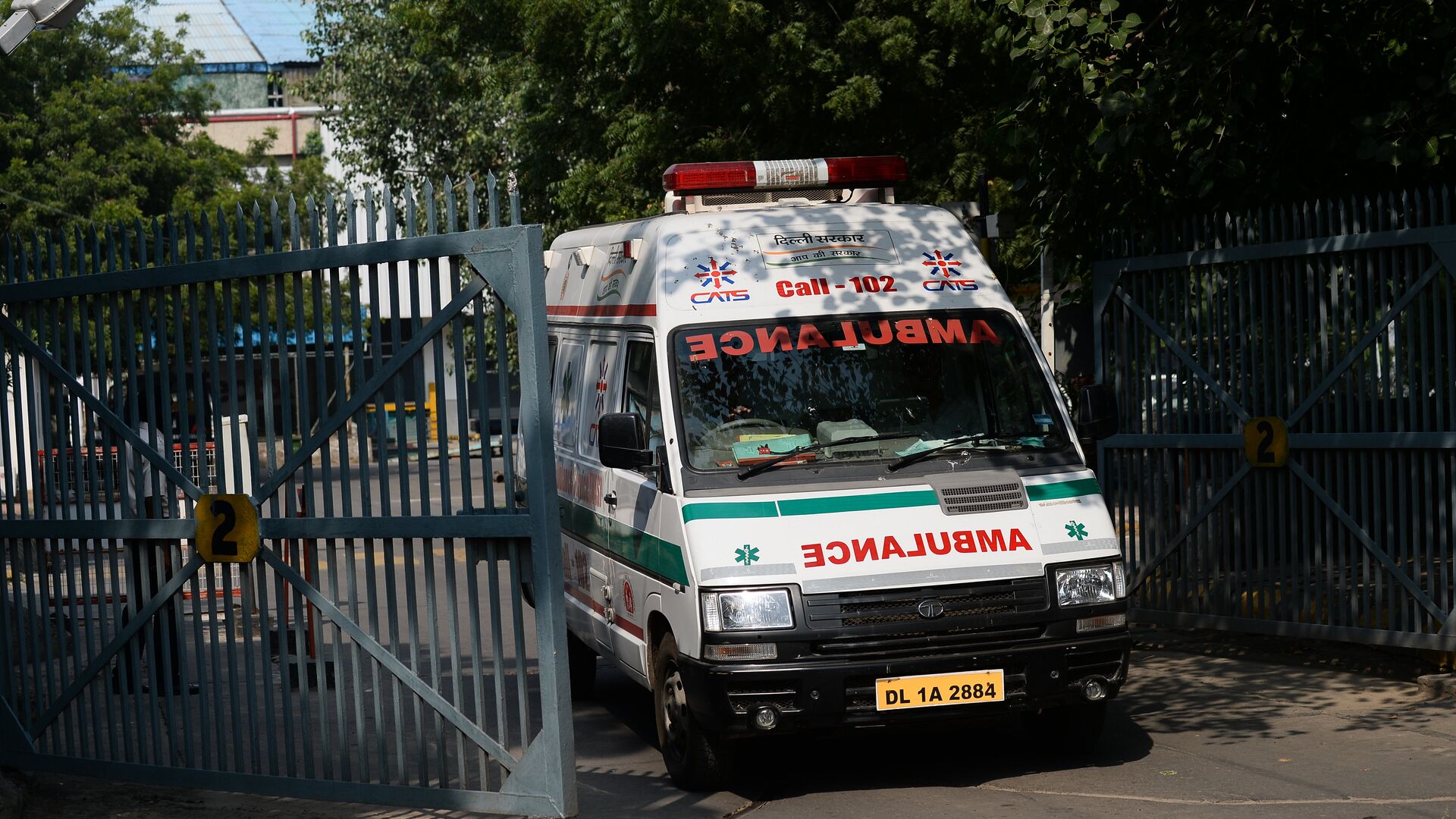 Radhika Parashar
All materialsWrite to the author
The lives of nearly 80 people are at stake following a major collision between a passenger bus and a truck on Indian national highway Number 24. Police from neighbouring areas have rushed the spot near Moradabad to carry out rescue operations.

At least four people were killed and many others left critically injured when a bus with around 60 passengers rammed into a truck from behind early Monday morning on a highway connecting Delhi to Lucknow in the Indian state of Uttar Pradesh.

"The injured have been rushed to the hospital. At this point, it is not clear how many more people may lose their lives. Many are critically injured and being treated at a local hospital. Rescue operations are underway. As soon as the situation is a bit clearer, we will update", Neeraj Dhama, Senior  Superintendent of Police (SSP) in Moradabad told Sputnik while confirming the number of deceased so far.

Visuals reportedly depicting the scene have since surfaced on Twitter showing the damaged bus on the road. Police officials and medics can be seen carrying hurting, screaming patients out of the damaged vehicles on stretchers.

Locals from around can also be seen gathering at the crash site, speaking to reporters and police officials.

​In a video bite shared with Sputnik, Moradabad Police revealed that the truck was halted on the highway and police authorities were checking its papers. The bus came up from behind and rammed into the truck before toppling and crashing on the highway. Three people from the truck have died, along with a traffic police official who was checking the truck's documents at the time.

Obtained by @SputnikInt -- UP Police's statement on the bus-truck accident that happened at Delhi-Lucknow Highway today.

Four people have died so far -- three from the truck and one traffic police official who was checking the papers of the truck. pic.twitter.com/VnLneKKGRe

​The police have opened an investigation into the driver of the bus.

There has so far been no immediate reaction from senior authorities, including Uttar Pradesh State Chief Yogi Adityanath over the accident.

More details on the story are expected.