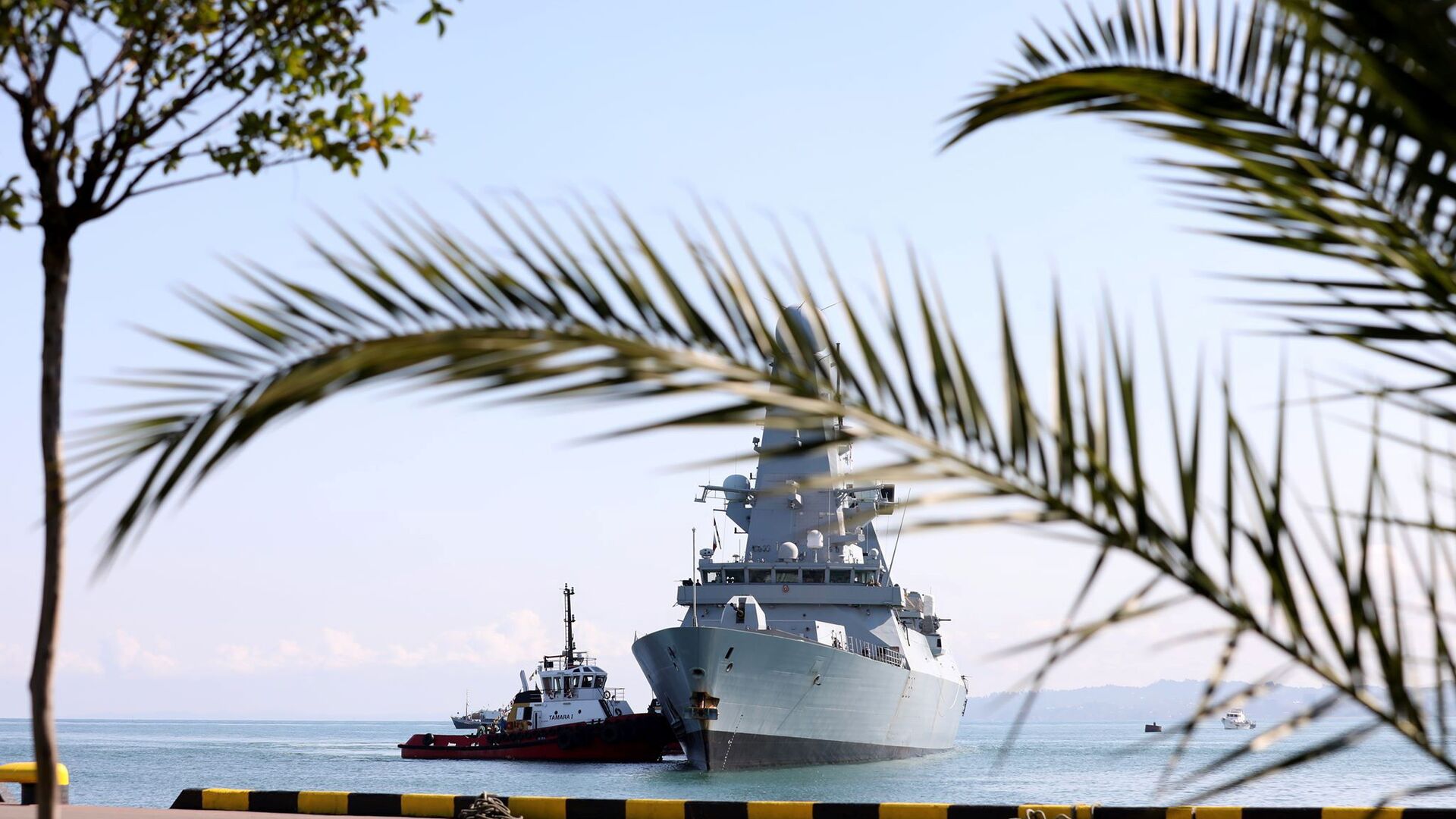 The official chain of events around the leak of classified and embarrassing Ministry of Defence documents raises more questions than it answers. The bundle of papers was reportedly discovered a day before the incident between HMS Defender and the Russian Navy, with a BBC journalist aboard, but official sources are vague about who 'mislaid' them.

An unnamed individual found a rain-soaked bundle of 50 pages behind a bus stop in Kent on Tuesday and and contacted UK state broadcaster the BBC — which only reported the find on Sunday.

Crucially, the find was made a day before the destroyer HMS Defender sailed through a Traffic Separation Scheme (TSS) around Cape Fiolent, just south of Russian Black Sea naval port of Sevastopol, on Wednesday — with a BBC reporter on board.

The broadcaster made no mention of the documents in its breathless report from the ship, which was in stark contrast to the MoD's laid-back dismissal of warning shots fired by Russian patrol boats and jet bombers as distant military exercises.

One document in the bundle shows two alternative routes for the warship from Odessa in Ukraine to Batumi in Georgia, its next port of call. One involves sailing almost due south before making a dog-leg to east-south-east to reach Batumi, giving the Crimean peninsula a wide berth.

The alternative, more direct route is shown on the map passing diagonally south-east through the clearly-marked Sevastopol TSS — although traffic through such zones is meant to stick to designated north-south or east-west lanes.

That would "provide an opportunity to engage with the Ukrainian government… in what the UK recognises as Ukrainian territorial waters" the document read — indicating that the voyage was planned as a challenge to Russian sovereignty over the Crimea, which voted overwhelmingly to reunite with its historical mother-country in 2014.

Possible Russian responses to the manoeuvre, ranging from "safe and professional" to "neither safe nor professional", were already anticipated. But the document argued the alternative route avoiding confrontation risked Russia claiming "the UK being scared/running away" and that the UK had tacitly dropped its insistence that Crimea was still Ukrainian territory.

Sky News quoted a "Whitehall source" claiming a "senior civil servant" at the MoD had "mislaid" the documents.

But other journalists speculated that it may have been a deliberate leak from another ministry — as part of a battle over whether foreign policy takes a more hawkish or dovish turn. Other documents in the bundle detail British plans to keep troops in Afghanistan after the US and NATO pull-out in September this year.

The Daily Telegraph reported on Thursday that Foreign Secretary Dominic Raab had "raised concerns" that the naval excursion would only hand a propaganda victory to Moscow, forcing Prime Minister Boris Johnson to intervene between him and defence chiefs to settle the matter.

The bundle of classified documents reportedly included a print-out of a PowerPoint slide presentation — something that would usually be carried on a USB pen drive to display on a projector or screen at meetings.

And it included notes on a session of the UK-US Defence Dialogue on 21 June, the day the Defender was scheduled to sail.

The Pentagon was quick to back the MoD's version of events regarding the incident — suggesting the UK's NATO ally knew of the destroyer's planned route in advance.

The US Navy guided missile destroyer USS Ross arrived in Odessa on Sunday for a joint naval exercise involving 32 warships from 32 countries, scheduled to run from June 28 to July 10.

One Twitter user speculated the sensitive documents were planted behind the bus stop by a Russian agent in the MoD.

​Another thought it was a propaganda operation cooked up between the ministry and the BBC, while others questioned the credibility of the official chain of events.