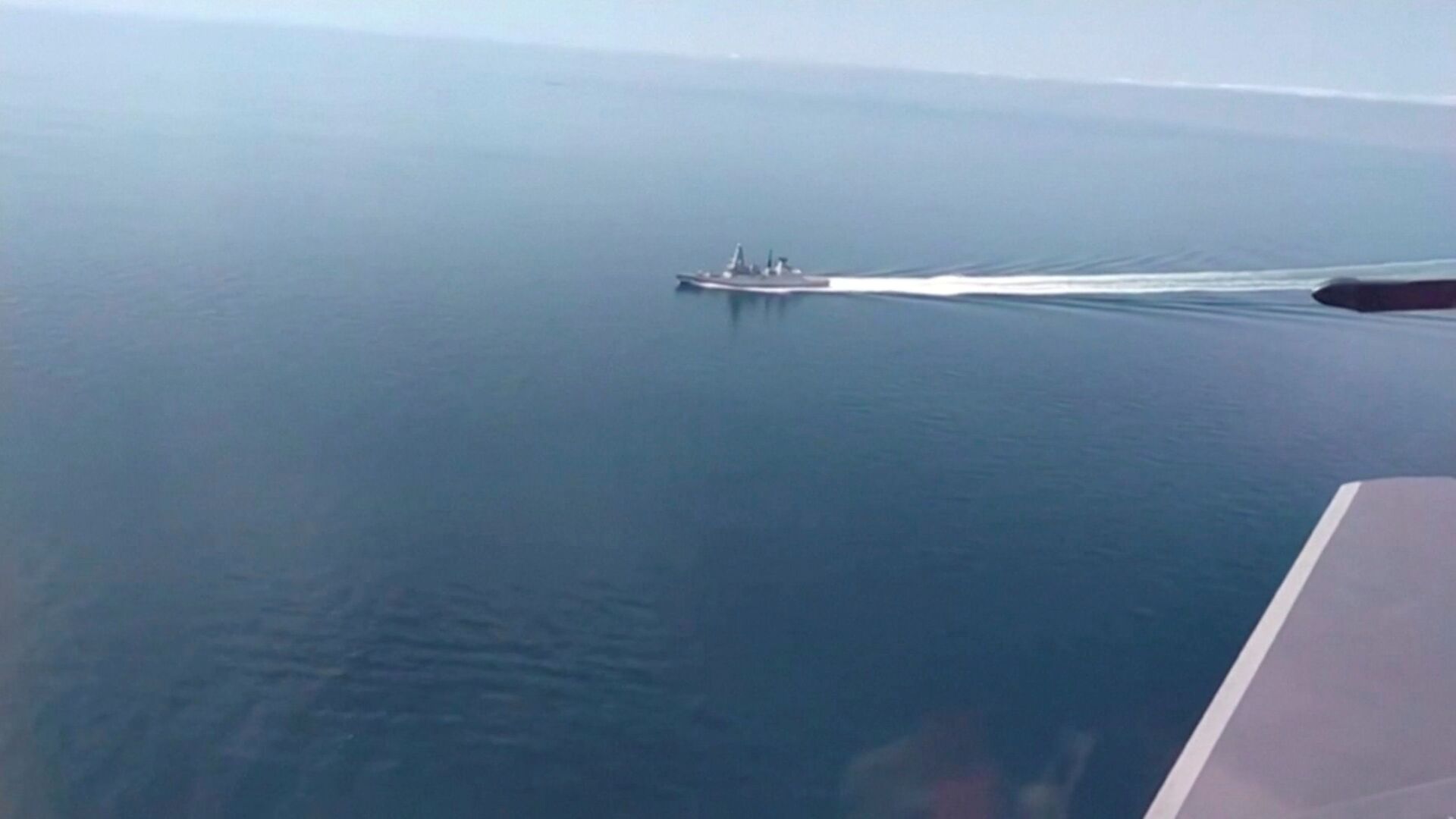 Tim Korso
All materials
A Royal Navy warship entered the waters near the Crimean Peninsula on 23 June and sailed through them despite demands by Russian forces to leave the area. Moscow considers these waters part of its territory since a 2014 referendum in which Crimean residents voted to join Russia. The UK, however, does not recognise the results of the vote.

A bundle of sensitive British Ministry of Defence documents, found by a member of the public at a bus stop, contained information about the 23 June HMS Defender incident near the shores of the Crimea, as well as other sensitive military information, the BBC has reported, citing the obtained papers.

The documents, dated 21 June, reportedly contained an analysis of the potential consequences of the warship's passage through the waters, deemed by Russia as part of its territory. They also purportedly included information regarding the UK's operations in Afghanistan amid the US withdrawal from the country and London's thoughts on new US President Joe Biden and his administration.

The British Ministry of Defence did not explicitly confirm the authenticity of the documents cited by the BBC. However, the ministry did admit that an employee had reported the loss of sensitive papers, refusing to delve into detail about the matter.

The papers, cited by the British broadcaster, suggested that London expects increased threats towards its military personnel in Afghanistan, should the country decide to leave individuals behind following the US pull-out. The troops are reportedly already lacking awareness about the situation on the ground and even though they haven't faced Taliban attacks for over a year, this could change in the future. According to the papers, London isn't ruling out a complete withdrawal of its own forces.

The 50-page treasure trove of documents, which include emails and presentations, also contains notes on a session of the UK-US Defence Dialogue that took place on 21 June. The briefing notes suggested that the new US administration has "much continuity" with the previous one in terms of its focus on China and the Indo-Pacific region in general. Furthermore, London apparently doubts that Washington's policy towards its allies has changed with the arrival of Joe Biden and seeks confirmation of promised greater US engagement with Europe, the documents claim.

"We should use the meeting to see how much the administration is prepared to share, or whether its stated ambition of consulting more with allies is truer in principle than in practice", a portion of the briefing notes reportedly said.

The BBC report also goes into detail about the UK's deliberations on HMS Defender's passage from the Ukrainian port of Odessa to Batumi, Georgia. Per the obtained documents, two plans were on the table: a longer route around the Crimean Peninsula, and a shorter one where the warship would pass as close as 19 kilometres off Crimea's coast.

The second plan meant that Defender would sail right through the waters that Moscow considers its territory since a 2014 referendum during which the overwhelming majority of the peninsula's residents voted in favour of joining Russia. However, western countries do not recognise the results of the referendum (and apparently Crimeans' rights to self-determination), and thus the UK described the second route as crossing "Ukrainian territorial waters".

The same documents, cited by the BBC, show the UK realised it would be Moscow, not Kiev, who would react harshly to HMS Defender's "innocent passage". In international maritime law the term "innocent passage" is used to describe the peaceful movement of a military vessel through another country's territorial waters, which is only acceptable if this country does not object to it. Yet, international law does not permit this in cases where the status of waters is disputed – as is true with the waters off Crimea.

Still, London apparently did not bother itself with the peculiarities of international maritime law in this case, but rather with the potential response by Moscow to its actions:

"Following the transition from defence engagement activity to operational activity, it is highly likely that RFN (Russian Navy) and VKS (Russian Air Force) interactions will become more frequent and assertive", the documents obtained by the BBC said.

Even understanding that Russia's response might range from "safe and professional" to "neither safe nor professional" (according to the documents), Britain chose to send HMS Defender right into the waters off of the Crimean Peninsula. The papers cited by the BBC offer an insight behind the two motives for this decision. 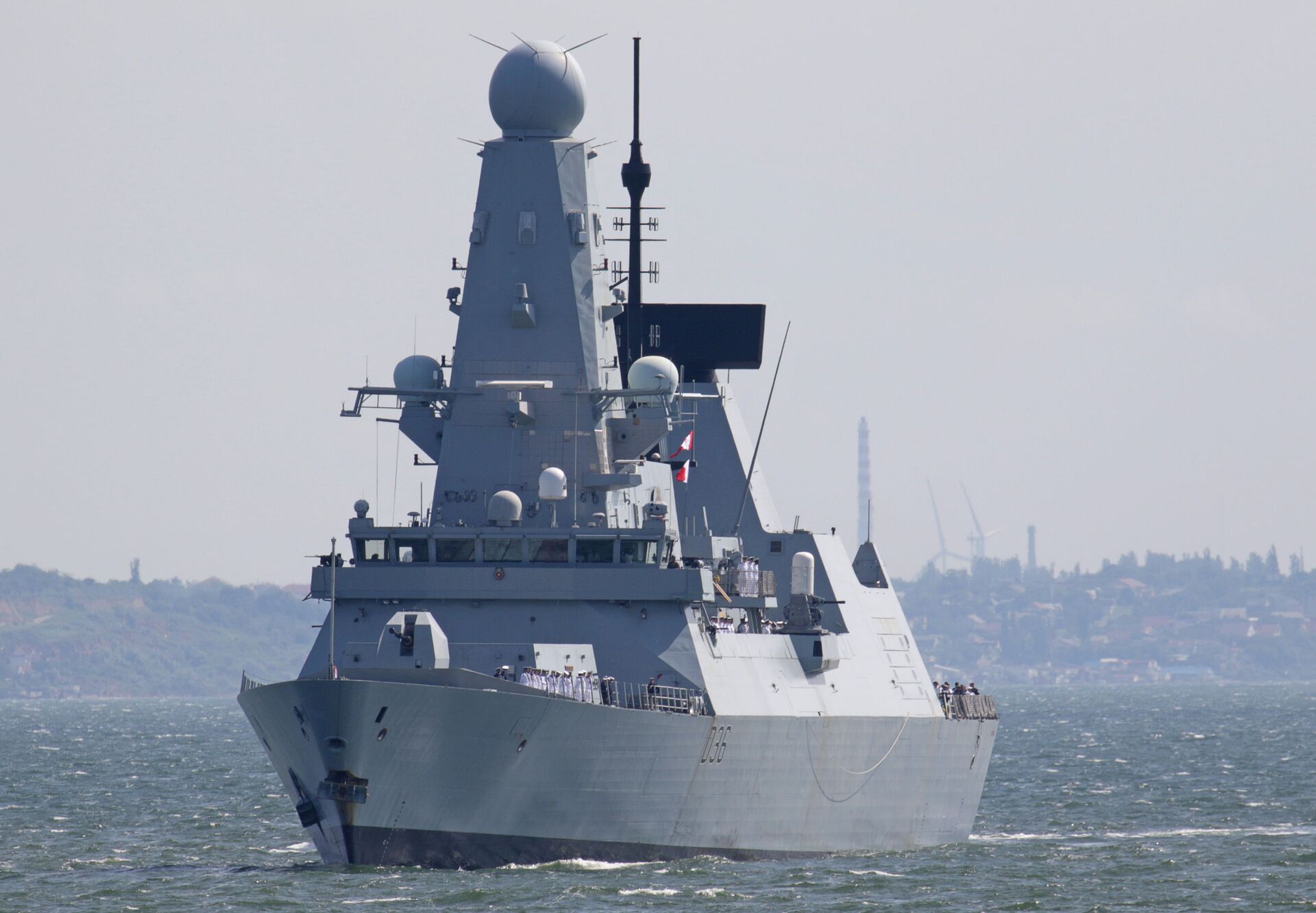 First, London reportedly believed that taking a safer route for the HMS Defender would be understood by Moscow as a sign of the UK "being scared/running away". The papers also suggested the British government thought it would allow Russia to say that London had "belatedly accepted Moscow's claim to Crimean territorial waters".

Second, the UK apparently sought to make a PR stunt out of the bold passage of its warship through the Russian-controlled waters, the documents show. According to the report, London believed the journalists from the BBC and Daily Mail, who were on board the warship on the day of the incident, 23 June, would provide an "independent verification of HMS Defender's action".

Instead, the journalists witnessed how a Russian military vessel and a group of Su-24M fighter jets steered the HMS Defender away from Crimea's waters. The Russian Defence Ministry said the Russian warship had to fire a warning shot and that one of the jets had to drop bombs in the British destroyer's path because of the HMS Defender's refusal to heed warnings demanding it leave Russian territorial waters immediately. The Kremlin strongly condemned the UK's actions and summoned the country's envoy to deliver a note of protest.

London initially dismissed Russia's statements about its military firing warning shots as "Russian disinformation", claiming that Moscow had simply carried out "gunnery exercises" nearby. Yet later, the chief of Britain's defence staff, General Nick Carter admitted that the 23 June incident near Crimea could create the risk of an "unwarranted escalation".