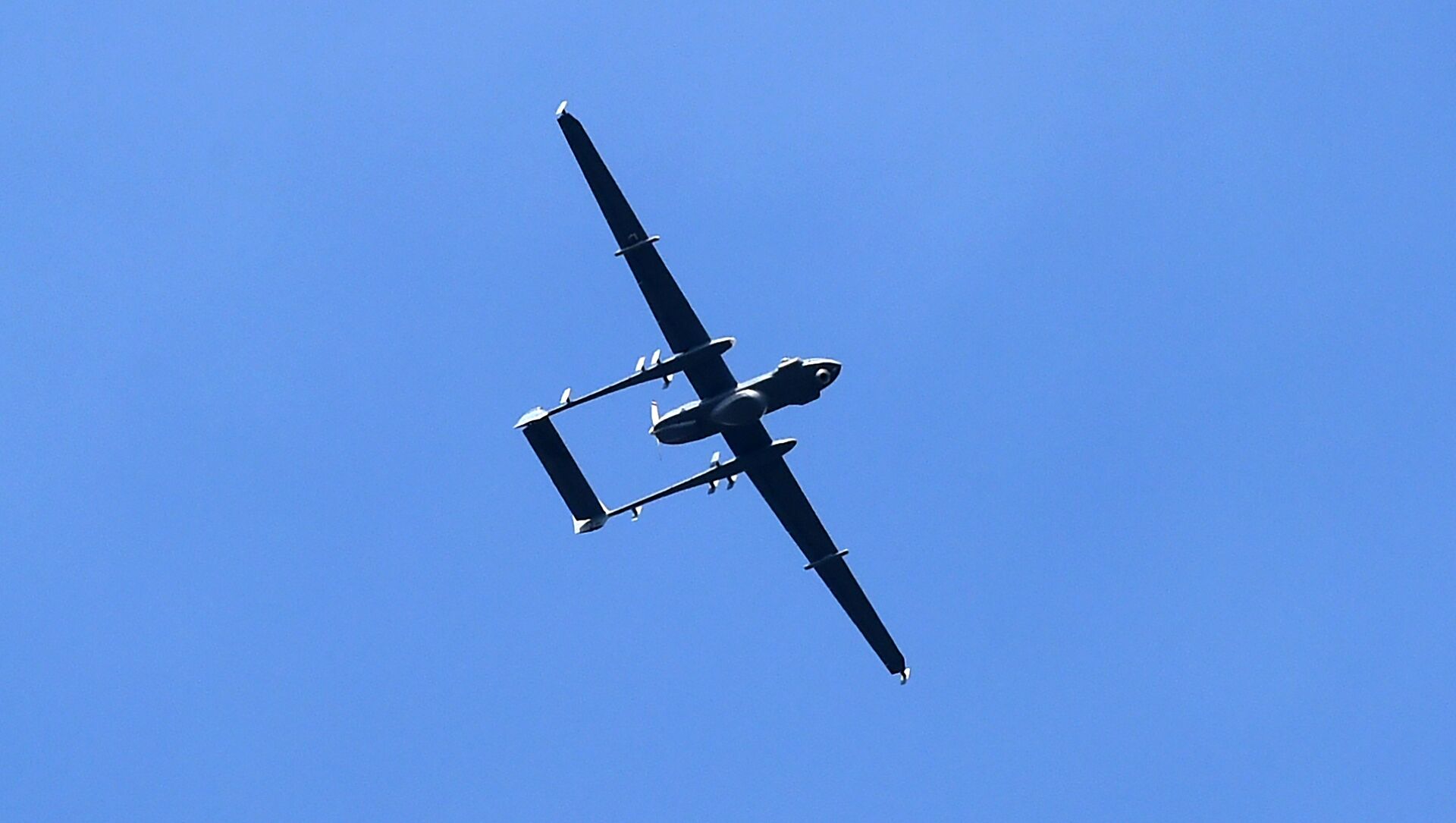 Rishikesh Kumar
All materialsWrite to the author
The Indian Air Force has said that two low-intensity explosions were reported early Sunday morning in the technical area of the Jammu Air Force Station. Sources said that aircraft and other equipment are safe, while two people received injuries in the blasts.

Two drones were used to carry out an attack on an Indian Air Force station in Jammu on Sunday morning, sources in Jammu told Sputnik. They said that the low-intensity blasts were likely caused by improvised explosive devices (IEDs) dropped by quadcopter drones. This is the first attack of its kind on an air base station in the country, including insurgency-hit Jammu and Kashmir.

“Two low intensity explosions were reported early Sunday morning in the technical area of Jammu Air Force Station. One caused minor damage to the roof of a building while the other exploded in an open area”, the Indian Air Force said in a statement without sharing the exact nature of the attack.

There was no damage to any equipment. "Investigation is in progress along with civil agencies", the Indian Air Force added.

Meanwhile, sources have ruled out the possibility of a grenade being thrown in from outside. Defence sources said that the blast site is far away from the outer perimeter wall and out of a grenade launch area.

India and Pakistan reached an agreement in February this year to completely stop the firing along the border, including the Line of Control (LoC).

The dispute over Jammu and Kashmir has been ongoing since 1947. New Delhi claims sovereignty over the entirety of the Jammu and Kashmir region, currently divided by the Line of Control between India and Pakistan.