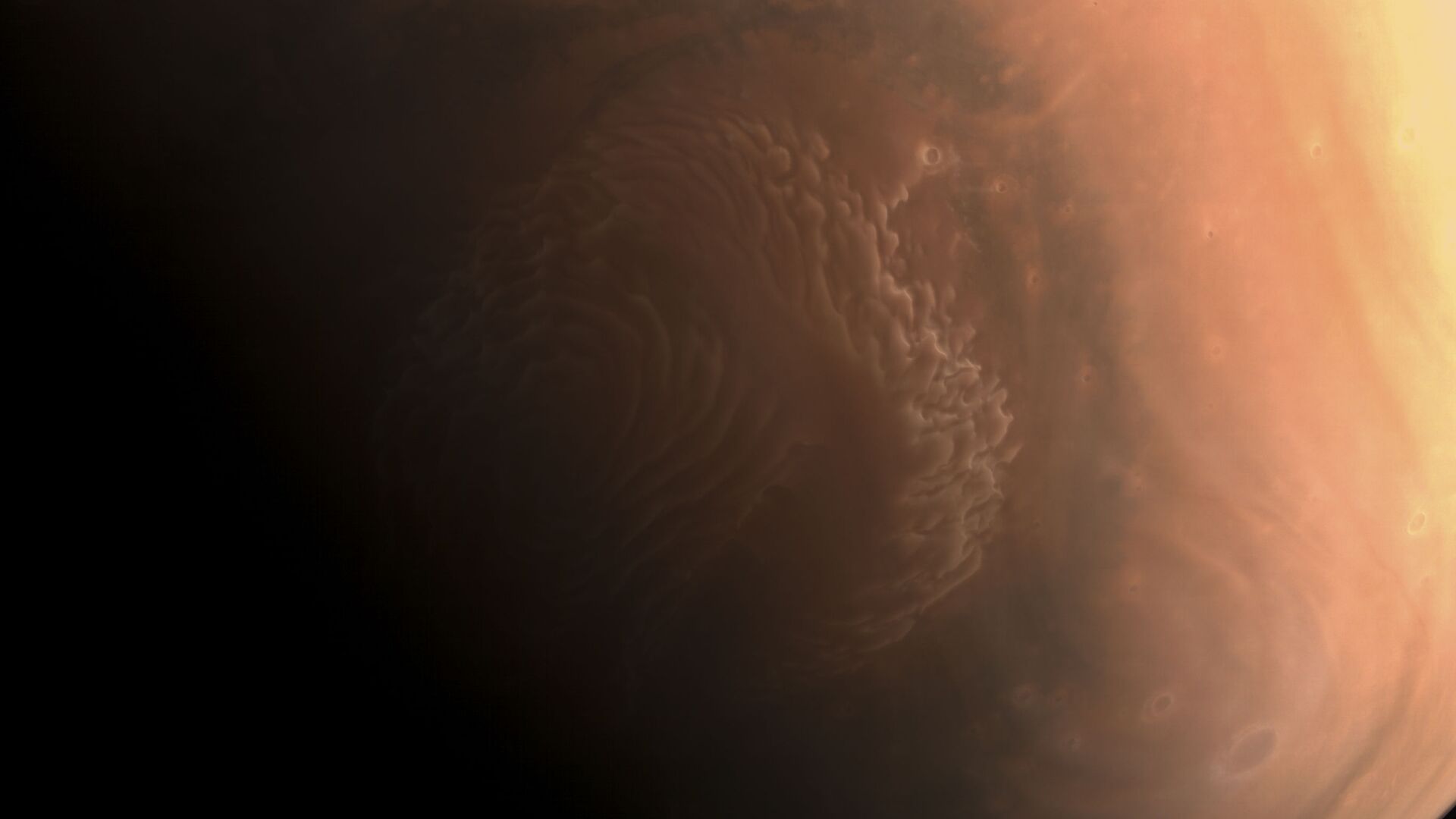 © CNSA
Subscribe
International
India
Africa
Max Gorbachev
All materialsWrite to the author
China's first Mars rover named after the god of war and fire in local mythology landed on the Red Planet in mid-May. According to the China National Space Administration (CNSA), it will study the Martian atmosphere, geological characteristics, as well as the planet's magnetic field. The first findings are expected to be reported this year.

China's space agency has released new images and videos captured by its Zhurong probe on Mars. One of the videos shows the deployment of a parachute system as the probe was landing on Mars, while the other shows the probe roaming the Red Planet's surface.

​The data was sent to Earth via the Tianwen-1 satellite, which has been orbiting the Red Planet since the beginning of the year. State broadcaster CCTV said the Martian explorer has driven 236 metres in 42 sols (Martian days).

"The orbiter and the Mars rover are in good working condition, reporting safely from Mars to the party and the motherland", reads a statement released by the China National Space Administration (CNSA).

As mentioned earlier, the Zhurong probe will study the Red Planet's atmosphere and geological characteristics, which researchers hope will shed light on the evolution of Mars. However, its primary focus is Utopia Planitia, a huge impact basin, where scientists hope to find signs of water or ice and possibly reveal whether Earth's neighbour ever sustained life.

While Zhurong studies Utopia Planitia, NASA's Perseverance rover has been examining the Jezero crater, which too could contain signs of life.