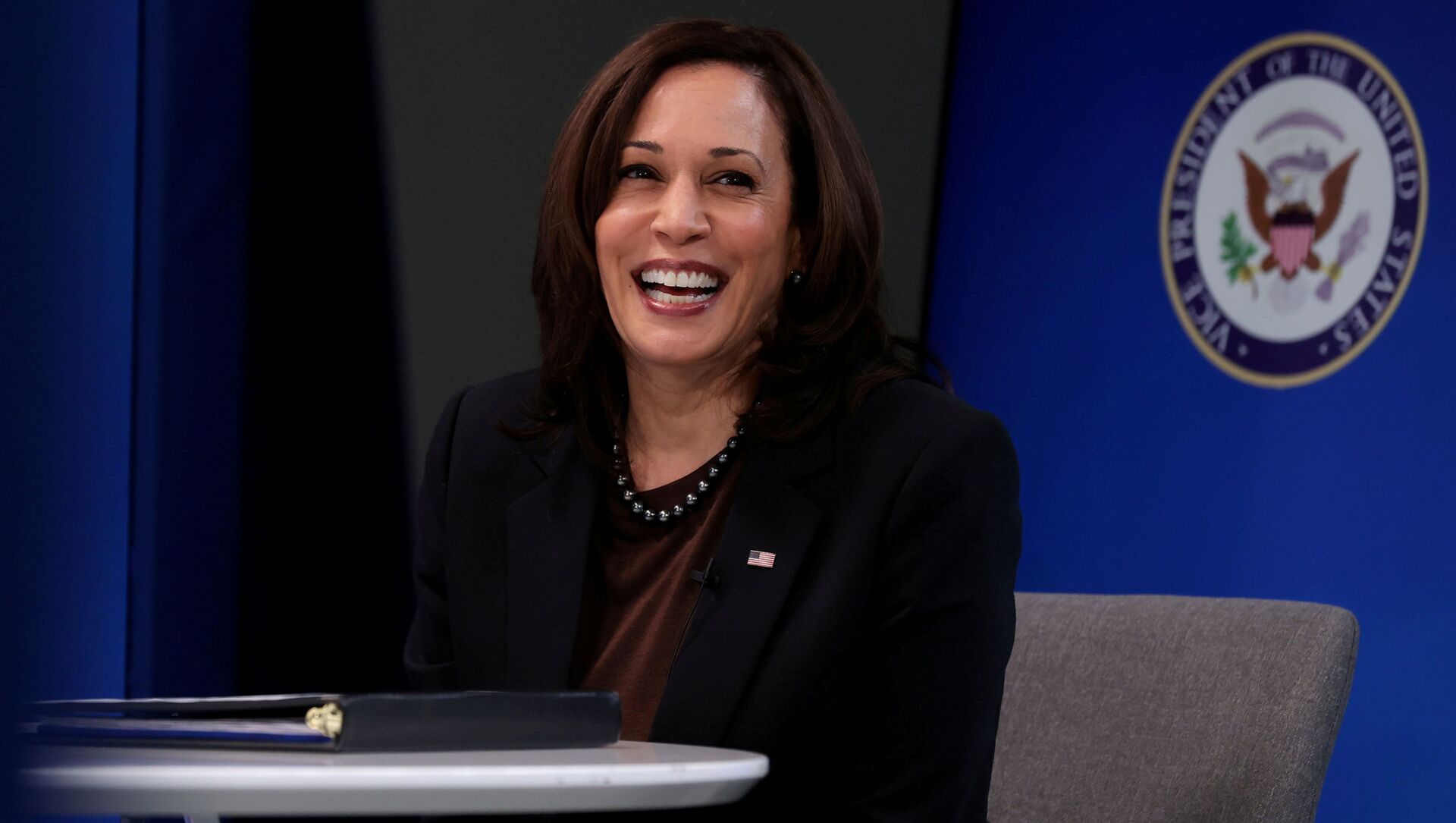 Ekaterina Blinova
All materialsWrite to the author
On 25 June, Vice President Kamala Harris visited a border-patrol facility and port of entry in El Paso, Texas, amid pressure from GOP lawmakers and progressive politicians from her own party.

The number of illegal border crossings has soared dramatically in recent months. Over 180,000 individuals tried to enter the US via its southern frontier in May alone, according to Customs and Border Protection. This represents a "staggering 674 percent increase" compared to May 2020 when 23,237 illegal aliens were apprehended, US conservative media outlet The Daily Wire noted on 10 June. The GOP and conservative observers pin the blame for the unfolding border crisis on the Biden administration that reversed Donald Trump's policies, which appeared to curb the tide of illegal entries.

Interesting Timing & Choice of the City

"Vice President Kamala Harris finally visited the US-Mexico border on Friday, although the location she chose, El Paso, is about 1,000 miles away from where most of the illegal border crossings occur in Texas, down in the lower Rio Grande Valley between Rio Grande City and Brownsville," notes Mark Jones, a political science professor at Rice University’s Baker Institute for Public Policy, based in Texas.

Apparently, Harris decided to stop off in El Paso’s because the city's residents are more supportive of the vice president than those elsewhere along the border, the academic suggests. In addition to that, going to an area with relatively low levels of illegal border crossings or crossings by those requesting asylum, the vice president reduced the risk of any unflattering photo-ops, according to him.

While in El Paso, Harris nevertheless failed to visit the government detention centre for unaccompanied migrant children at Fort Bliss (a US Army Base) in El Paso, apparently trying to evade yet another photo-op nightmare, the political scientist remarks.

Vice President Kamala Harris isn't even going to the border.

She's flying into El Paso and going to a Border Patrol facility that's miles from the physical border before flying to Los Angeles for the evening. pic.twitter.com/2VWd0aQSoC

​The VP's apparent manoeuvre has not gone unnoticed by the Republicans and some of her party fellows, who called the visit "a politically safe trip."

"I’m sure her planners told her that if you’re going to go down to the border, go to a, something that’s safer to go to that is politically safer," Rep. Henry Cuellar (D-TX) from the Rio Grande Valley Sector told Fox News earlier this week.

Nick Miroff of The Washington Post has also drawn attention to Harris' move, suggesting on Twitter that "in El Paso, she can be hosted by Rep. Veronica Escobar, who has been reliably supportive." In addition to that, "El Paso has been less impacted than RGV, AZ," the reporter added.

Why would Harris choose to visit El Paso over other areas of the border, like RGV or Arizona?

In El Paso, she can be hosted by Rep. Veronica Escobar, who has been reliably supportive. In RGV, Laredo, AZ, Dem lawmakers have been critical of Biden admin, want more enforcement. https://t.co/EO41xISv1H

​Meanwhile, former President Donald Trump ridiculed Harris, suggesting that had he not suggested a trip to the US southern border together with Texan Governor Greg Abbott, she would have never gone there. The ex-president is expected to visit the South Texas border town of Edinburg on 30 June.

For his part, Abbott wrote on Twitter: "Kamala Harris to finally visit the border months after being tapped to handle the migrant crisis. After 91 days of being Border Czar, VP Harris is not even going where the crisis is taking place! Interesting timing..."

The VP tried to defend both the timing of her visit and the choice of El Paso, insisting that she announced her plans in March and that she picked the city specifically because “it is here in El Paso that the previous administration’s child separation policy was unveiled."

EL PASO TX: Kamala Harris finally arrives for her so called Border Visit and it’s already off to a brutal start

This woman is obviously not prepared for anything

​"Harris had likely avoided the border because immigration is a sensitive topic for the Biden administration, one where it finds he receives fire from both sides when it rises to the top of the media agenda, and one way to reduce media coverage of the border is for the President and Vice President to stay away from the border," suggests Jones. 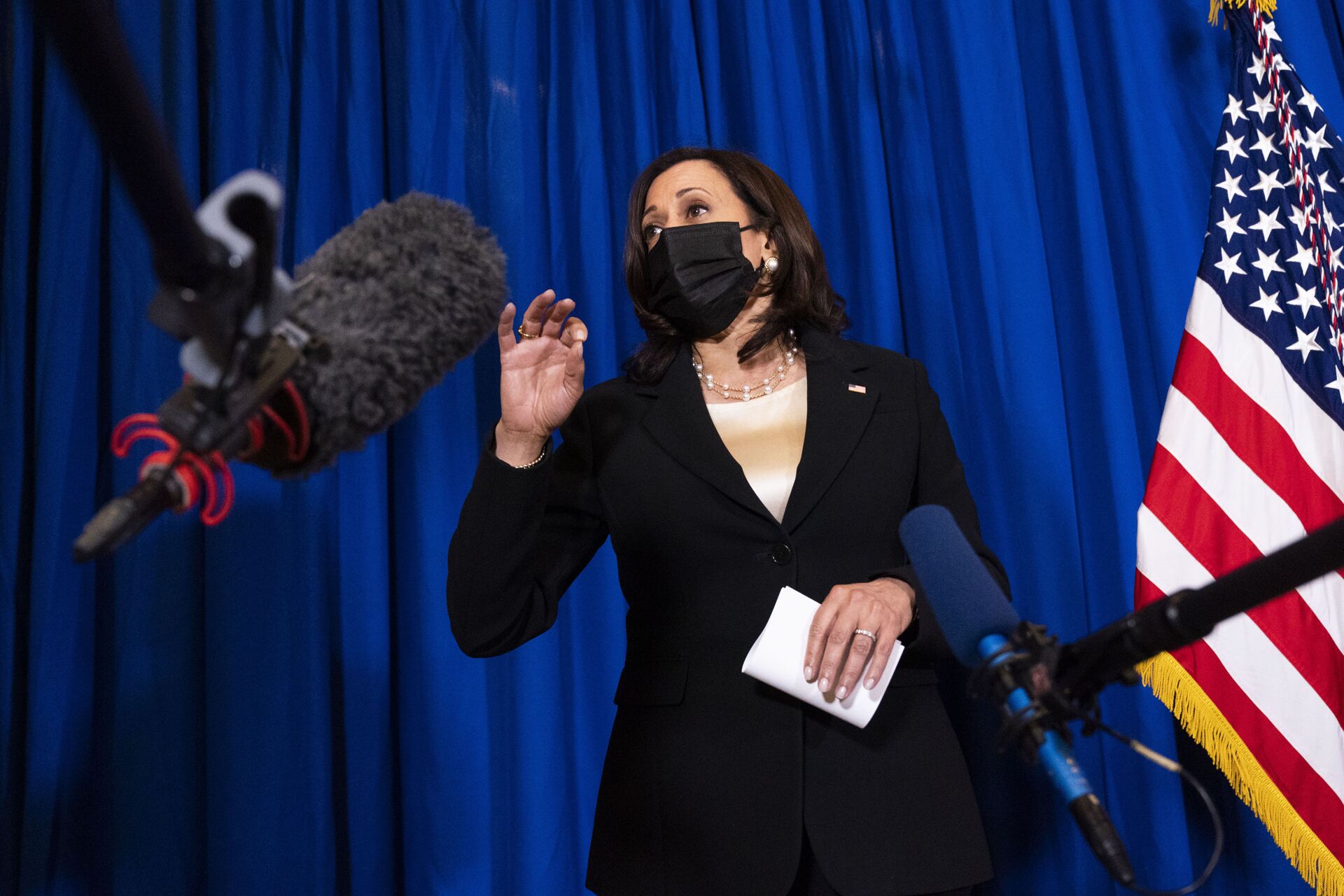 Grilled by the Left and Right

Immigration has turned out to be a tricky issue for the Biden-Harris administration, according to the professor. On the one hand, the government has been subjected to criticism by the GOP for rolling back all of Trump's border policies and announcing new migrant reform, which has apparently increased in the number of asylum seekers from Central America’s Northern Triangle (El Salvador, Honduras, Guatemala).

On the other hand, the White House "continued enforcement of immigration law, featuring the detention and deportation of many undocumented immigrants has enraged the Democratic Party’s left wing, which has long advocated for much more open borders," according to the professor.

Therefore, during a June trip to Guatemala, the American VP stated that undocumented migrants from the Latin American state should not come to the US.

"I want to be clear to folks in the region who are thinking about making that dangerous trek to the United States-Mexico border," Harris said. "Do not come. Do not come."

Later in the day, progressive New York representative Alexandria Ocasio-Cortez subjected the vice president to criticism on Twitter calling her comments "disappointing to see." AOC highlighted that "the US spent decades contributing to regime change and destabilisation in Latin America."

"We can’t help set someone’s house on fire and then blame them for fleeing," AOC said.

​According to the academic, Harris did make it very clear during her first border trip "that she understands the principal causes of the flow of undocumented migrants from Central America’s Northern Triangle."

"[These factors are] endemic poverty, extreme violence and deep corruption, and that until those push factors are ameliorated, the flow of immigrants across the US-Mexico border is unlikely to decrease, regardless of any US efforts to ramp up border control and enforcement," Jones concludes.