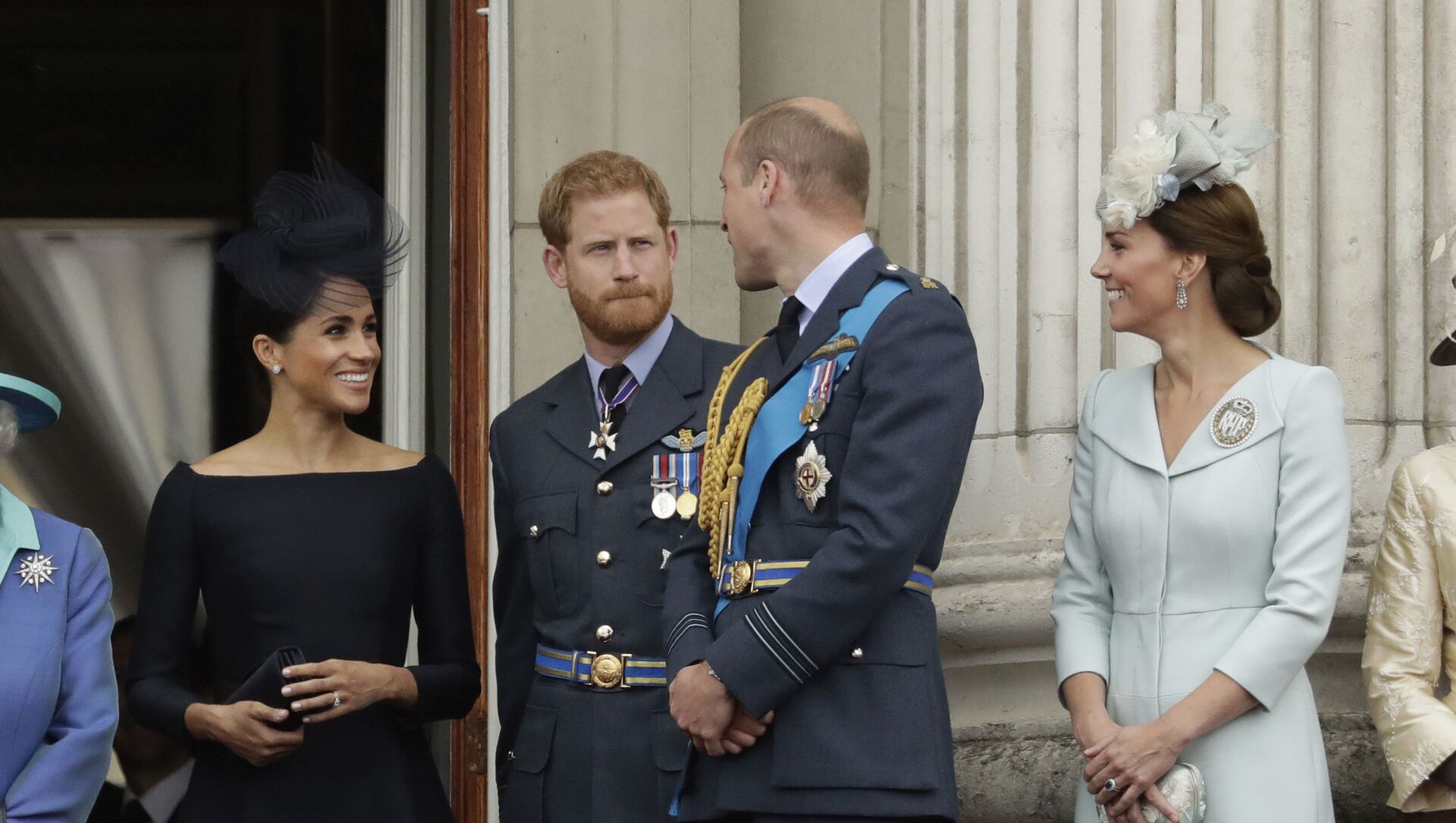 Aleksandra Serebriakova
Moscow-based Sputnik correspondent specializing in foreign affairs.
All materialsWrite to the author
Prince Harry has just returned to the UK to commemorate his mother’s birthday by unveiling a statue of Princess Diana at Kensington Palace. His brother Prince William is also expected to take part in the ceremony – but relations between the two are rumoured to be rather strained at the moment.

It's widely believed that Prince William is not a fan of his “merciless” sister-in-law Meghan Markle.

According to royal biographer Robert Lacey, who penned the explosive "Battle of Brothers" book last year – and has also updated it with new chapters – the Duke of Cambridge once referred to Meg as a “bloody woman” following claims she bullied royal staff.

The comment was allegedly made when someone pointed out to William that “everyone has a difficult sister-in-law."

“William's response was to nod his head in sage acceptance. Then suddenly he broke out angrily. 'But look at the way that bloody woman treated my staff — merciless!'” Lacey wrote for The Daily Mail.

The Duchess of Cambridge denied earlier claims that she bullied two personal assistants out of the royal household and humiliated others first revealed by The Times in early March. Buckingham Palace rushed to assure the public that all the allegations would be reviewed. 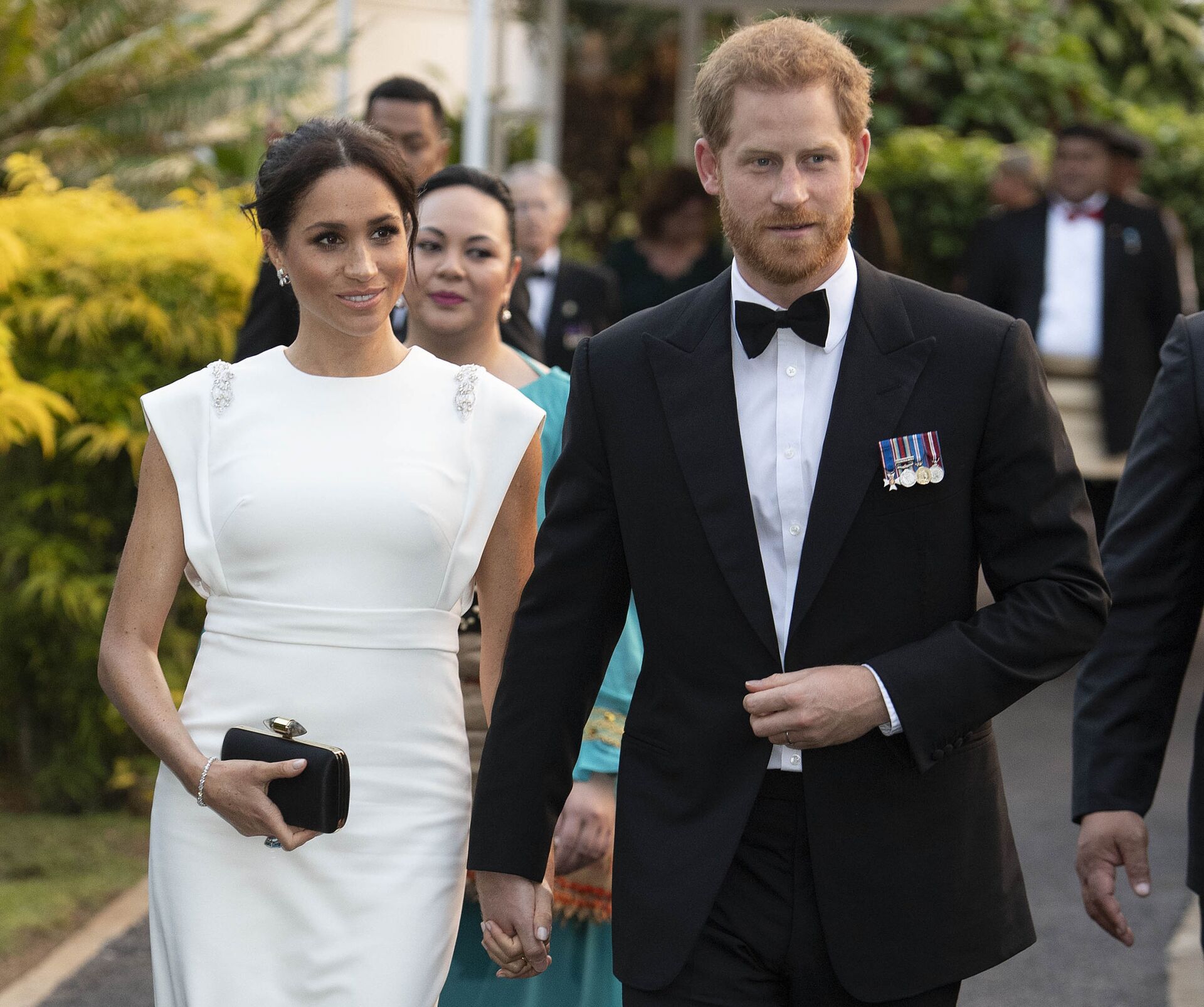 William is not alone in experiencing difficulties with his brother’s wife over her “bizarre combination of self-promotion and self-pity,” the author points out – Harry's close friends are also reportedly weary of the actress.

“Meghan can be a 500 per ent nightmare,” Harry’s unnamed pal told the biographer. “The never-ending PR. She's just so . . . American!”

The brothers are soon set to meet for the unveiling of their mother’s statue. In April, they were spotted talking cordially after being brought together by "peacemaker" Kate Middleton during Prince Philip’s funeral. Many believed that their grandfather’s death may have been an olive branch of sorts for Harry, but sources told Lacey this wasn't the case when the two returned to the palace after the funeral.

“There they were, at each other's throats as fiercely as ever,” their long-time friend recalls. “The rage and anger between those two has grown so incredibly deep. Too many harsh and wounding things have been said.”

The brothers apparently don't see eye-to-eye on many points, especially after Harry’s recent attacks on the monarchy in his co-produced documentary "The Me You Can’t See" and the Sussexes' bombshell interview with Oprah Winfrey.

William was reportedly not happy with Harry’s "truth-bombing" and the leaking of  stories to the American press.

Sadly enough, it looks like the conflict between Diana’s sons isn't going to end any time some, Robert Lacey, who also consults "The Crown" show, believes. According to the author, the relationship between the two brothers deteriorated rapidly when Prince William advised Harry several years ago not to rush into marriage with Meghan - advice which didn't go down well.