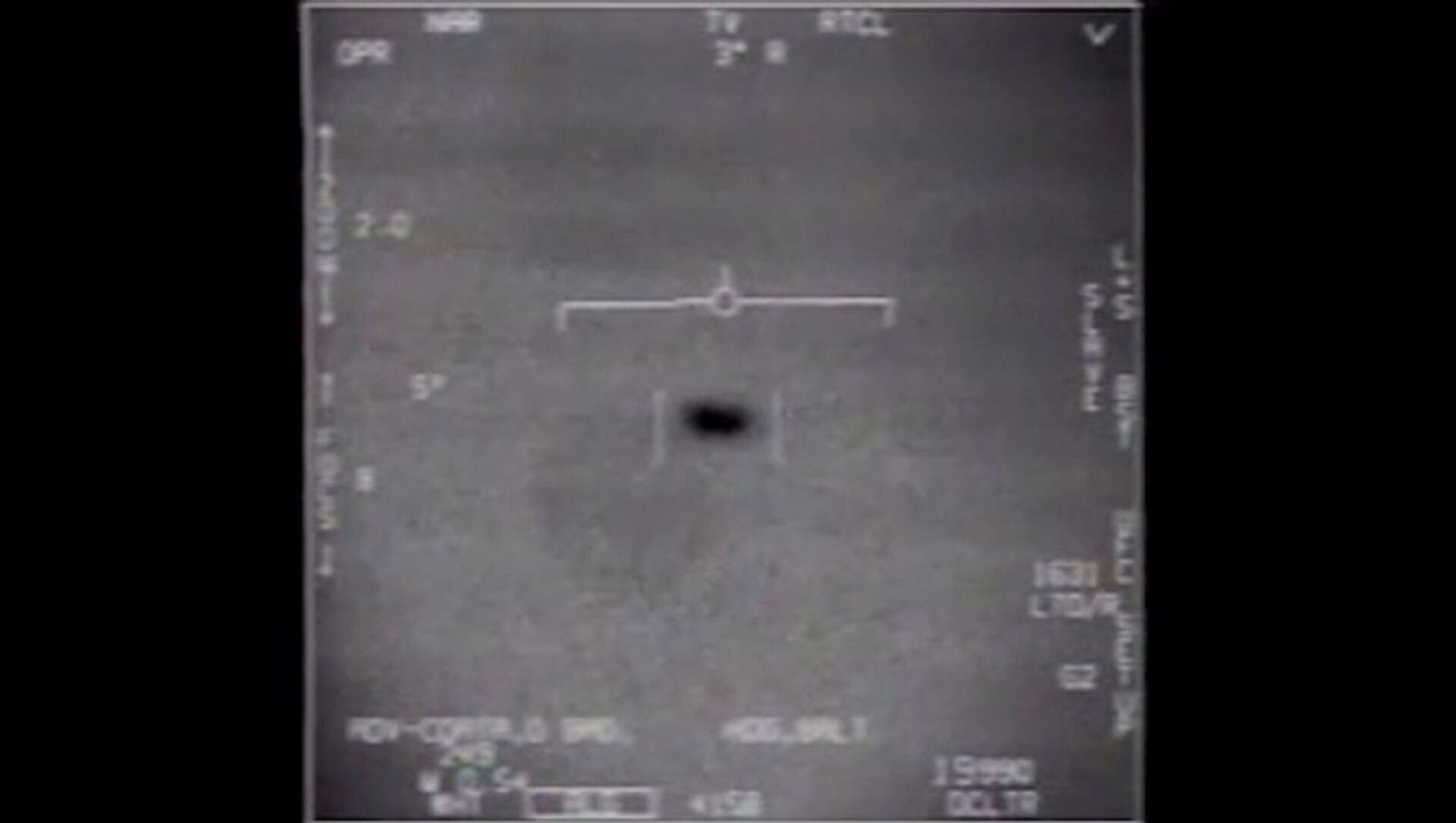 Aleksandra Serebriakova
Moscow-based Sputnik correspondent specializing in foreign affairs.
All materialsWrite to the author
On 25 June, the Office of the Director of National Intelligence published a much-awaited report on a series of Unidentified Aerial Phenomena (UAP) sightings spotted by US Navy pilots over the previous decades. The government didn’t conclude that the studied incidents were of extraterrestrial nature – but didn’t deny it either.

Luis Elizondo, a controversial former Pentagon official who claims that he had been leading the government’s Advanced Aerospace Threat Identification Program in the past, called the release of the US intelligence’s report on unidentified flying objects a “historic moment.”

In the report, released by the Office of the Director of National Intelligence (ODNI) on Friday, the officials acknowledged that out of 144 incidents of sightings they reviewed, only one object was proven to be a large balloon. “The others remain unexplained”, the government admitted.

“This is certainly a historic moment for us, for our country, and I think, for our military and our intelligence community,” Elizondo told Fox News’ “Tucker Carlson Tonight” following the report’s release.

The former US Army Counterintelligence special agent praised the government for “formally and officially” admitting that these dozens of UAPs spotted from 2004 to 2021 by Navy pilots were real and “not ours”.

Hello Again! Famous 'Tic Tac' UFO Spotted Over England
“When I’ve had my private communications with some of my former colleagues and some people that are still in Washington DC, the conversation that these are non-human-controlled vehicles, but still intelligently controlled by something or someone, is certainly not off the table,” Elizondo told Fox News.

In the nine-page report, the government didn’t publicly rule out that the spotted objects could have been extraterrestrial in nature – this remains just one of the hinted-at possibilities. Another option is that they could have been a result of “foreign adversary systems” deployed by China, Russia or other nations.

The US government says that there is still not enough data and too much inconsistency in the reporting to say anything about the UFOs with certainty. The ODNI, however, admits that many of the UAPs had “unusual movement patterns or flight characteristics”.

According to Elizondo, there is a lot of stigma and taboo when it comes to reporting of such incidents and admitting that the objects could have originated from aliens: “no one’s having this conversation really publicly… that’s part of the problem”.