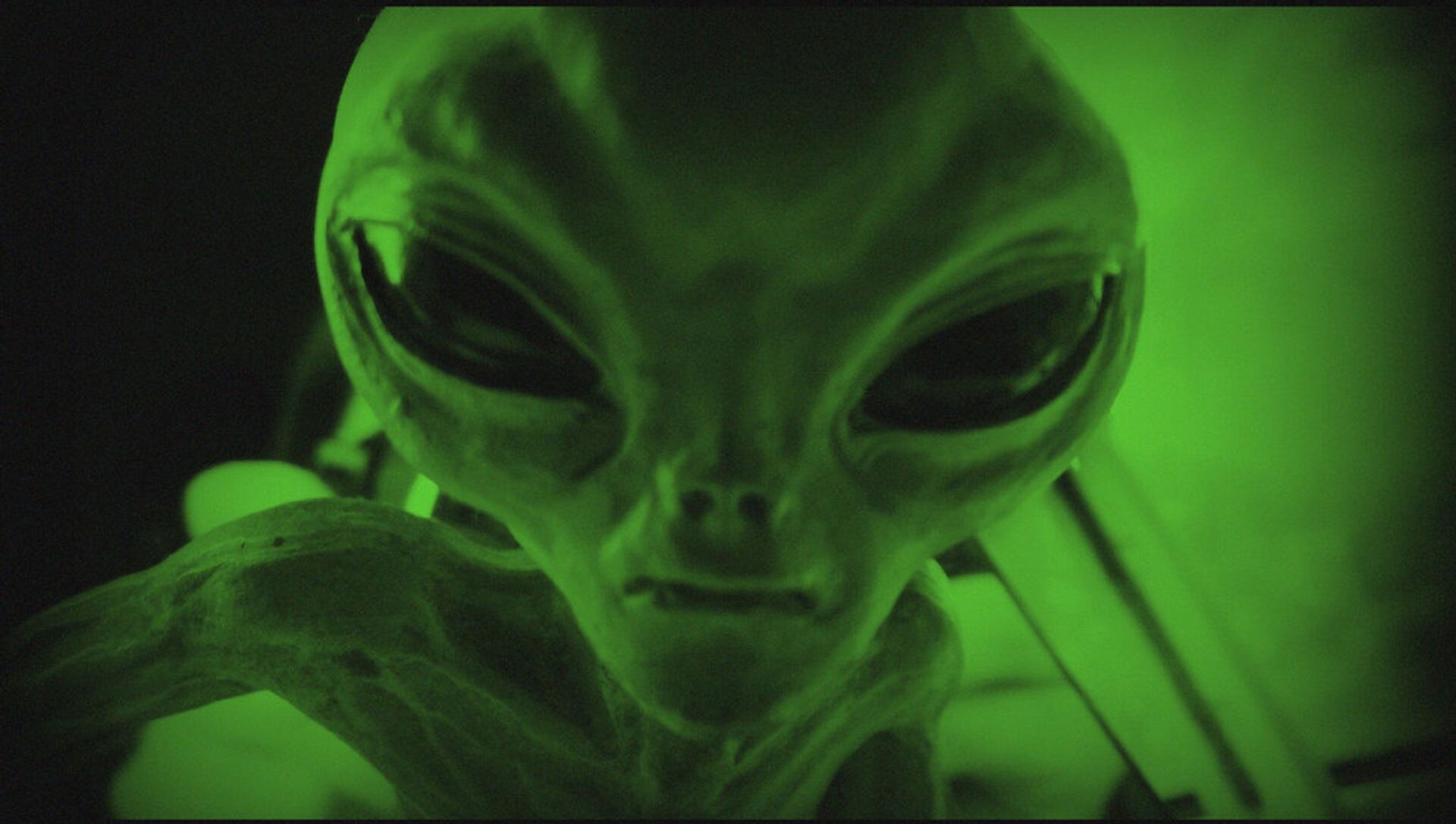 Aleksandra Serebriakova
Sputnik correspondent specializing in foreign affairs.
All materialsWrite to the author
The question of whether extraterrestrial life exist just got a fresh boost after the US government released a highly-anticipated report on UFO sightings recorded by American pilots in previous decades.

Bizarre conspiracy theories about the existence of a so-called Dulce Base – an underground facility in New Mexico allegedly operated by aliens – has been circulating in the media following the release of the Director of US National Intelligence’s report on unidentified flying phenomena previously spotted by US servicemen.

The theory, first proposed by Albuquerque businessman Paul Bennewitz and then coined by other UFO ‘truthers’, suggests that the cryptic facility is being run by ‘grey aliens’ (or Grays) that have been abducting humans and carrying out extreme experiments with them.

According to excerpts from the 1990 book The Ultimate Deception, written by Commander X (his identity remains debated but the Daily Star maintains the author’s real name is Milton William Cooper), the base is home to multi-legged human hybrids bred by nasty UFOs.

“There are at least seven different levels at Dulce, with Level Six known as ‘Nightmare Hall’. This level is used for most of the experimentation by the Greys,” Commander X wrote in the book.

The work quotes one person, who claimed to have been “working in a slave camp under the spell of the Greys”. The source apparently said that apart from a half human/half octopus, he had also witnessed a bunch of other mysterious creatures at the base, including seven foot tall giants.

"Also Reptilians, and furry creatures that had hands like humans and cry like babies. It mimics human words… also huge mixtures of Lizard-humans in cages,” the escaped source apparently told the author.

World
'Much Bigger Thing to Worry About': UFOs Are Alien, Not Some Terrestrial Tech, Says US Senator
Unsurprisingly, these claims have been put under extreme scrutiny in previous decades. These conspiracy theories were raised once again on the AlienHub.com forum in 2009. UFO enthusiasts quoted the words of “terminally ill” Thomas Edwin Castello, who says he has been working as a security guard at the facility, to claim that the aliens there were relying on a mysterious liquid to sustain their lives. The question of whether aliens had sex has preoccupied the minds of enthusiasts at the forum ever since.

The existence of the Dulce Base has never been proven but the idea has found a support among local authorities for the sake of boosting tourism to the area. In 2016, Dulce town even hosted a UFO Conference.

Meanwhile, this conspiracy theory was not mentioned in the government’s new report discussing 144 instances of Unidentified Aerial Phenomena sightings, most of which remained unexplained.