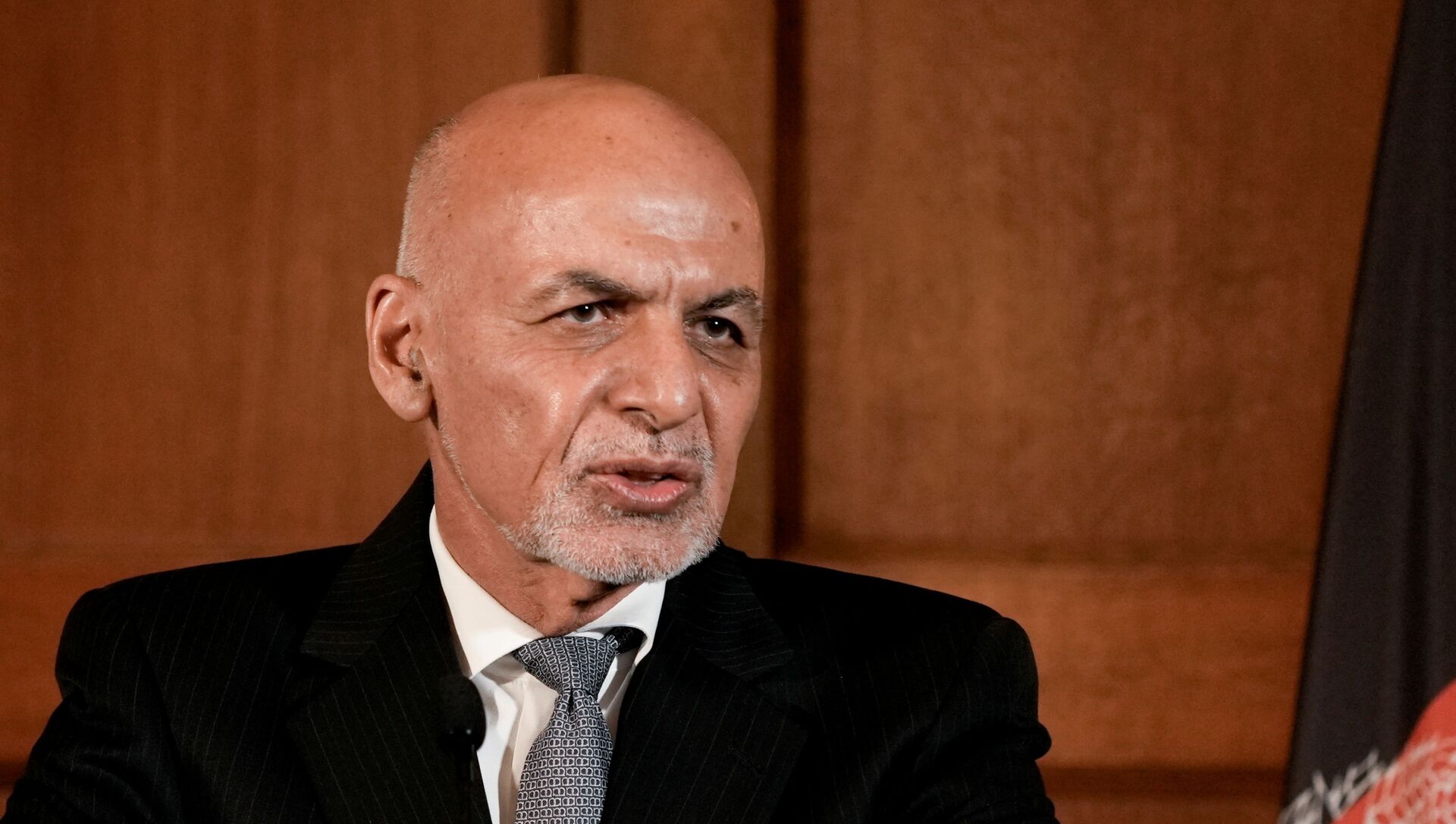 Morgan Artyukhina
All materialsWrite to the author
The US is preparing to evacuate up to 25,000 collaborators as it withdraws from Afghanistan, including interpreters, drivers, security guards, and clerks, among others, over fears they will be targeted for working with an occupation that has killed tens of thousands over the past two decades.

Speaking in Washington, DC, on Friday, Afghan President Ashraf Ghani said he has not asked US President Joe Biden to delay the pullout of US troops despite a renewed Taliban offensive, and that other nations should “bet” on his government in Kabul and not the rebels.

Ghani traveled to the US with Abdullah Abdullah, chair of the High Council for National Reconciliation, on Friday to meet with senior US officials ahead of the final withdrawal of the main US force in Afghanistan in the next two weeks.

"The false narrative of abandonment is just false," Ghani told reporters. He later noted that he did not ask the American president to delay the pullout of US troops, and said he respects the decision. However, he acknowledged it would have an enormous impact on the region. 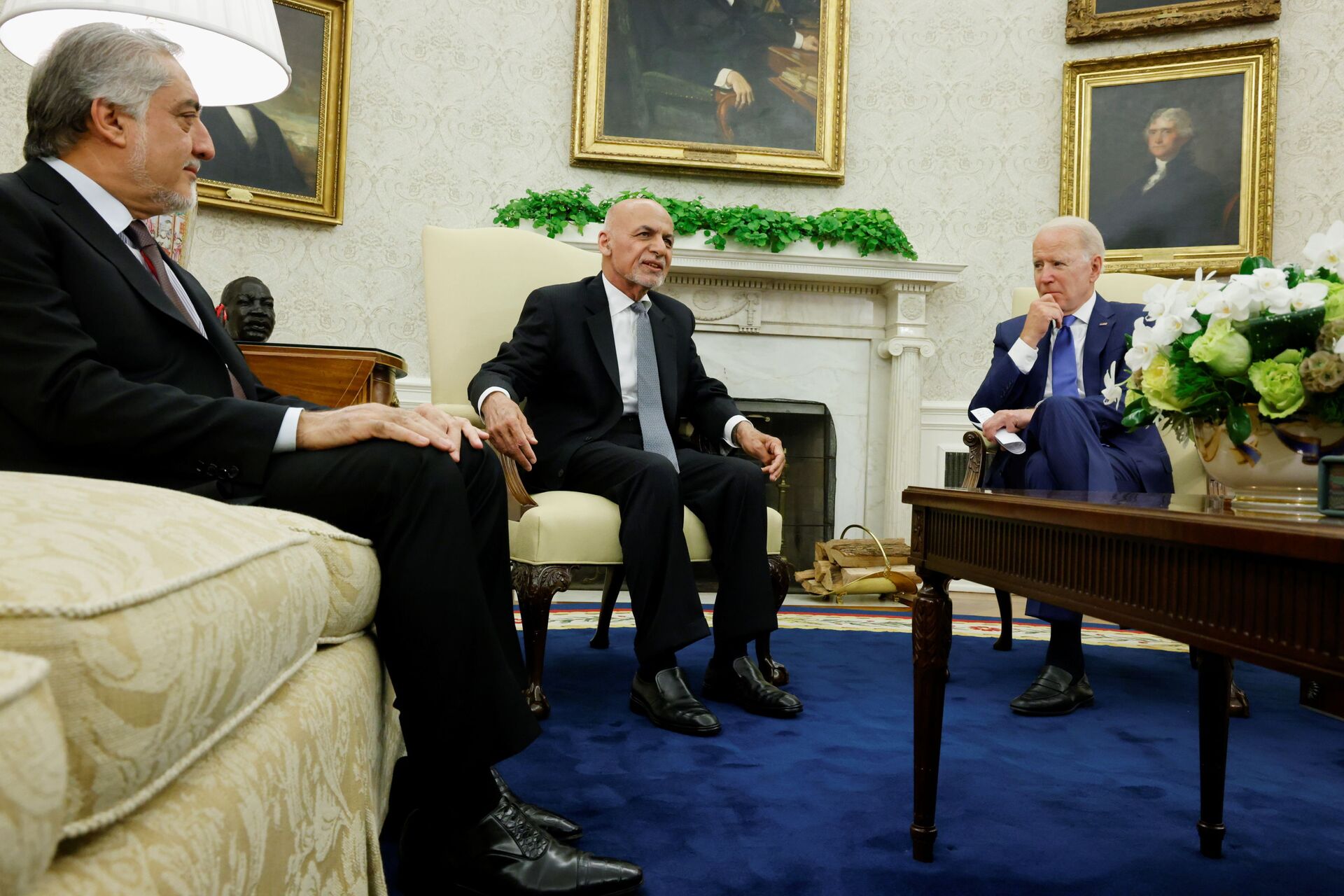 On Thursday, the Associated Press reported that about 650 US troops would remain behind for security purposes at the US embassy and Kabul airport until as late as September, but that the rest of the remaining 2,500-strong US force would be out of the Central Asian country by July 4, citing an anonymous administration source.

The withdrawal is part of a deal engineered in February 2020 with the Taliban, an Islamist militant group that ruled Afghanistan for several years until be overthrown by the US invasion in October 2001, at which time it returned to irregular warfare against the US and the new US-backed Afghan government. However, almost 20 years later, the US and its allies have failed to destroy the Taliban, which controls much of the countryside outside of a handful of large cities like Kabul and Herat.

The ceasefire is just between the Taliban and the US, though: no parallel deal with the Kabul government of Ghani has yet been reached.

Afghan Foreign Minister Mohammad Haneef Atmar told the United Nations Security Council on Tuesday that Ghani had negotiated with the Taliban “in good faith,” but "for almost 10 months now we have had no serious engagement from the Taliban for serious peace negotiation and no response to our proposed peace plan and absolutely no counter proposals.”

Since the passing of the initially-agreed US pullout date of May 1, the Taliban has mounted a new offensive across several northern districts, capturing towns and entering the major cities of Kunduz and Maimana, the New York Times reported on Monday.

UN special envoy to Afghanistan Deborah Lyons told the Security Council on Tuesday that more than 50 of Afghanistan’s 370 districts had been captured by the Taliban since then.

"Those districts that have been taken surround provincial capitals, suggesting that the Taliban are positioning themselves to try and take these capitals once foreign forces are fully withdrawn," Lyons said.

However, parallel to the US pullout, the Afghan security forces have seen a wave of new recruits joining up to fight back against the Taliban advance, according to the Washington Post.

“Everyone has a stake in the system now,” a security adviser to Ghani told the Post on Friday. “Even our strongest critics have enjoyed the freedoms that came with civilian rule. Nobody wants things to go backwards. Our forces can’t be in every village, and we are counting on the people to help. They are not trying to grab power, they are defending the system.”