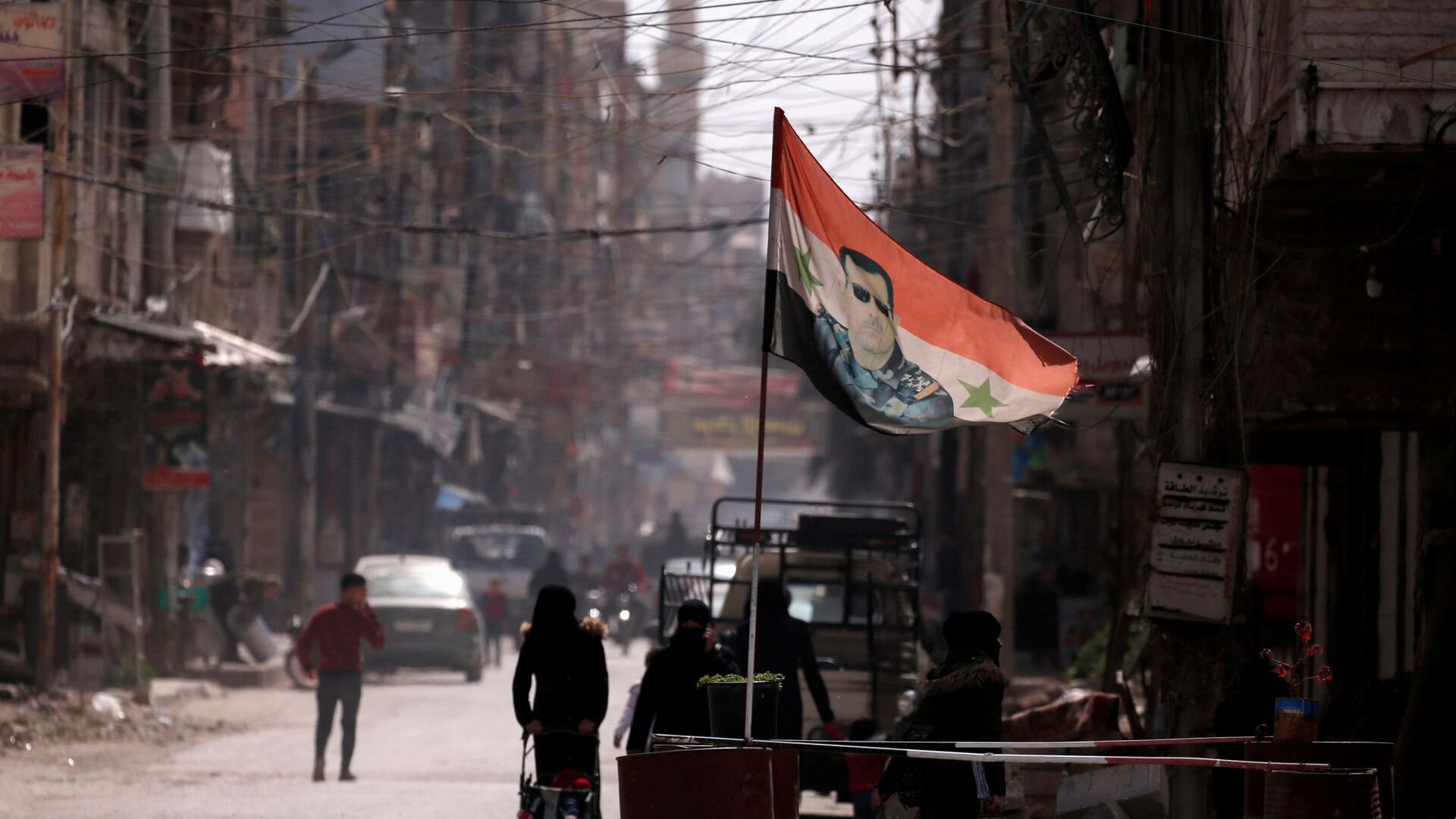 Asya Geydarova
Editor
All materialsWrite to the author
According to a senior US official, Washington is not happy with the absence of a "major change in behavior" of President Assad. This is in fact not surprising, since the primary goal of the United States's (illegal) presence in the country was to overthrow Assad and install a government in favor of Washington.

Acting Assistant Secretary for Near Eastern Affairs Joey Hood warned US allies in the Middle East against normalizing ties with Syria, asking them to consider "very carefully the atrocities committed by the regime on the Syrian people over the last decade", Al Arabiya reported.

Hood gracefully hinted that if the Arab countries chose the path of normalization, they will risk being hit by economic pressure from the United States.

The US economic sanctions and blockades have been a stumbling block preventing states from re-establishing relations with the Syrian Arab Republic. Nevertheless, the UAE and Bahrain did reopen their embassies in Damascus in 2019, and Oman reappointed its ambassador to Syria in 2020.

“I would also, of course, add that we have Caesar [Act] sanctions; this is a law that has wide, bipartisan support in the Congress and the [Biden] administration is going to follow the ball on that,” Hood reportedly said. "So, governments and businesses need to be careful that their proposed transactions don’t expose them to potential sanctions from the United States, under that act."

This comes after President Assad was re-elected in May with 95.1% of the vote. Assad's victory in fact epitomized the US and its allies' failure to oust the Syrian president amid the unrest that broke out in 2011 in the wake of the Arab Spring and triggered a decade-long civil war in the country.

The West in its usual fashion dubbed the presidential elections in Syria "illegitimate". 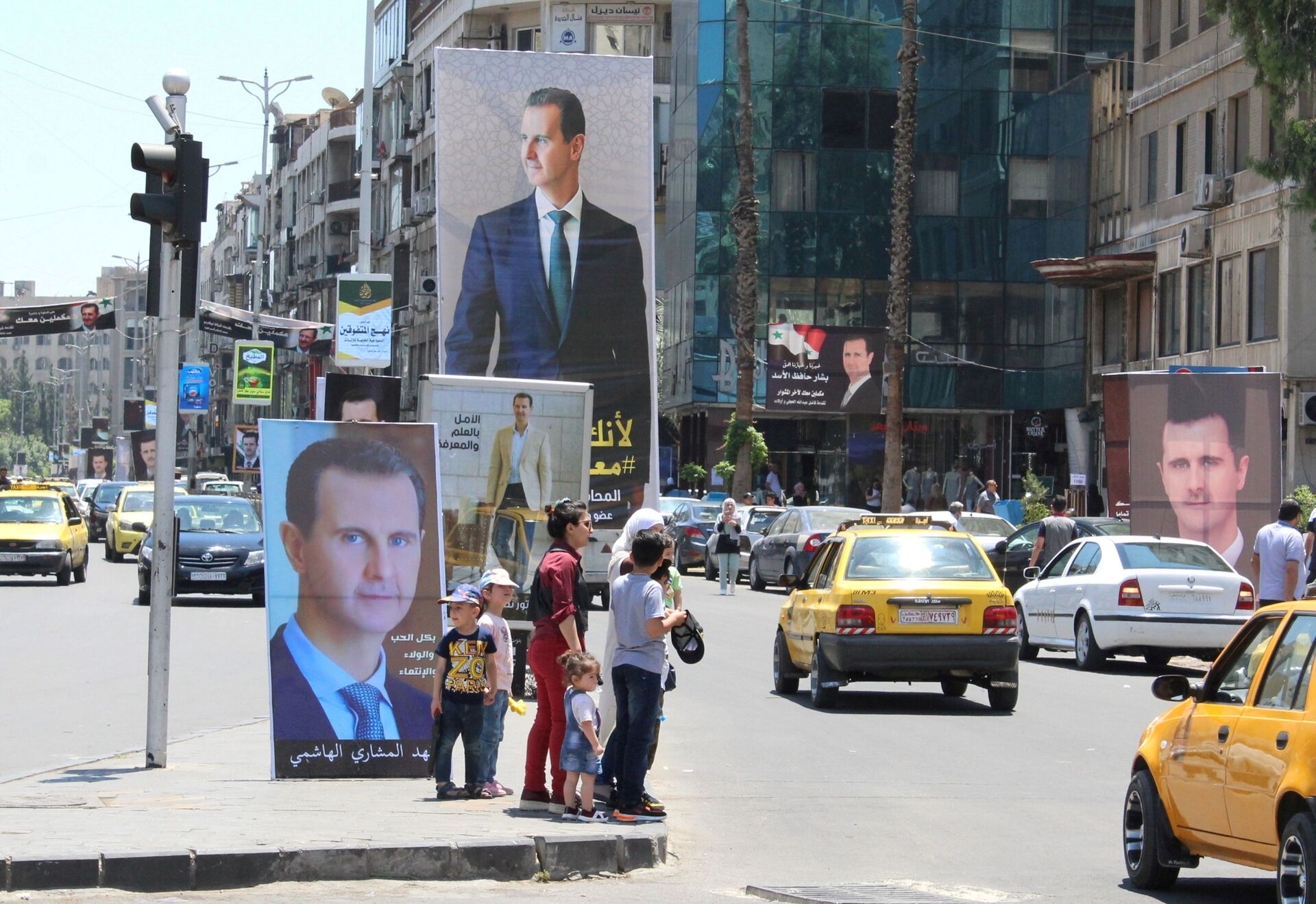 People stand near posters depicting Syria's President Bashar al-Assad, ahead of the May 26 presidential election, in Damascus, Syria May 18, 2021
© REUTERS / FIRAS MAKDESI

While Washington has repeatedly accused Damascus of blocking humanitarian aid to parts of Syria, Assad noted that the US sanctions have been a major obstacle, preventing Syrian refugees from returning to their homeland.

It is also the American troops who Damascus has blamed for plundering the country's wheat and oil resources, with regular reports by the Syrian state media that US troops are transporting terrorists from Iraq to Syria to purportedly prolong their military presence in the country.

World
Russia, Syria Say US Embolden Terrorist Groups in War-Torn Syria
Syria, Russia and Iran have all suggested that the humanitarian situation in the Arab Republic is worse in the regions outside Damascus' control, while pointing to the Western efforts at the United Nations to politicize humanitarian aid to the Arab Republic.

The US presence in Syria was neither requested for, nor approved by the Syrian government.