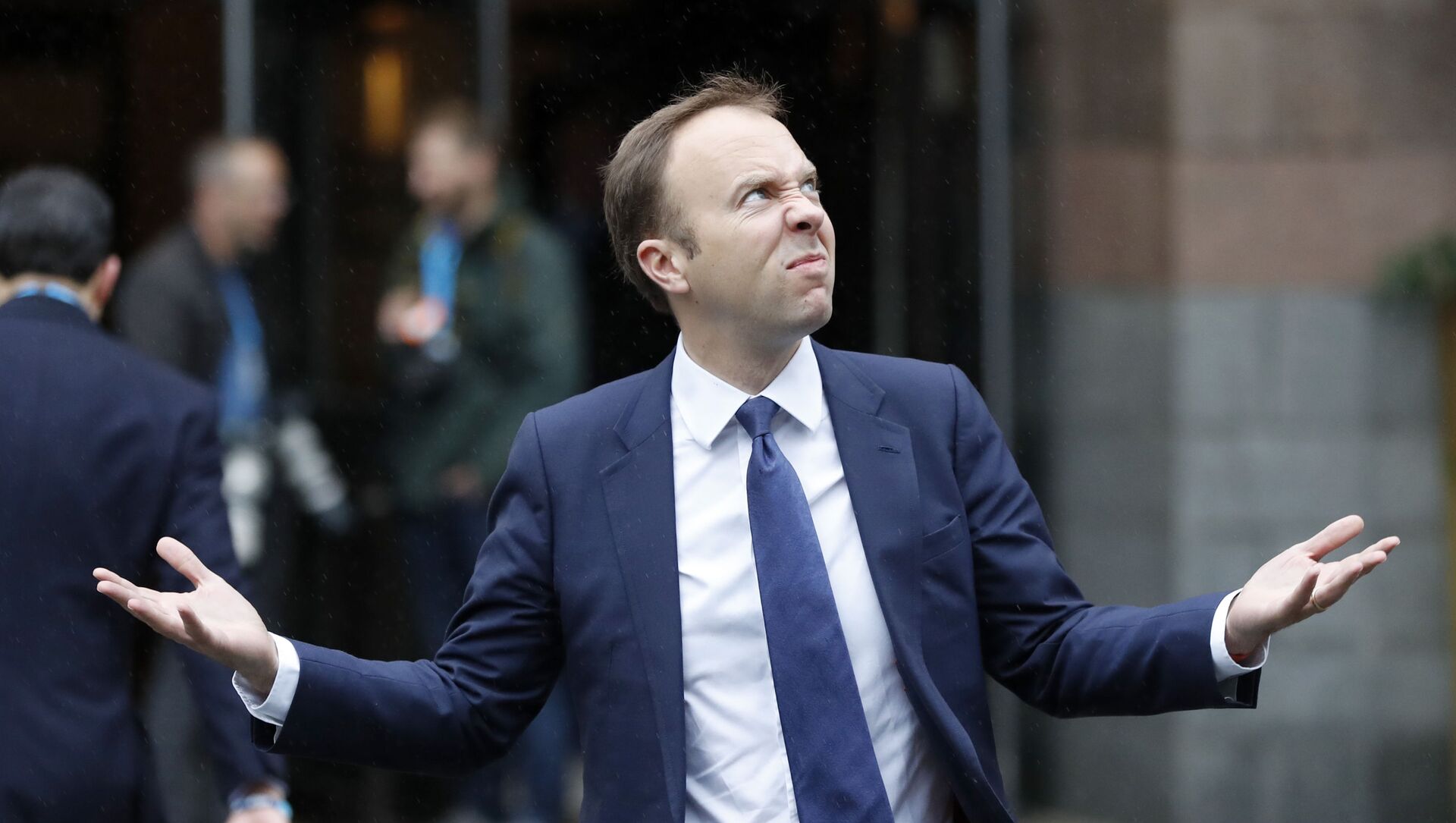 UK opposition party members have called out Matt Hancock on his behaviour and suggested that Downing Street should let him go.

UK Health Minister Matt Hancock has apologized since he has been found in the epicentre of an adultery scandal, involving his close aide.

British media has leaked a photo of Hancock kissing his the aide in his office on May 6. In response, the Health Minister chose to focus on the fact that his behaviour was in breach of social distancing rules rather than in breach of his marital vows.

​Husband of 15 years and father of three children, Hancock dismissed rumours of his resignation after apologising for “breaching social distance guidance in these circumstances.”

“I have let people down and am very sorry," Hancock said.

He said in a statement on Friday that he would be grateful for “privacy for my family on this personal matter."

The woman, Hancock is seen kissing on the footage is reported to be Gina Colandangelo. The pair met at university, Colandgelo getting appointed as an unpaid adviser to Hancock last March.

Labour Party MP Annaliese Dodds has called on Hancock to resign over the controversy.

“He set the rules. He admits he broke them. He has to go. If he won’t resign, the PM should sack him,” Dodds said.

The spokesman for Boris Johnson said on Friday that the PM considered “the matter closed”.

Social media posts appeared on Friday, recalling Hancock’s reaction back in May last year to a breach of social distancing rules by Professor Neil Ferguson.

Ferguson was a government adviser, who was found to have broken lockdown rules by arranging visits from his lover. Hancock said at the time that it was the right decision for Ferguson to resign.

This is Matt Hancock in May last year

Telling Sky News that Professor Neil Ferguson was right to resign after breaking lockdown rules to have an affair pic.twitter.com/0Fc7nOpkso

​In the past few months, Hancock has also faced rigorous criticism by the former Downing Street aide, Dominic Cummings. Cummings accused Hancock of lying to the public over the COVID-19 mass testing progress in 2020.