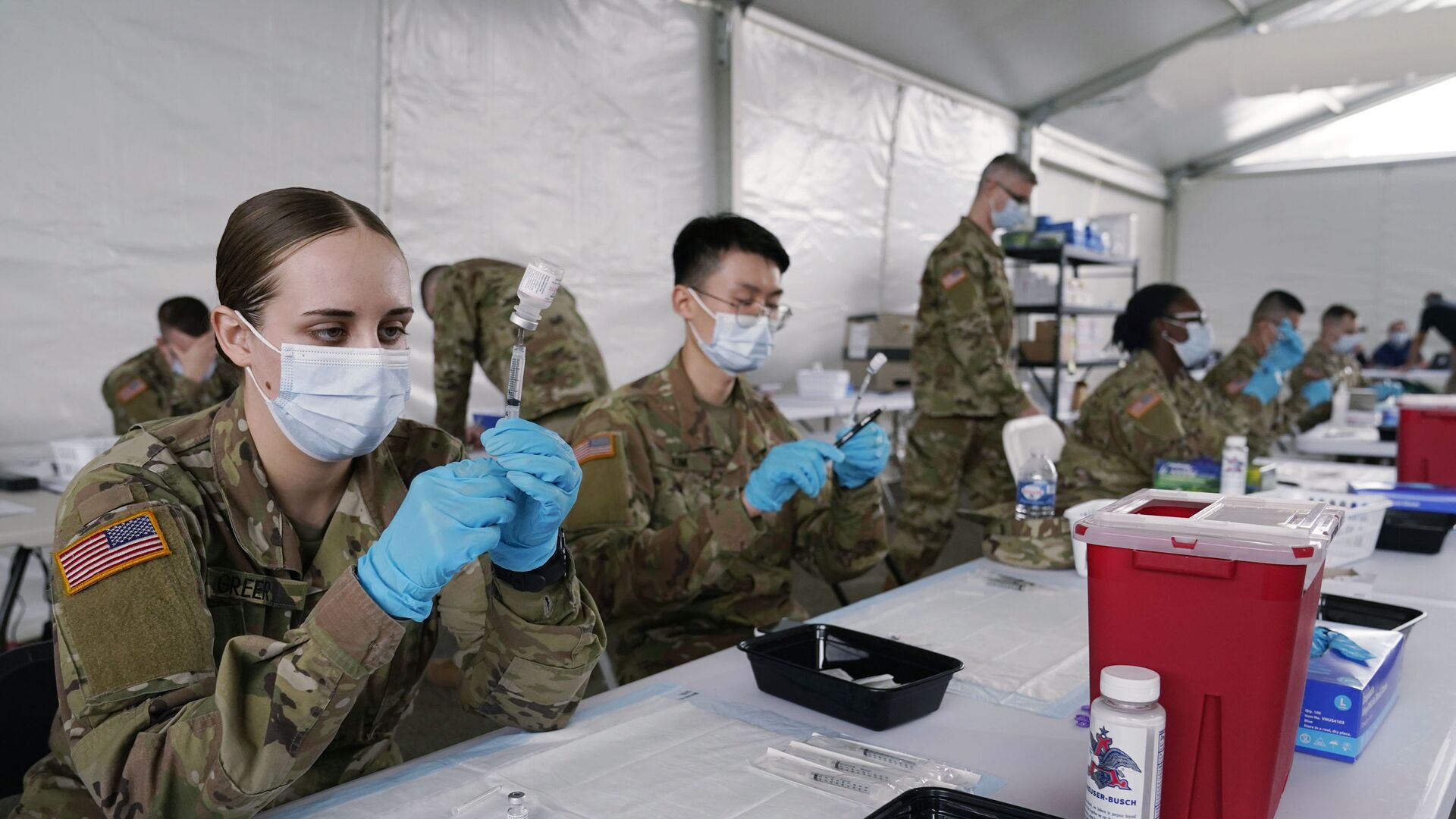 © AP Photo / Marta Lavandier
Subscribe
International
India
Africa
Nikita Folomov
All materialsWrite to the author
Those employees who do not have a medical or religious exemption and do not comply with the requirement could could be fired. This makes San Francisco the first county in California - and probably in the US - to mandate vaccinations for all government employees.

Officials in San Francisco announced on 25 June that coronavirus vaccinations will be required for nearly all 35,000 city employees in the city once a vaccine is fully approved by the US Food and Drug Administration, the San Francisco Chronicle writes.

New ‘Double Mutant’ Coronavirus Variant From India Detected Near San Francisco, Reports Say
For now, the vaccines, used in the United States, are currently administered under emergency authorisation by the FDA, but they are expected to be fully approved in the following months. Once a vaccine receives full approval, an employee will have 10 weeks to get the first shot. Starting 28 June, employees will have nearly one month to report to the city authorities their current vaccination status, including paper vaccination cards or QR code generated by the state’s digital verification system.

These requirements will make San Francisco the first city or county in California, and probably in the country, to require coronavirus vaccinations for public sector employees.

“It’s really a decision for the health and safety of our employees and our public that we serve. It’s about protecting the city as an employer from what we deem to be unacceptable risk,” Carol Isen, San Francisco director of human resources, was cited as saying by the Chronicle.

City authorities had earlier announced that San Francisco would require government workers to be vaccinated in high-risk settings, such as hospitals, nursing homes and jails. The new regulation mandates vaccinations for all city employees, from police and firefighters to City Hall clerks and custodians. Meanwhile, it does not refer to teachers, who are school district employees.

If an employee fails to comply with the new regulation, he or she can be fired.

According to Mawuli Tugbenyoh, chief of policy for the Department of Human Resources, San Francisco already has one of the highest vaccination rates in the state, with about 80% of its residents who are eligible for vaccines having received at least one dose. At the same time, around 60% of city employees live elsewhere in the Bay Area, where vaccination rates may be lower, Tugbenyoh added.

The new policy comes as the highly infectious delta variant of COVID-19 is gaining traction across the United States. Earlier this week, Dr. Anthony Fauci noted during a Wednesday appearance on NBC’s “Today” that the new variant accounted for nearly 20% of the new COVID-19 cases in the country.