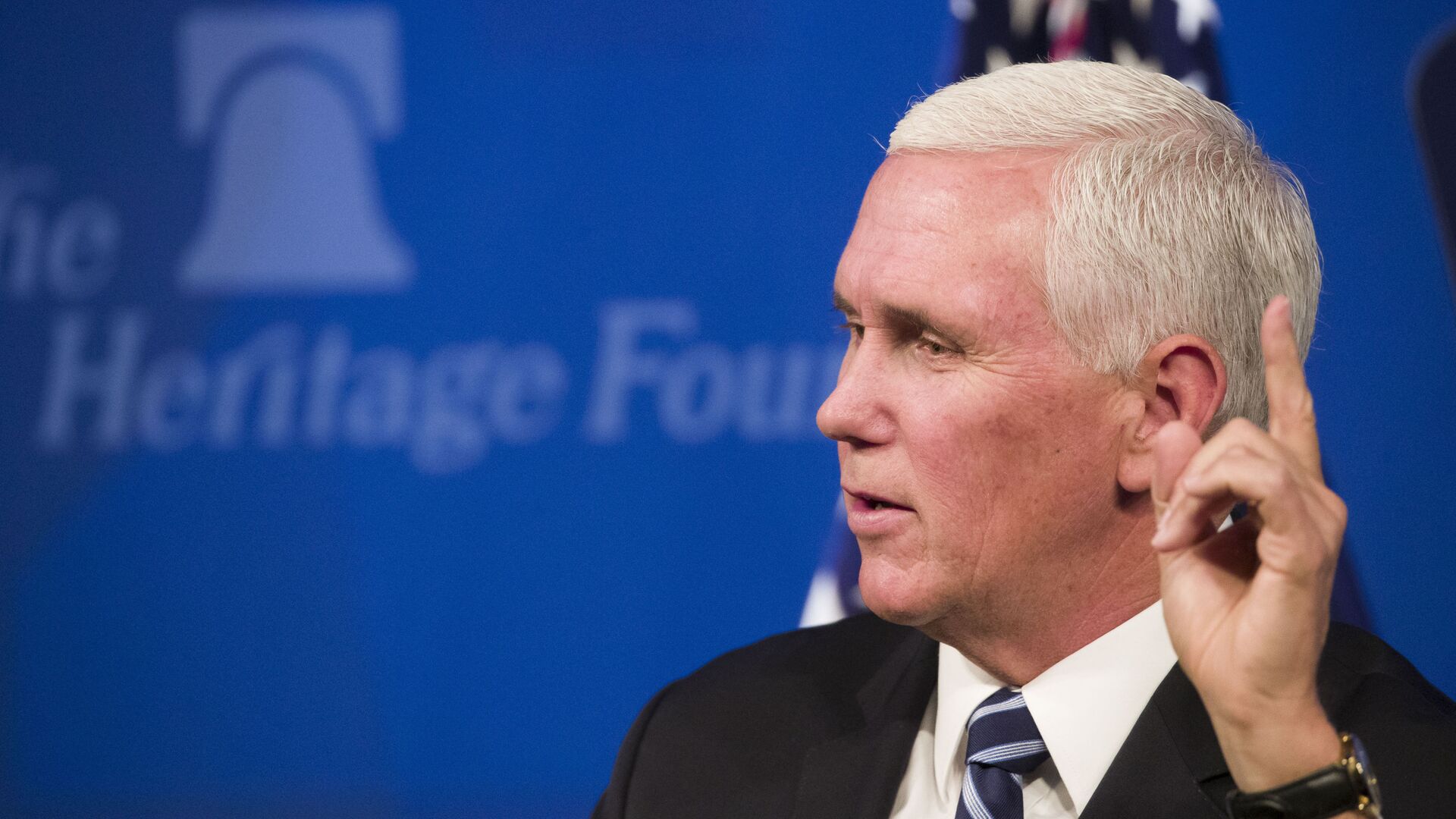 Svetlana Ekimenko
All materialsWrite to the author
Despite pressure from Donald Trump, who insisted victory was stolen from him in the November 2020 presidential election via massive voter and election fraud, then-vice president Mike Pence made it clear in January he had no intention of intervening in the certification process.

Former Vice President Mike Pence has said he is proud of the fact that a joint session of Congress defied pressure and certified Democrat Joe Biden’s electoral win on 6 January.

“Now there are those in our party who believe that, in my position as presiding officer over the joint session, I possess the authority to reject or return electoral votes certified by the states,” stated Pence in a speech at the Reagan Library on Thursday, adding:

"The Constitution provides the vice president with no such authority before the joint session of Congress."

At the time, some Republicans, including former POTUS Donald Trump, who vehemently insisted the November presidential 2020 elections had been marred by widespread vote fraud, called for Pence to reject the electoral votes certification on 6 January. 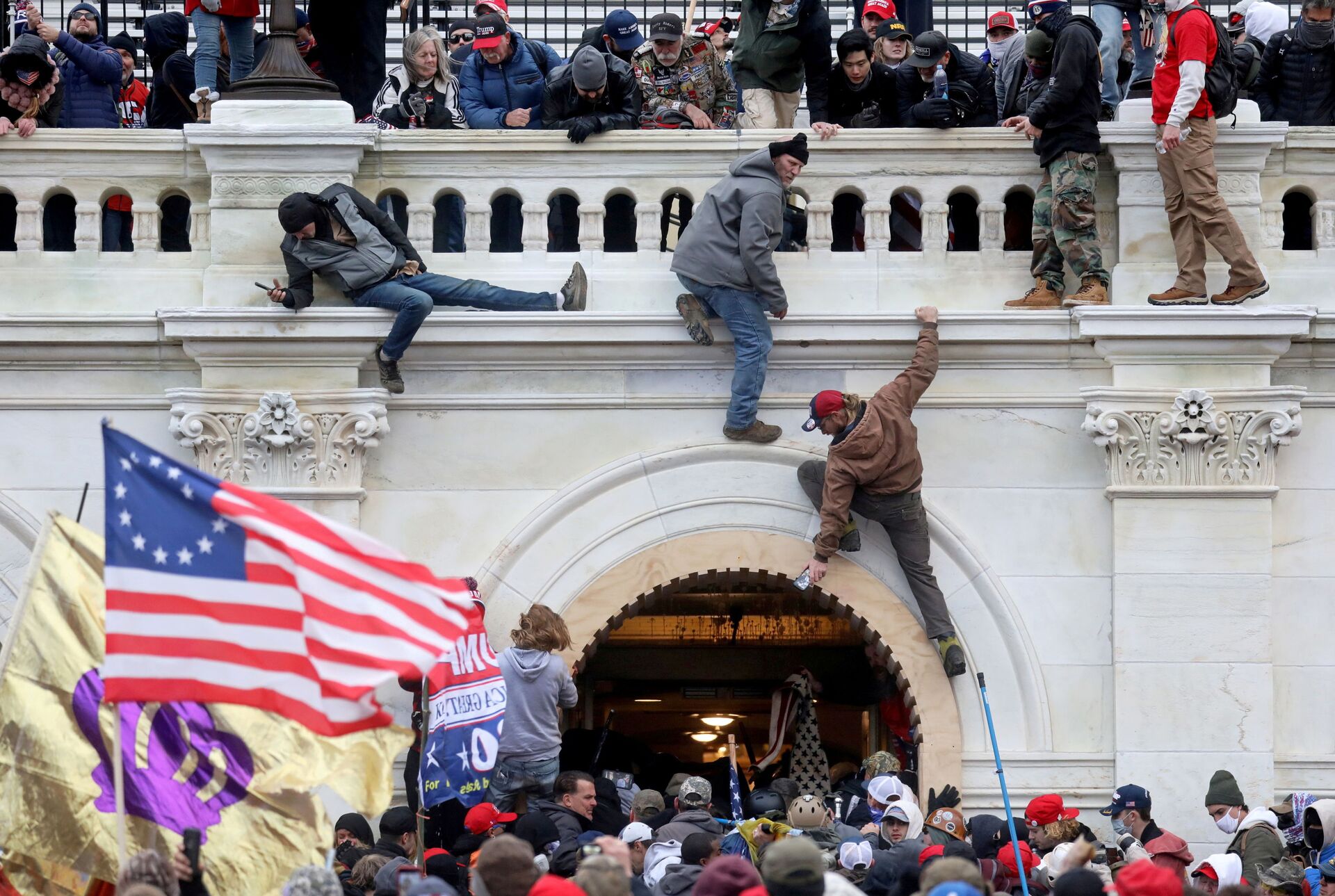 A mob of supporters of U.S. President Donald Trump fight with members of law enforcement at a door they broke open as they storm the U.S. Capitol Building in Washington, U.S., January 6, 2021.
© REUTERS / Leah Millis

Pence had responded by saying that he did not have the authority to do so, calling his role in the joint session of Congress to count the ballots "largely ceremonial".

"It is my considered judgement that my oath to support and defend the Constitution constrains me from claiming unilateral authority to determine which electoral votes should be counted and which should not," Pence said in a letter to Congress on 6 January.

His statement followed Trump’s tweeted message to him at the time to "[come] through for us" and exhibit "extreme courage" by rejecting the certification process.

Pence said in the speech on 24 June that it would have been unlawful for him to hand Trump a second term, and he is “proud” of his actions on 6 January.

“And the truth is, there is almost no idea more un-American than the notion that any one person could choose the American president. And I will always be proud that we did our part on that tragic day to reconvene the Congress and fulfilled our duty under the Constitution,” said Pence.

Earlier, Mike Pence described the 6 January events as a "dark" and "tragic" day in US history, calling the nation to move on from them, in remarks on 4 June as he headlined the Hillsborough County Republican Committee's annual Lincoln-Reagan Dinner in Manchester, New Hampshire. 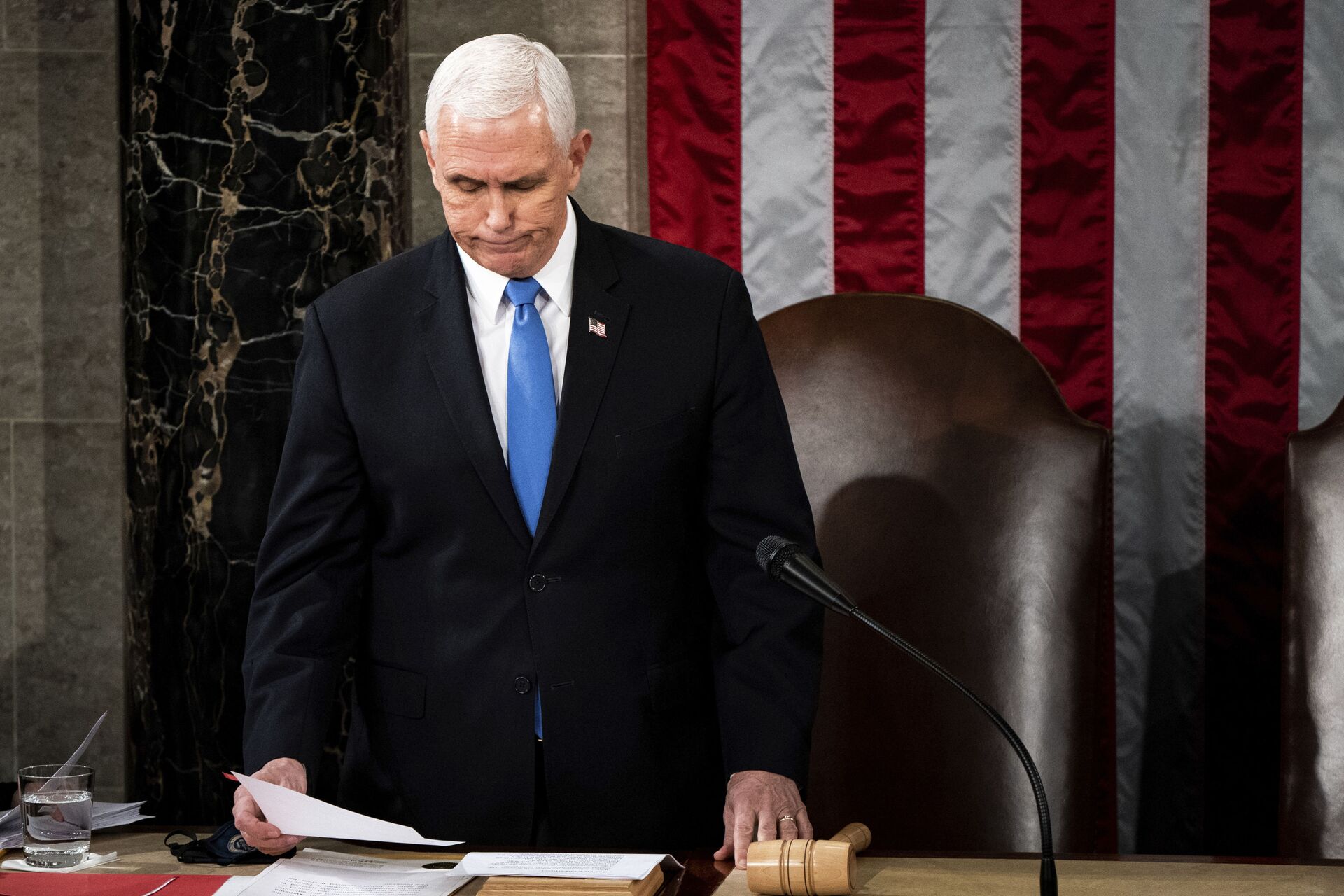 Vice President Mike Pence officiates as a joint session of the House and Senate convenes to confirm the Electoral College votes cast in November's election, at the Capitol in Washington, Wednesday, Jan. 6, 2021.
© AP Photo / Erin Schaff

He added that he “doesn’t know” if he and Trump will “ever see eye to eye” about the Capitol riot.

Democrats blamed then-President Donald Trump's speech at a rally on 6 January, where he reiterated claims the election had been “rigged” against him, for prompting the breach of the Capitol later that day.

At least five people died in the wake of the events that saw scores of Trump supporters besiege the Capitol building to prevent the US Congress from certifying Democrat Joe Biden's victory in the 3 November 2020 US presidential election.

Trump strongly denied the accusations that he had incited the mob, later condemning the violence.

He was subsequently impeached by the House for a second time on charges of inciting insurrection but dodged conviction in the Senate because more than a simple majority of votes was needed.