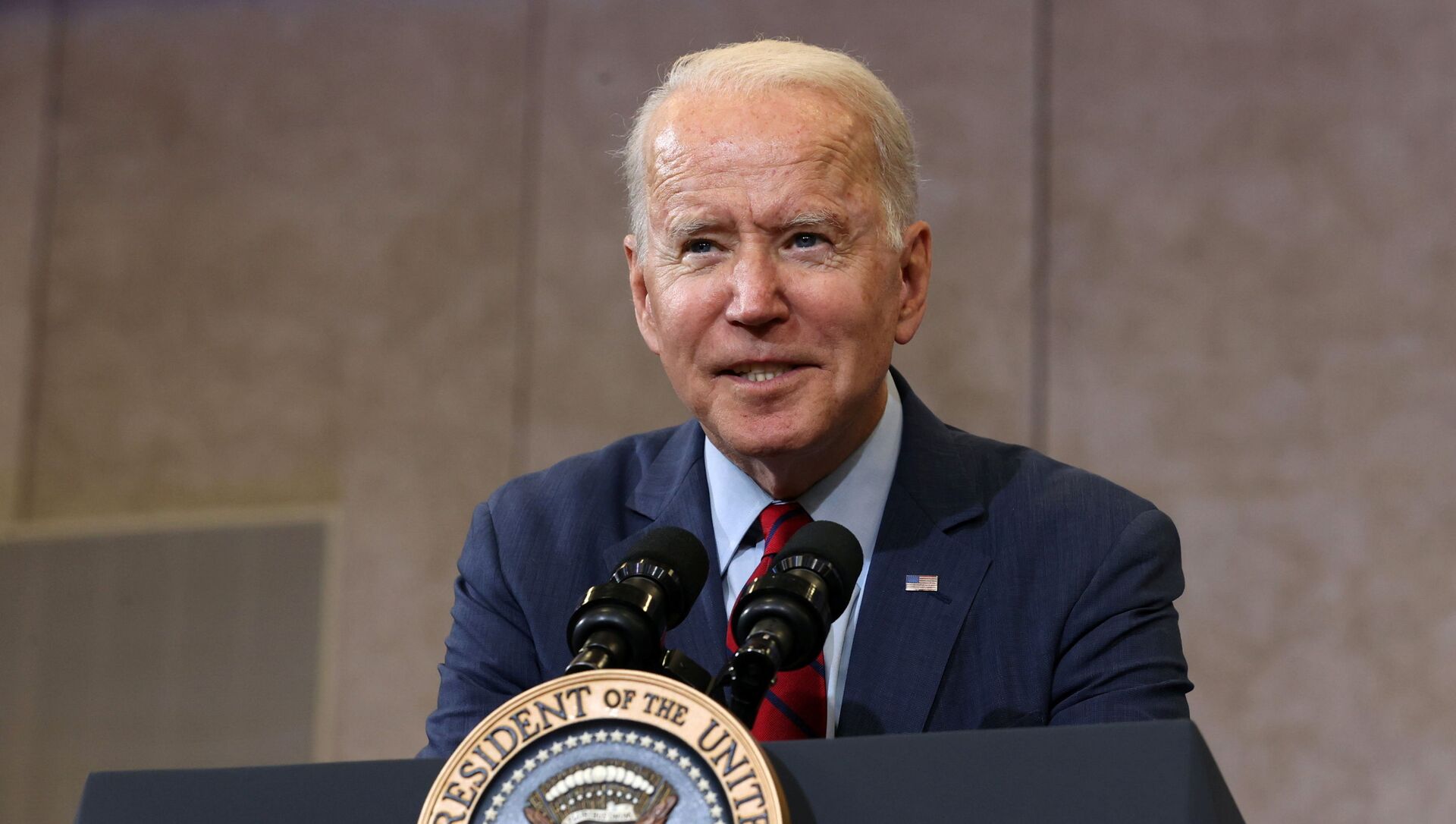 Aleksandra Serebriakova
Moscow-based Sputnik correspondent specializing in foreign affairs.
All materialsWrite to the author
The US President’s bizarre behaviour at a White House press conference on Thursday has left many concerned about his emotional state, as Biden repeatedly leaned towards the mike to whisper his responses to the questions. But then he went to North Carolina to promote COVID vaccines.

President Joe Biden said COVID-19 caused more deaths among Americans than any major conflict in the last two centuries – including a mysterious war between the US and Iran.

“We lost 600,000 dead in America in about a year,” Biden said in North Carolina, where he had travelled to promote COVID jabs.

“That’s more than every life lost in World War I, World War II, the Vietnam War, Iraq, Iran, across the board — Afghanistan,” the president said. “More lives lost in a year than every major war in the 20th century and the 21st century.”

Despite tense relations between the two states, Biden is simply wrong: the US has never declared war on the Islamic Republic, nor did it invade the country, unlike Afghanistan and Iraq.

However, in 1980, US President Jimmy Carter ordered an operation to end the Iran hostage crisis at the US Embassy, that left several servicemen dead.

At the same time, over 400,000 Americans have died in the WW2, according to the Congressional Research Service dataset, so the president is not mistaken there. COVID has taken lives of at least 603,000 Americans so far, the latest estimates show.

Biden’s gaffe occurred shortly after his odd performance during the White House press conference, which left many worried about the president as he delved into a bipartisan infrastructure plan. As he spoke to the press, the president started loudly whispering some of his responses in what many said really reminded them of his “creepy” nickname.