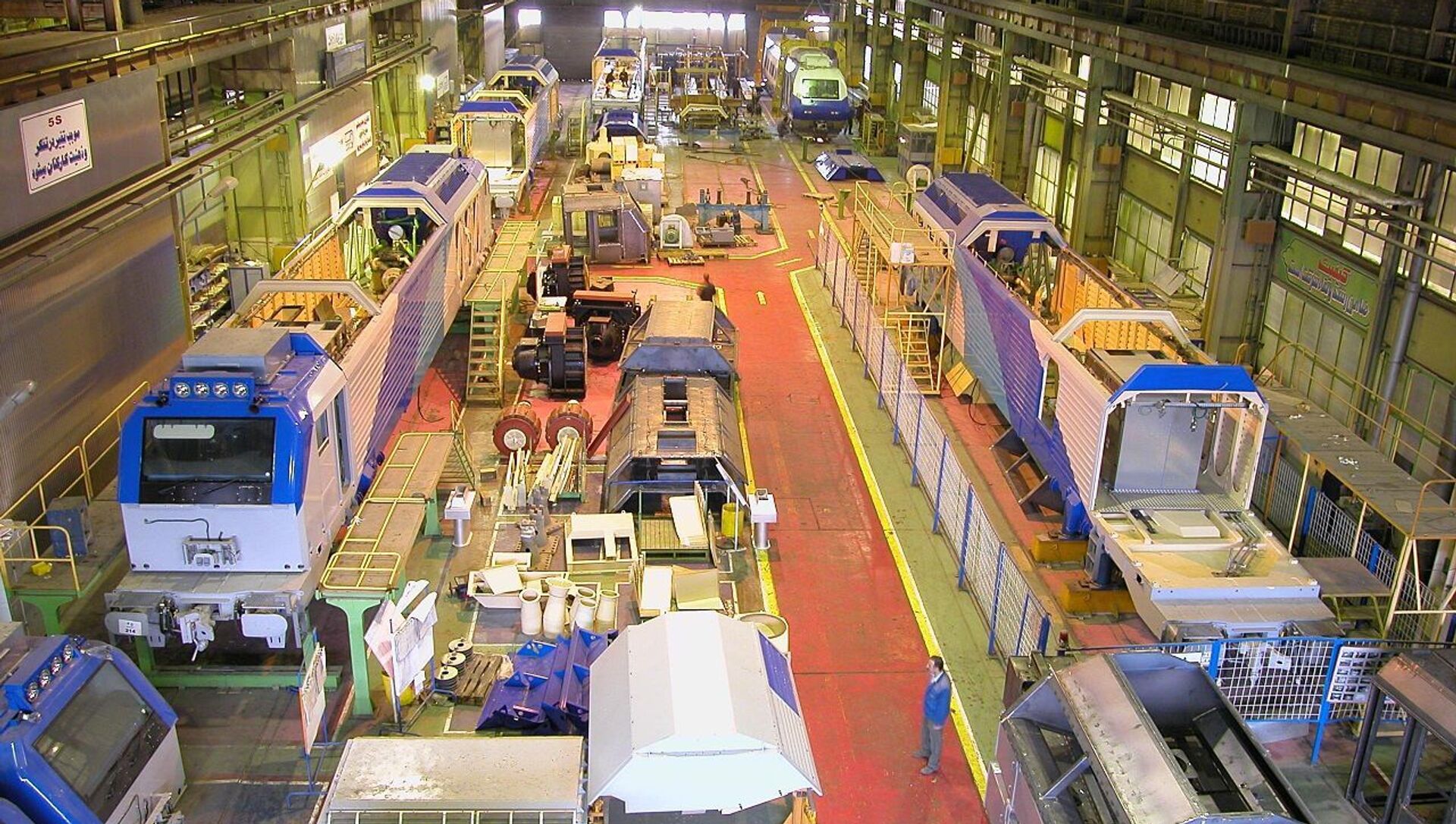 CC BY 3.0 / Hamid Hajihusseini / Wagon Pars manufacturing company in Arak
Subscribe
International
India
Africa
Ilya Tsukanov
All materialsWrite to the author
The United States slapped crushing sanctions on Iran’s energy sector in 2018 after unilaterally pulling out of the Joint Comprehensive Plan of Action nuclear deal, attempting to bring the Islamic Republic’s oil exports down “to zero” and threatening traditional customers of Iranian crude with secondary restrictions.

Customs chief Mehdi Mir Ashrafi reported on the figures on Thursday, stating that the gross weight of cargoes sent from Iran had increased by 38 percent year-on-year.

China was said to have been the top destination for the Iranian non-oil exports, accounting for $3.1 billion, with Iraq coming second –with exports valued at $2.3 billion, and the United Arab Emirates rounding out the top three with $1.3 billion in purchases.

Ashrafi further reported that Iran enjoyed a trade surplus of $476 million in the first quarter of the current fiscal year, with total trade for the quarter reaching $20.9 billion, up from about $13.9 billion in 2020. Imports were also said to have grown substantially – jumping 34 percent year-on-year, with the UAE, China and Turkey the top sources of purchases, accounting for $3.2 billion, $2.2 billion and $1 billion, respectively.

Earlier this month, the deputy chief of Iran’s national oil company said the Middle Eastern nation would be able to restore most of its crude oil production capacity within a month of the lifting of US sanctions, with a full recovery expected to be complete within three months.

Iran Can Restore Oil Exports Within One Month of Nuclear Deal Being Fixed, Official Says
Iran’s crude oil output fell from about 3.8 million barrels per day (bpd) in 2018 to about 2.5 million bpd in the aftermath of the reimposition of US sanctions, with major customers including India, South Korea, Japan, Greece and Taiwan dramatically reducing imports or halting purchases entirely amid fears that they too would be targeted by the restrictions. China, another major traditional customer of Iranian crude, also cut imports, but refused to stop imports entirely, and has reportedly recently ramped up purchases again.

Amid the restrictions, Iran, which has the fourth-largest proven oil reserves in the world, has used its energy wealth to help Syria –whose own oil and gas reserves have been illegally seized by the US and its Kurdish allies, and Venezuela, whose output of refined fuel products has crashed amid US sanctions and years of decay in the sector. Iran also sells natural gas and electricity to Iraq, reportedly at subsidised prices, amid the difficulties Baghdad has faced in restoring infrastructure in the aftermath of the 2014-2017 war against Daesh (ISIS)*.

The reported spike in exports of non-oil goods is the second time Iran has managed to use sanctions to improve the proportion of value-added output in its economic balance. In recent decades, amid Western and international sanctions prohibiting the Islamic Republic from importing military equipment, Iran successfully built up a domestic arms industry – which is now capable of building everything from tanks and coastal defence speedboats to missiles, advanced air and missile defence systems, drones and military satellites. 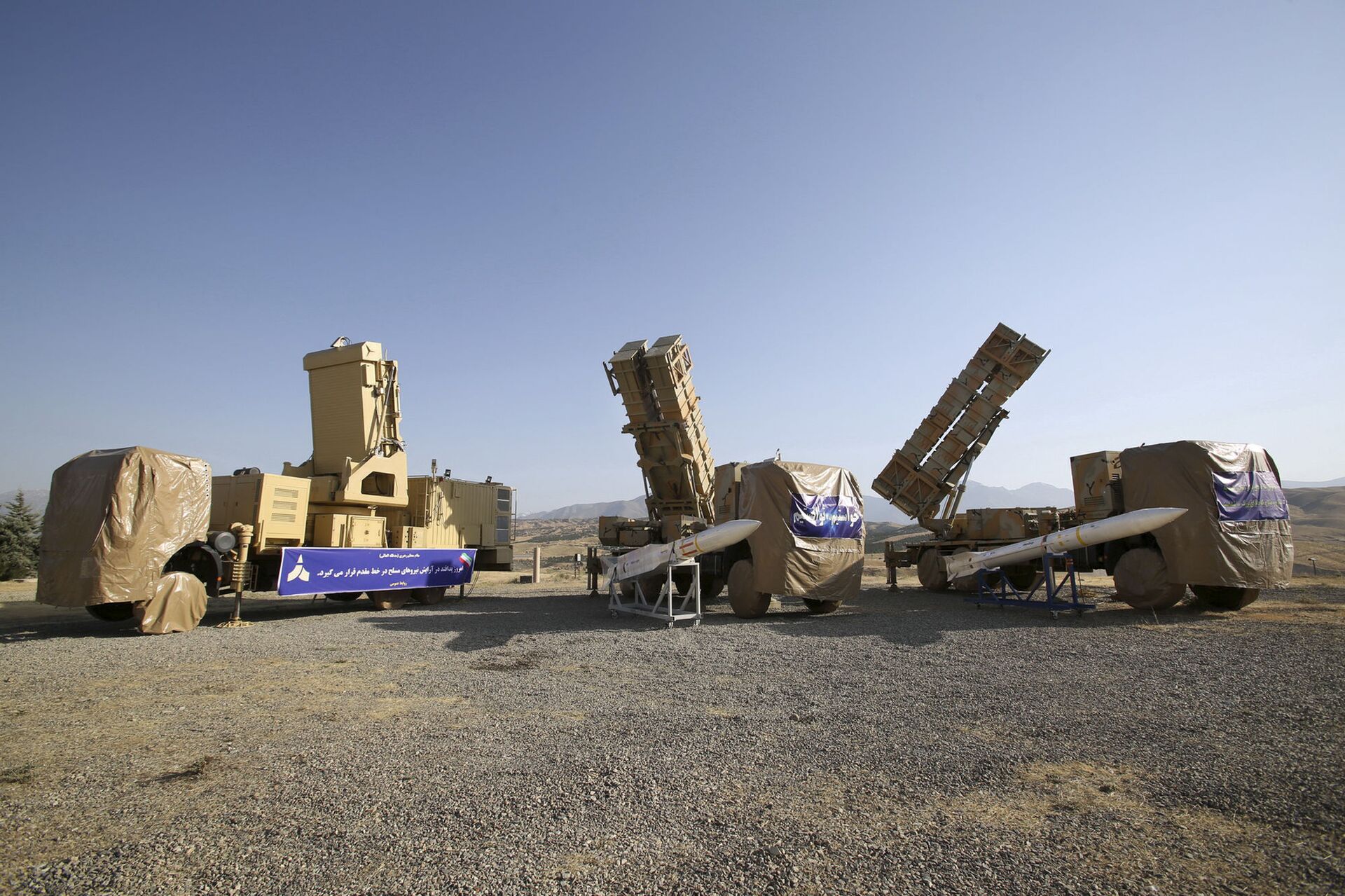 On Wednesday, outgoing Iranian presidential chief of staff Mahmoud Vaezi announced that the ongoing Vienna negotiations on the restoration of the Joint Comprehensive Plan of Action nuclear agreement have led to an agreement in principle on the need to lift over 1,000 US sanctions against Iran imposed by the Trump administration.

World
Venezuela, Iran Reportedly Agree to ‘Strengthen Ties of Brotherhood Against Imperial Aggression’
Tehran and Washington expressed an eagerness to restore the JCPOA immediately after President Biden’s election in January after the Democratic politician spent months on the campaign trail promising to return to the landmark agreement. However, hopes soured after the US demanded that Tehran first dramatically reduce its uranium enrichment and stockpiling activities, while Iran insisted that Washington must first lift its illegal sanctions.

The JCPOA’s signatories, including Iran, Russia, China, the UK, France, Germany and the European Union, began talks with US negotiators in Vienna in April in an effort to address both sides concerns, and have reported major progress. Meanwhile, America’s Israeli allies have desperately tried to torpedo the possible US return to the JCPOA, threatening to attack Iran’s nuclear facilities, and hinting at Tel Aviv’s responsibility for the recent suspected sabotage attack against a major Iranian nuclear facility.