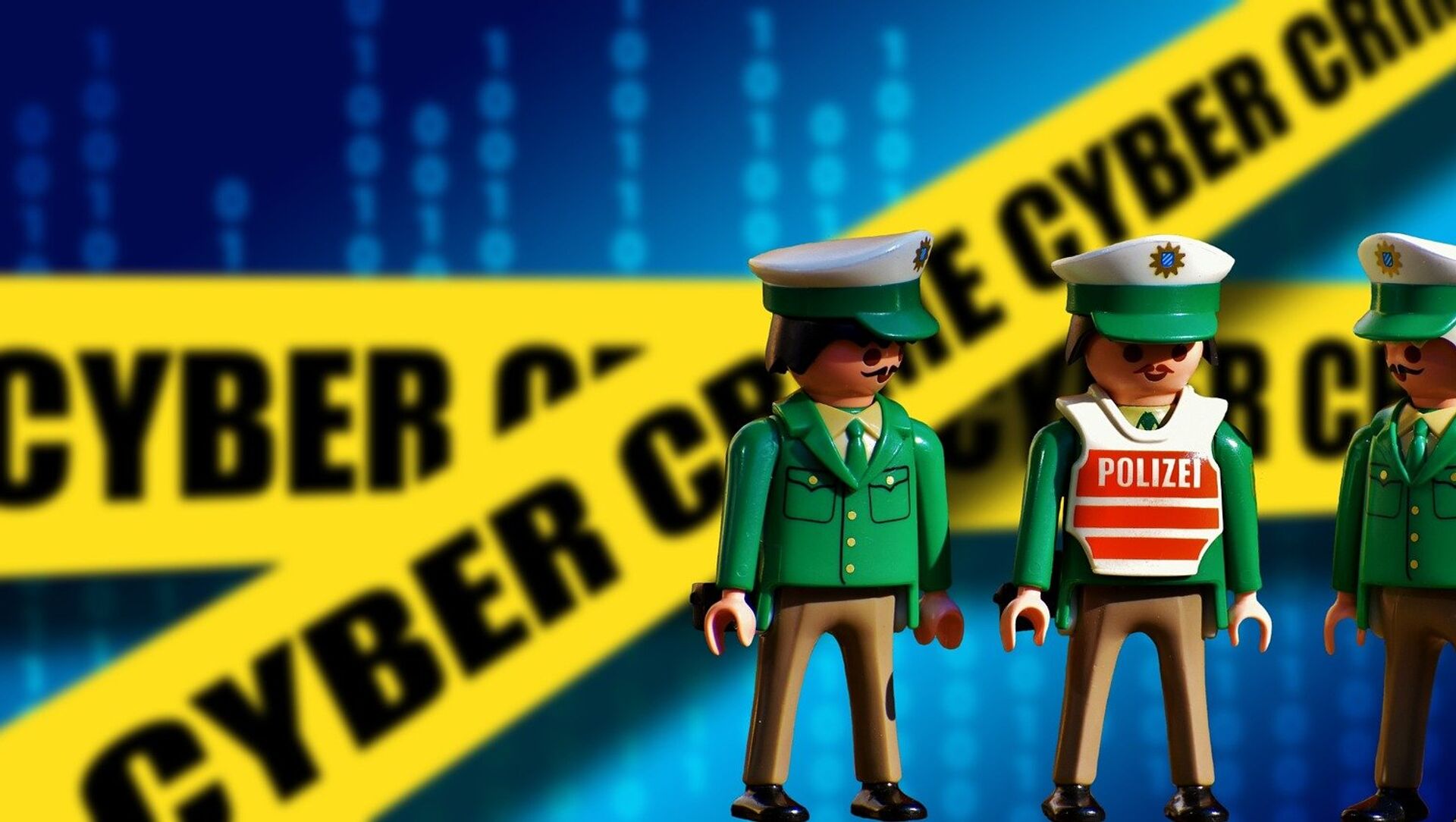 Radhika Parashar
All materialsWrite to the author
Indians who use the internet for communication, shopping and bank transactions are often targeted by online criminals. In recent months, different types of cyber crimes, like loan app scams, money laundering, sextortion and duplication in land registries have emerged as usual affairs in several parts of India.

The Indian state of Uttar Pradesh (UP) has kick-started an initiative to train police officials in the state, giving them a basic knowledge of advanced technology – to sharpen their investigation skills. Earlier this month, 600 police officials from the Sitapur division of Uttar Pradesh attended their first session of cyber probe training, where they were instructed by a team of experts, including industry leaders.

The topic of the session was “Cyber Crime Investigation, Darkweb Analysis and Digital Forensic” – after senior cyber security experts Shamsher Bahadur and Amit Dubey analysed the kinds of cyber crimes, that are very common in the digital era.

Speaking to Sputnik, Triveni Singh, Superintendent of Police (SP) of the Cyber Crime branch of Uttar Pradesh, narrated a recent incident where fraud websites were asking for donations for the construction of Ram Temple in Ayodhya.

“On 22 June 2021, our team cracked a case involving three fake Ram Janm-bhoomi (birthplace) websites seeking donations. The UP Cyber Police arrested five criminals. They were trying to mint money from devotees of Lord Ram through Whatsapp, SMS and different social networking platforms like Facebook, Instagram, Twitter and Telegram. After setting up phoney websites, they began conning unsuspecting people into donating to the construction of the Ram Mandir in Ayodhya. For the donation, they had supplied their bank account number,” Singh said.

With the help of other cyber intelligence agencies, the UP Cyber Crime Police managed to make arrests in the case. To fast-track the initial probe in such cases, the cyber police SP said the need of the hour was for more and more police divisions across the country to train their officers in the basics of handling cyber crime complaints.

“In this digital world – computer malware, viruses, Trojans and denial-of-service (DDOS) attacks have become weapons ... and are are exploited by adversaries and criminals. Earlier we used to apply traditional weapons for traditional crimes, the digital world has induced digital weapons and we need to be well versed in both, guns as well as Google,” Singh added.

In the last six months, a cyber unit of China’s People Liberation Army (PLA) has been trying to breach Indian telecom companies, government agencies and defence contractors, a US-based research firm called Recorded Future alleged in a report published on 18 June. The report underscored that the threat of cyber warfare looms large these days.

Recently, a team of researchers detected a new remote access Trojan that they have named “ReverseRat”. The cyber intelligence firm CyberKalki suspected in the report that Pakistani threat actors had executed a custom-developed framework to compromise multiple targets in South Asia, including a power company in India. ReverseRat can infect machines and achieve persistence, the report said.

“Based on our global telemetry and analysis, we identified that the actor is targeting government and energy organisations in the South and Central Asia regions with operational infrastructure hosted in Pakistan. Given the critical nature of the sectors the actor is targeting, we advise security practitioners to learn the actor’s current tactics, tools and procedures to better defend their organisations against potential attacks,” CyberKalki noted in its blog.

Earlier this month, Chinese and Indian nationals were arrested for their involvement in a mega loan app scam that led to the suicides of six Indians. The Indian police officials traced around 14 million transactions associated with this app scam, worth over $2.8 billion so far. These transactions were facilitated via payment gateways, Bitcoins as well as bank accounts linked to these arrested individuals.

Learn the Basics to Record Proper Statements From Victims: Experts

In a conversation with Sputnik, Shamsher Bahadur, Cyber Security Practice Head at the software consultancy Armantec Systems said that while millennials and Gen Z know better uses and tricks in cyberspace, people from Generation X category are struggling. Born between 1960 and 1980, Gen X people are currently sitting in all major decision-making posts but are unaware of the ways to harness the full power of the internet.

“Our approach was to provide cyber literacy to all the uniformed officers of the UP Police, so that they can make themselves abreast of the latest trends in cyber dangers and warfare. The police officials should be in a position to record the statements from the victim in the correct terminologies, to make the case clearer before launching an investigation,” said Bahadur, one of the six cyber security trainers who took a session with the 600 police officers who were given cyber training this month.

As per the information reported to and tracked by the Indian Computer Emergency Response Team (CERT-In), 394,499 and 1.2 million cyber security incidents have been observed during the years 2019 and 2020, respectively.

Just like we have “shooting ranges” where security officers train using guns, we should also make our security officers to go to “Cyber Ranges” to  sharpen their cyber investigative skills, Amit Dubey, senior Indian cyber expert and chief mentor at the Noida city-based online security-promoting NGO Root64 told Sputnik. “Cyber Range is a concept facility, wherein officers can go, practice and upgrade their offensive and defensive skills in cyber solutions. They could be assigned cases of petty cyber fraud and hack attacks to practice their line of action in such real-world situations,” Dubey said.

After UP, the trainers expect to host similar cyber security sessions with more police divisions in other states as well.

The police officers undergoing the training are also being given tests to track how much of what was taught to them – was actually understandable.

Indian tech experts have been emphasising the need for imparting cyber education among Indians working in all fields.

The theft of personal data such as names, email ids, numbers, bank account details and locations is part of the distressing aftermath of a cyber-attack that could expose people to the risks of phishing, fraud and scam attempts. Delays addressing the issue can lead to a loss of personal data control, loss of confidentiality, identity theft, the limitation of rights, defamation and vandalism among various other socio-economic dangers.