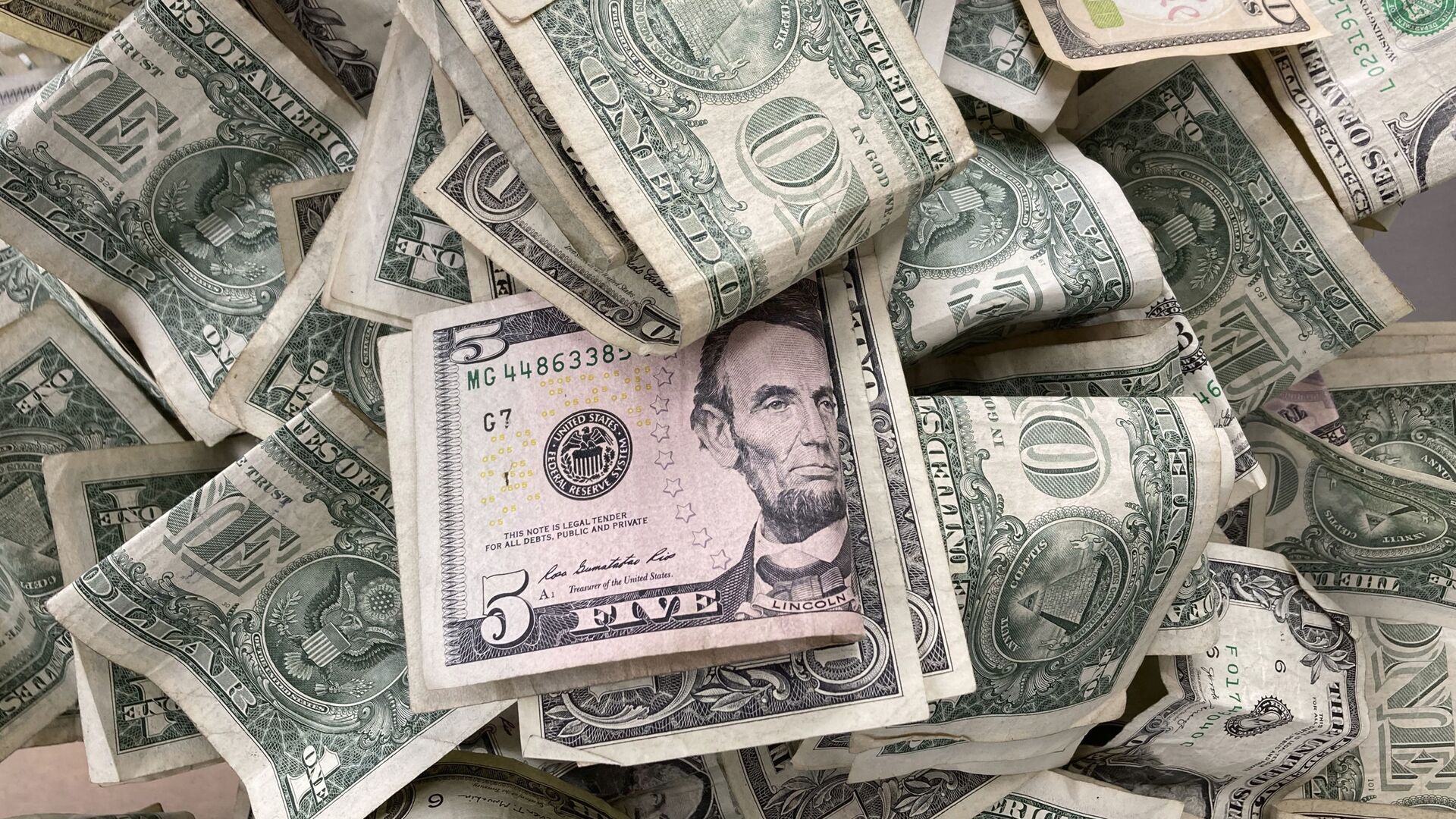 Ilya Tsukanov
All materialsWrite to the author
US federal debt surpassed $28 trillion in March, with every man, woman and child in the country owing more than $85,000 for the federal government’s spending. Combined debt – which includes federal debt plus all other public and private obligations, stands at over $85 trillion – or over four times the US’ annual GDP.

The federal government might run out of money and go into default in August unless Congress raises the debt ceiling, Biden Treasury Secretary Janet Yellen has warned.

Speaking before a Senate appropriations subcommittee hearing this week and discussing the Treasury’s budget, Yellen stressed that “defaulting on the national debt should be regarded as unthinkable,” and said that “failing to increase the debt limit would have absolutely catastrophic economic consequences.”

In her words, these consequences would include the precipitation of a financial crisis, and threaten jobs and savings at a time when the US is still recovering from the economic fallout caused by the coronavirus.

The economist indicated that the current suspension of the debt ceiling, agreed to by Congress in 2019, is set to run out on 31 July, and that unless it is raised and/or suspended again, the federal government will not be able to borrow money to cover expenses, including interest payments on debt.

“It’s possible we could reach that point while Congress is out in August, and I would really urge prompt action on raising the limit or suspending it,” Yellen said, referring to Congress’s traditional summer recess, which runs the entire month of August and half of September.

US Reportedly Reserves Option to Expand Sanctions Against Russian Debt, Monitors Moscow's Reaction
Following Yellen’s remarks, House ways and means committee chair Richard Neal, a Democrat from Massachusetts, urged his fellow lawmakers to avoid any “brinksmanship” on the debt issue and to address it “before the current suspension expires next month.”

In the past, Democrats and Republicans have sometimes used the debt ceiling issue as a means to pressure one another to push through policies favouring one or the other party’s priorities. A 2011 play by Republicans to link their agreement for a higher debt limit prompted stock prices to fall, and caused the Standard & Poor’s international rating agency to downgrade the US from its AAA debt rating to AA+.

In recent months, GOP lawmakers have been aggressively searching for ways to slash away at what they perceive to be the Democrats’ liberal spendthrift agenda, forcing the president’s party to cut back on his signature multitrillion-dollar infrastructure bill, and causing other sweeping initiatives on issues including gun control, police reform and elections to get bogged down.

US Debt to Hit 202% of GDP by 2051 at Current Spending Level, Congressional Budget Office Warns
The coronavirus crisis prompted the government to pump over $6 trillion in additional money into the economy, causing mild inflation and adding to the federal debt. However, unlike most countries, which suffer major inflationary penalties and other macroeconomic problems if they print too much money or accumulate too much debt, the United States’ unique position in the world as the issuer of the dollar, which enjoys the status of the de facto world currency, has enabled Washington to rack up debt and print money without fear of major repercussions for decades now. In recent years, however, a growing number of economists, banks and policymakers have sounded the alarm and argued that sooner or later, the decades-long ‘free ride’ enjoyed by the US will come to an end.