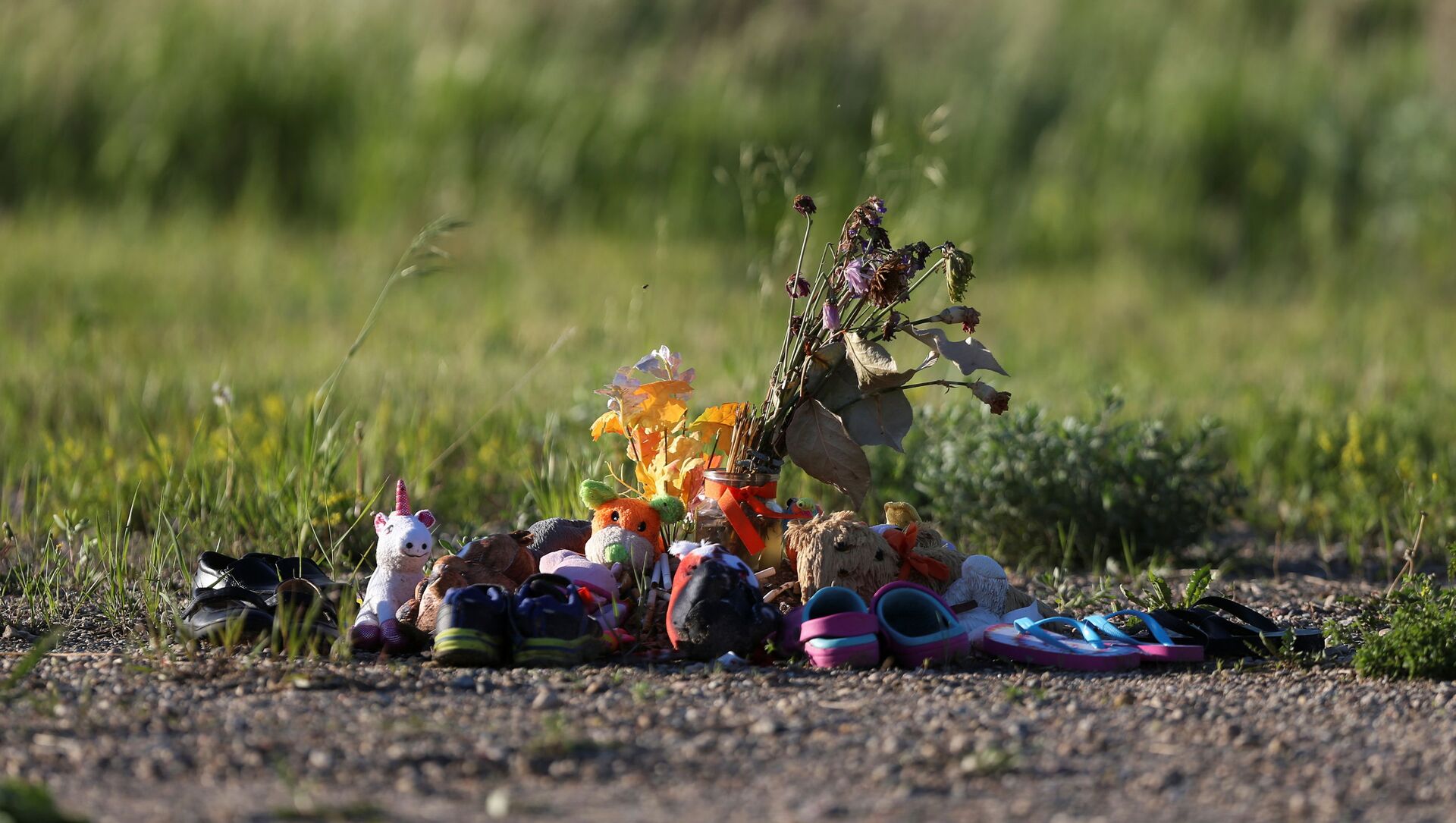 WASHINGTON (Sputnik) - The Cowessess First Nation the Canadian province of Saskatchewan has located 751 unmarked graves on the site of a former residential school, Chief Cadmus Delorme said on Thursday.

"As of yesterday, we have hit 751 unmarked graves," Delorme said during a press briefing, emphasizing that the burial site at the former Marieval Indian Residential School site is a collection of unmarked graves, rather than a mass grave.

Marieval Indian Residential School operated between 1899 and 1997. It was constructed by Roman Catholic missionaries, the National Centre for Truth and Reconciliation says.

Chief Delorme says they cannot confirm that all graves are children. He says there are oral stories of adults being buried there, too. He says the gravesite was run by the Roman Catholic church.

My heart breaks for the Cowessess First Nation following the discovery of Indigenous children buried at the former Marieval Residential School. We cannot bring them back, but we will honour their memory and we will tell the truth about these injustices. https://t.co/WuxdsixJnx

​The discovery comes just weeks after Tk'emlups te Secwepemc First Nation announced that a deep scan of the Kamloops Indian Residential School site with ground-penetrating radar confirmed the discovery of 215 children’s remains, with some of the deceased being as young as three years old.