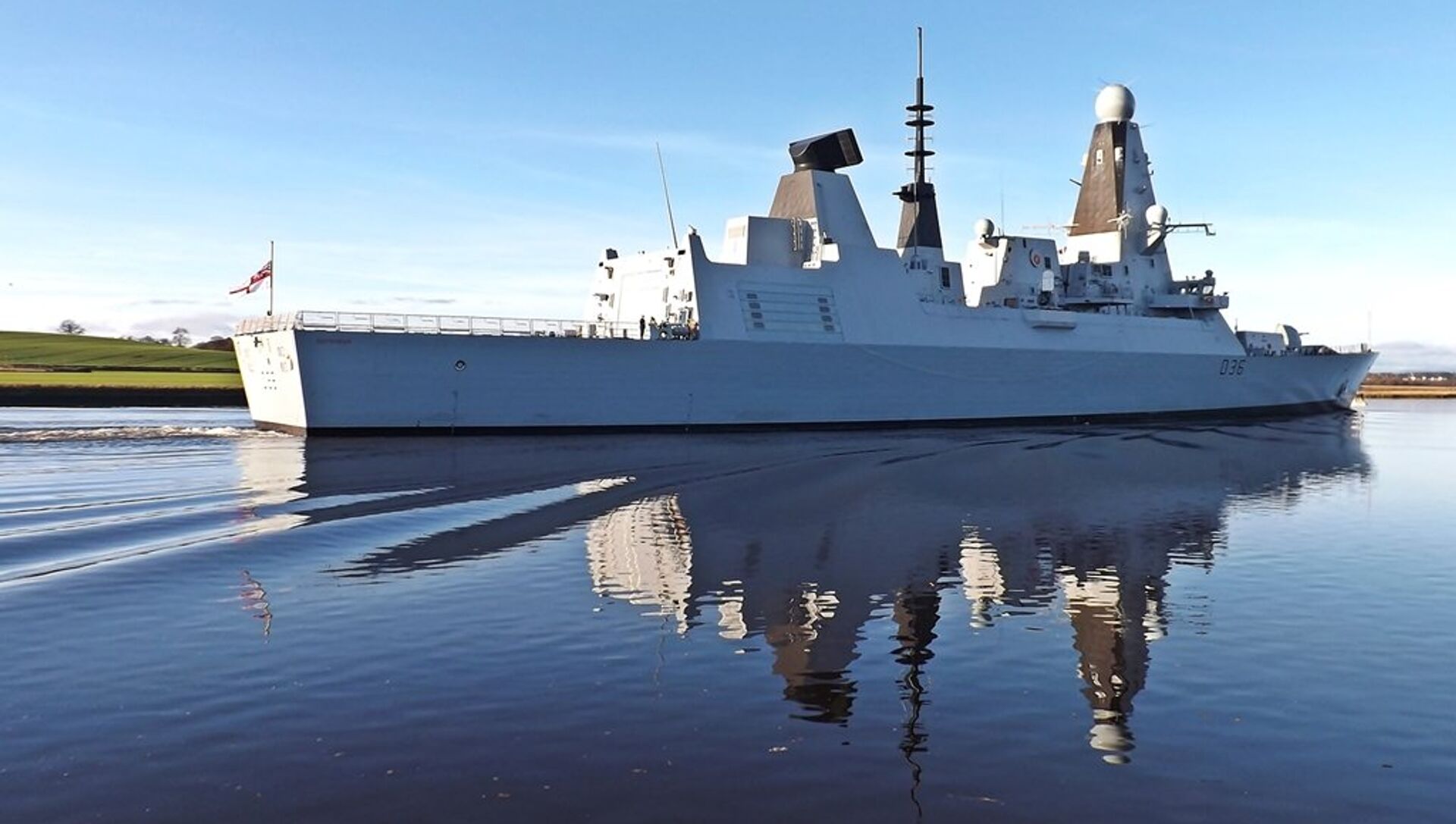 Ilya Tsukanov
All materialsWrite to the author
On Wednesday, the Russian Defence Ministry announced that a Russian patrol vessel and military aircraft fired warning shots in the direction of the HMS Defender destroyer after it veered into Russian territorial waters around Crimea and refused to change course. Britain’s Defence Ministry initially denied that the incident even took place.

Russian Foreign Ministry spokeswoman Maria Zakharova has taken aim at Britain's muddled story on the HMS Defender incident and the conflicting accounts put out by the MoD, the BBC and the UK's Embassy in Moscow in its immediate aftermath.

“News item #1: the British Defence Ministry calls reports of warning shots at its warship, which entered Crimean territorial waters, ‘Russian disinformation’,” Zakharova wrote in a post on her Telegram page, referring to the UK MoD’s initial claim that the Russians were “undertaking a gunnery exercise in the Black Sea,” and that no warning shots were fired in the British destroyer's vicinity.

“News item #2: a BBC journalist aboard the British vessel confirms that the ship deliberately entered Russian territorial waters, and noted that ‘about 20’ Russian aircraft flew over the ship, and that he ‘heard shots fired’,” Zakharova added, referring to correspondent Jonathan Beale’s reporting on Wednesday’s incident.

World
'Shots Fired': BBC Journo Reveals What Happened When British Destroyer Violated Russian Border
At the same time, the spokeswoman pointed out, the British Embassy in Moscow also claimed that no warning shots were fired at the HMS Defender, and that the Royal Navy vessel had simply carried out “innocent passage through Ukrainian territorial waters in accordance with international law.”

“Who is lying: the British Defence Ministry, the BBC journalist or the British Embassy in Moscow?” Zakharova quipped. “This time,” she suggested, it was the MoD and the Embassy that were fibbing.

Zakharova encouraged London to “knock” next time if it wants to carry out “innocent passage” through Russian territorial waters in Crimea.

The Russian Foreign Ministry summoned Britain’s Ambassador to Russia in connection with Wednesday’s incident, with the Russian Defence Ministry separately summoning the attache on defence matters. The Russian military reported that a border patrol vessel fired warning shots after the British destroyer violated Russian maritime borders, and that a Su-24M attack aircraft had carried out a mock bombing run against the warship.

Video of Russian Jet Flying Over UK Destroyer HMS Defender in Black Sea Released by MoD
Britain’s MoD initially denied that the incident took place at all, saying “no shots were directed at” the HMS Defender, and that Russian forces were simply “undertaking a gunnery exercise in the Black Sea." Defence Minister Ben Wallace similarly claimed that the British ship had been informed of Russian “training exercises in [the ship’s] wider vicinity.”

The Russian military provided proof on its version of the story later in the day, releasing footage of a Russian Su-24M flying over the HMS Defender.