Spanish High Court Allows Extradition of John McAfee to US 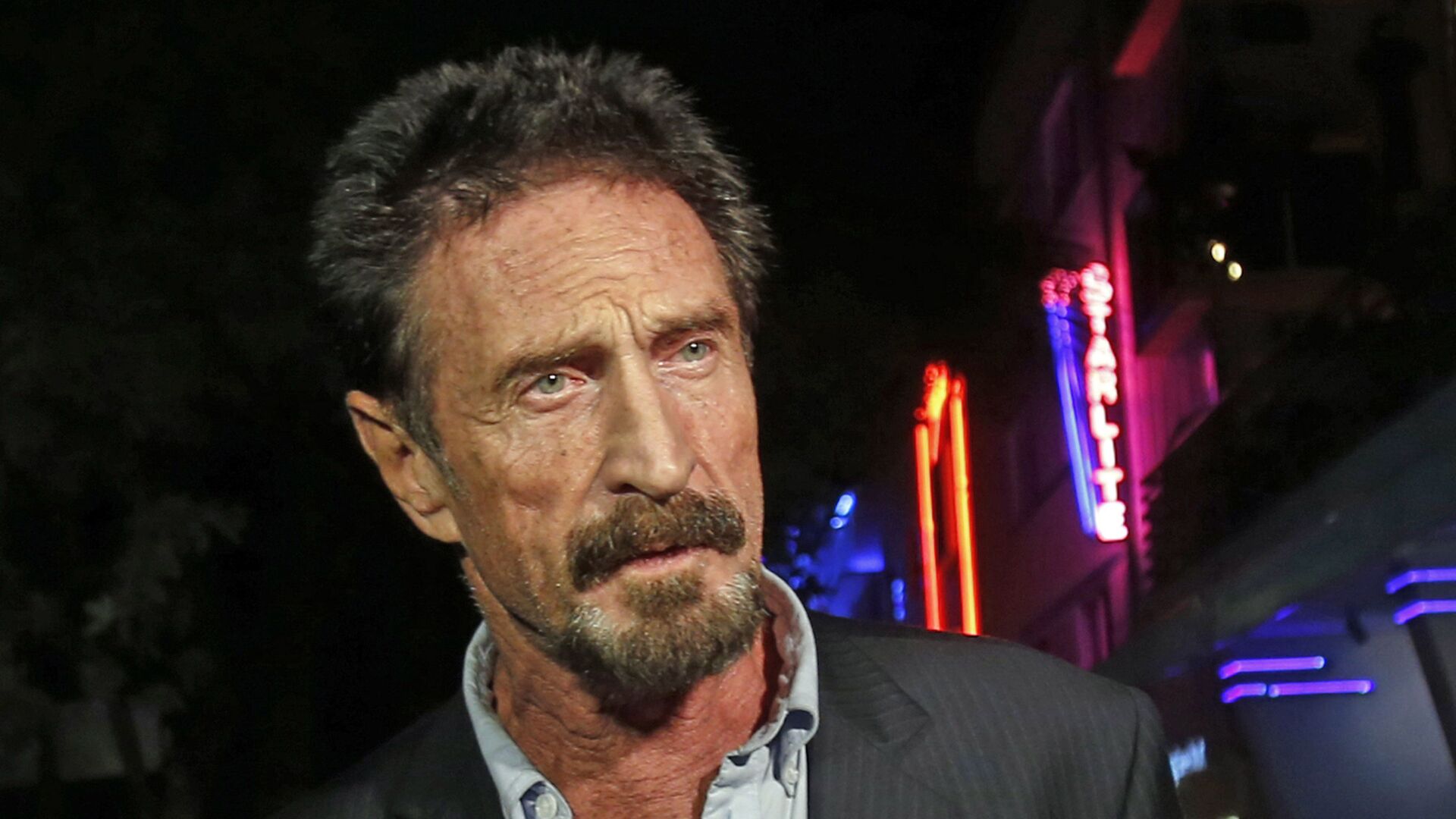 © AP Photo / Alan Diaz
Subscribe
International
India
Africa
Nikita Folomov
All materialsWrite to the author
The antivirus software creator was arrested at Barcelona Airport in early October when he was about to board a flight to Istanbul with a British passport.

The Spanish High Court has green-lighted the extradition of the American software creator McAfee to the US, where he will face tax evasion charges.

Eccentric Millionaire Antivirus Creator John McAfee Indicted on Cryptocurrency Fraud Charges
Earlier this month, McAfee testified in court to fight being extradited to the US. He tried to persuade the courtroom that he would spend the remainder of his life behind bars if he was sent back to the states.

McAfee says the charges are linked to his failed second bid to run as a Libertarian Party candidate in the 2020 US presidential election. The Spanish prosecutor, Carlos Bautista, earlier dismissed McAfee's claims that the charges are politically motivated, dubbing him "a millionaire who doesn't want to pay taxes."

In October 2020, the US Department of Justice released an indictment saying that McAfee's criminal offenses took place in the interim of 2014 and 2018, and that he attempted to "evade the [US Internal Revenue Service] by concealing assets, including real property, a vehicle, and a yacht in the names of others."

This came after the US Securities and Exchange Commission revealed it had brought civil charges against McAfee. The commission stated the software entrepreneur made over $23.1 million in undisclosed income from false and misleading cryptocurrency recommendations.

During the same month, McAfee was arrested at Barcelona Airport when he was about to board a flight to Istanbul with a British passport.