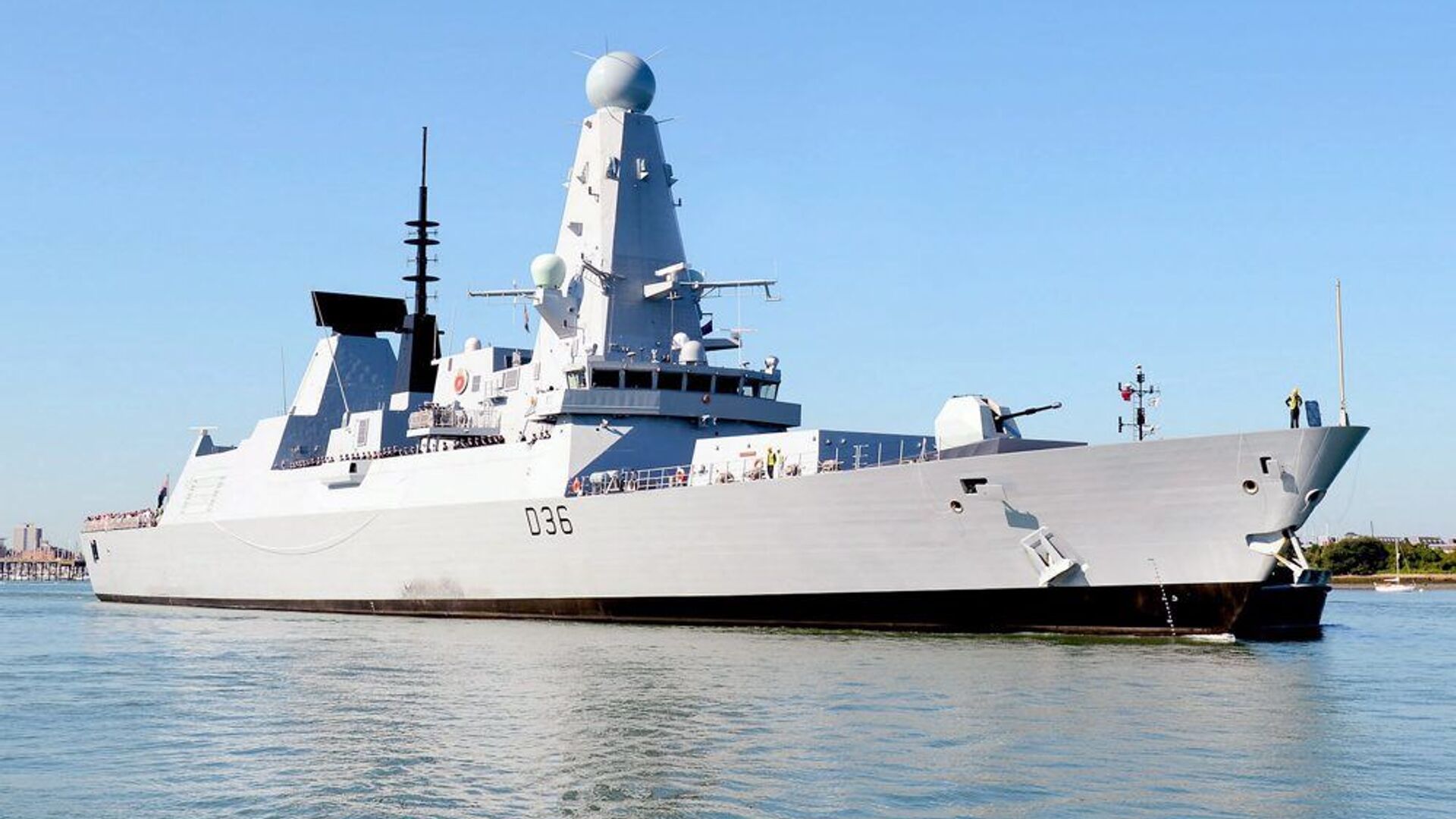 Ilya Tsukanov
All materialsWrite to the author
Earlier in the day, Moscow urged the United States and its NATO allies to stop military operations in the Black Sea region, calling instead for "multilateral efforts" aimed at maintaining stability, and for states in the region to resolve problems without unwanted "help" from outside powers.

Along with the naval manoeuvres, a Russian Su-24M attack aircraft carried out a mock bombing run against the British warship, according to the ministry.

"At 11:52 am on 23 June, the HMS Defender of the British Royal Navy, operating in the northwestern part of the Black Sea, violated the border and entered three kilometres into Russian territorial waters in the region of Cape Fiolent," the MoD said in a press statement.

According to the military, the British warship was warned that deadly force would be used if it violated Russia's borders. The ship was said to have ignored the warning.

"At 12:06 and 12:08, a border patrol vessel carried out warning shots. At 12:19 a Su-24M carried out a warning bombing run using 4 OFAB-250 [hihgh-explosive fragmentation] bombs at the HMS Defender's path of movement," the statement added. "At 12:23 the combined actions of the Black Sea Fleet and the Border Forces of the FSB forced the HMS Defender to leave the territorial waters of the Russian Federation."

The UK Defence Ministry commented on the incident on Wednesday afternoon, denying that any warning shots were fired, and saying its warship was conducting an "innocent passage through Ukrainian territorial waters in accordance with international law."

"We believe the Russians were undertaking a gunnery exercise in the Black Sea and provided the maritime community with prior-warning of their activity. No shots were directed at HMS Defender and we do not recognize the claim that bombs were dropped in her path," the ministry said in a pair of tweets.

Defence Minister Ben Wallace similarly indicated that the British warship was carrying out "a routine transit" from Odessa towards Georgia, and suggested that the ship was operating in an "internationally recognised traffic separation corridor," "safely" exiting it at 9:45 am British standard time while being shadowed by Russian ships. Wallace echoed the Defence Ministry's claims that the British ship was informed of Russian "training exercises in her wider vicinity."

The Russian Defence Ministry issued another statement later in the day, saying Moscow regards the HMS Defender's actions as a gross violation of the United Nations Convention on the Law of the Sea, reiterating that the ship had been warned about the possible use of force, and demanding a "thorough investigation" into the incident.

In its own statement, the Russian Foreign Ministry said it characterizes the British warship's actions as a "gross provocation," and that the British Ambassador to Russia would be summoned in connection with the incident. The Russian Defence Ministry has also summoned the attache on defence matters from the British Embassy in Moscow.

The HMS Defender's automatic identification system (AIS) signal showed the ship to be situated about 40 km off Crimea as of 14:15 local time Wednesday, and to be sailing southeast.

The Russian military began tracking the HMS Defender and the Royal Netherlands Navy's HNLMS Evertsen frigate on 14 June after the pair of NATO warships entered the Black Sea. Earlier this month, the MoD indicated that it would be closely watching NATO's annual 'Sea Breeze' drills, involving Ukrainian and alliance forces, including 4,000 servicemen, 40 warships, and 30 aircraft, once they kick off on 28 June.

Earlier this week, open-source intelligence analyst H I Sutton reported that the HMS Defender and the HNLMS Evertsen's AIS signals showed the ships to have 'travelled' from Odessa to within two nautical miles of Sevastopol harbour - the highly sensitive military port home to the Russian Black Sea Fleet. The apparent spoofing attack was later proven to be a hoax, although it's not clear who was behind it. The Russian military closely monitors any and all movement by NATO warships in the Black Sea, and has the technical means to watch all alliance activity in the body of water. 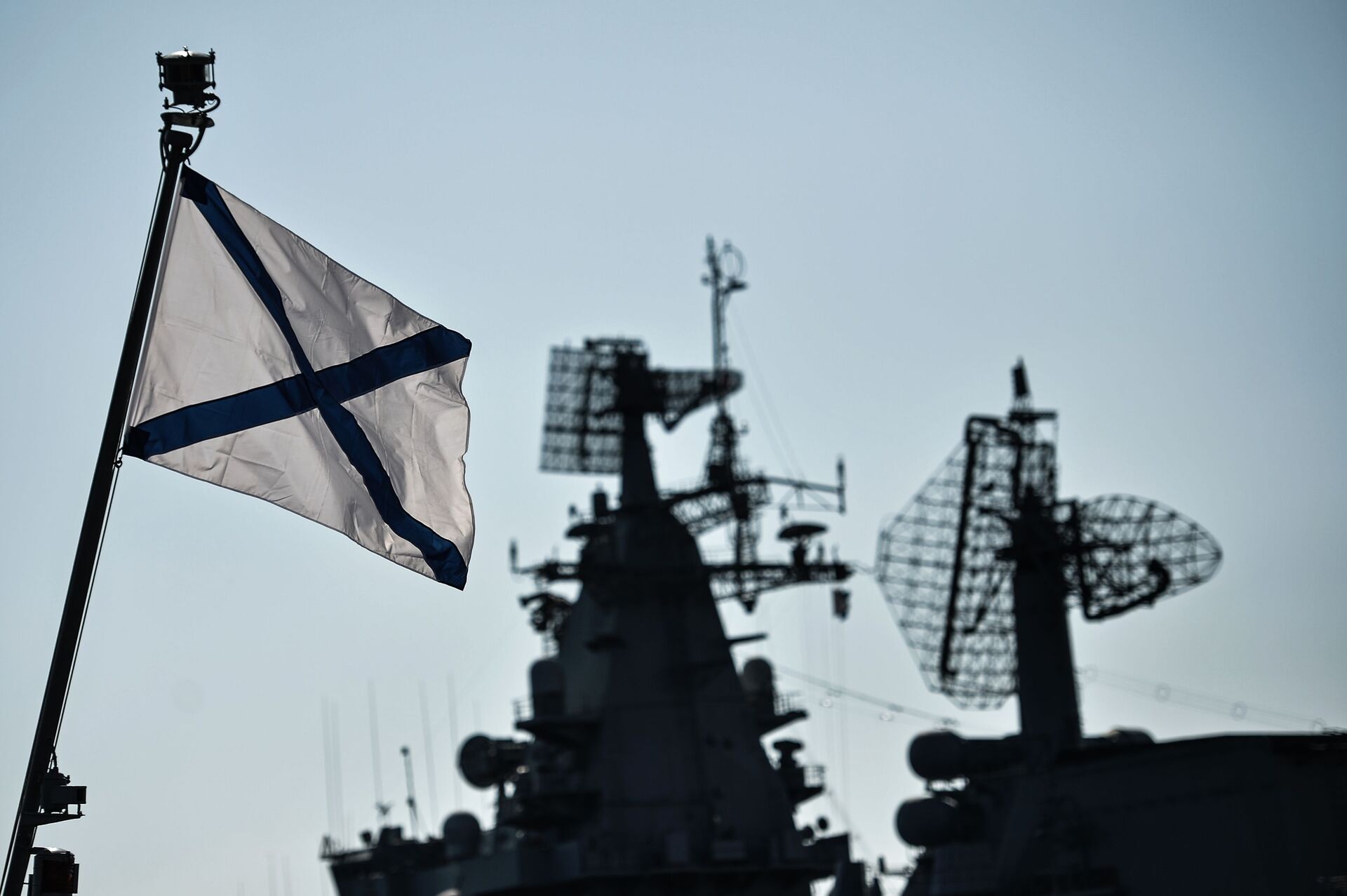 Radar systems aboard vessels of the Russian Black Sea Fleet as they dock in their home base in Sevastopol.
© Sputnik / Ramil Sitdikov
/
Go to the mediabank

Two NATO Ships Enter Black Sea, Monitored by Russian Navy
The Russian military regularly reports on attempts by NATO aircraft and drones to test the country's maritime frontiers and airspace in the sensitive region, with Russian aircraft scrambled whenever a foreign power's military equipment comes too close to the border. The MoD has reported on thousands of maritime and aerial reconnaissance incidents along Russia's borders in the Arctic, the Baltic and Black Seas and the Russian Far East in recent years, with bloc spying operations complimented by regular NATO and US drills and troop deployments near Russia's borders.

The Defence Ministry has concentrated special attention to ensuring the security of Crimea, with pro-Western authorities in Kiev and NATO nations refusing to recognise Russian jurisdiction over the peninsula, notwithstanding a popular referendum which saw the overwhelming majority of the territory's residents vote to break off from Ukraine and rejoin Russia in early 2014 in the aftermath of the Maidan coup.

Ukrainian authorities have recently stepped up diplomatic pressure on the United States to allow the Eastern European country to join NATO, with President Volodymyr Zelensky demanding a 'yes' or 'no' answer from Joe Biden on the matter, and Kiev's ambassador to Germany warning recently that Ukraine may build nuclear weapons if it is refused entry.