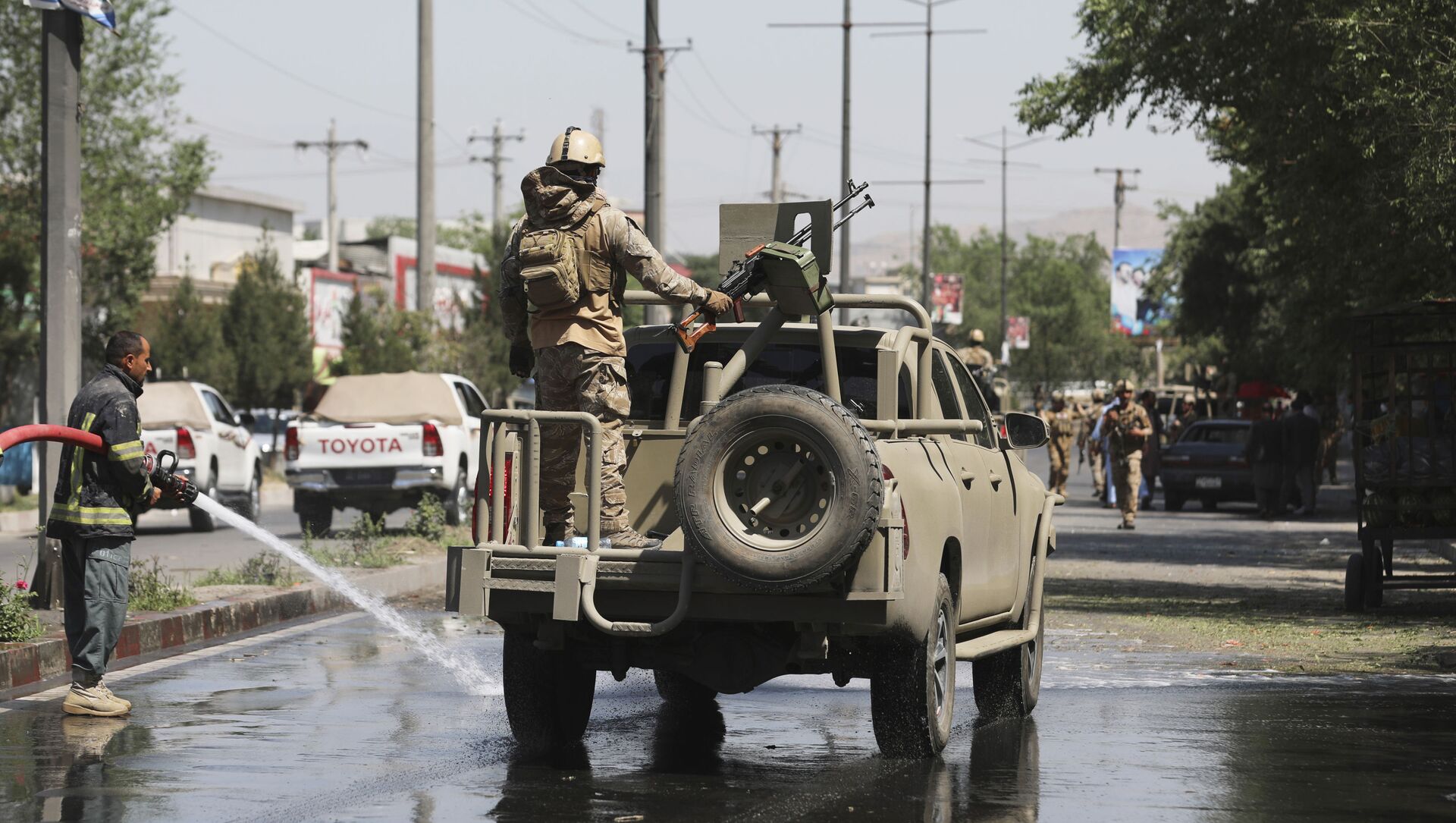 Aleksandra Serebriakova
Moscow-based Sputnik correspondent specializing in foreign affairs.
All materialsWrite to the author
In April, the NATO allies took the decision to start withdrawing their forces from Resolute Support Mission in Afghanistan, that has been in place since 2015.

Russian Defence Minister Sergey Shoigu said on Wednesday that there was a possibility of civil war erupting in Afghanistan following NATO's withdrawal.

"After the withdrawal of NATO forces, it is highly probable that a civil war may resume, with all its negative consequences: further deterioration in the life of the population, mass migration, and the spreading of extremism to neighbouring states," Shoigu argued.

According to the defence minister, the alliance had failed to achieve "significant results in stabilisation" in the country despite nearly 20 years of involvement. Shoigu added that urgent action was needed to change this situation.

"Developments in Afghanistan require the special attention of both neighbouring countries and international organisations," he warned.

The United States arrived in Afghanistan in 2001 following the 11 September terrorist attacks, kicking off what effectively became the longest military engagement in the country's history. In 2015, NATO launched Resolute Support Mission in the country in a follow-up to a previous mission, the International Security Assistance Force mission, completed in December 2014.

In February 2020, the Trump administration signed a deal with the Taliban* greenlighting the withdrawal of all American and NATO troops from the country in exchange for a pledge from the movement not to allow al-Qaeda* terrorists to operate in areas under the group's control. The original plan was that the US would completely withdraw its forces by 1 May 2021. New US President Joe Biden extended this deadline to 11 September 2021. 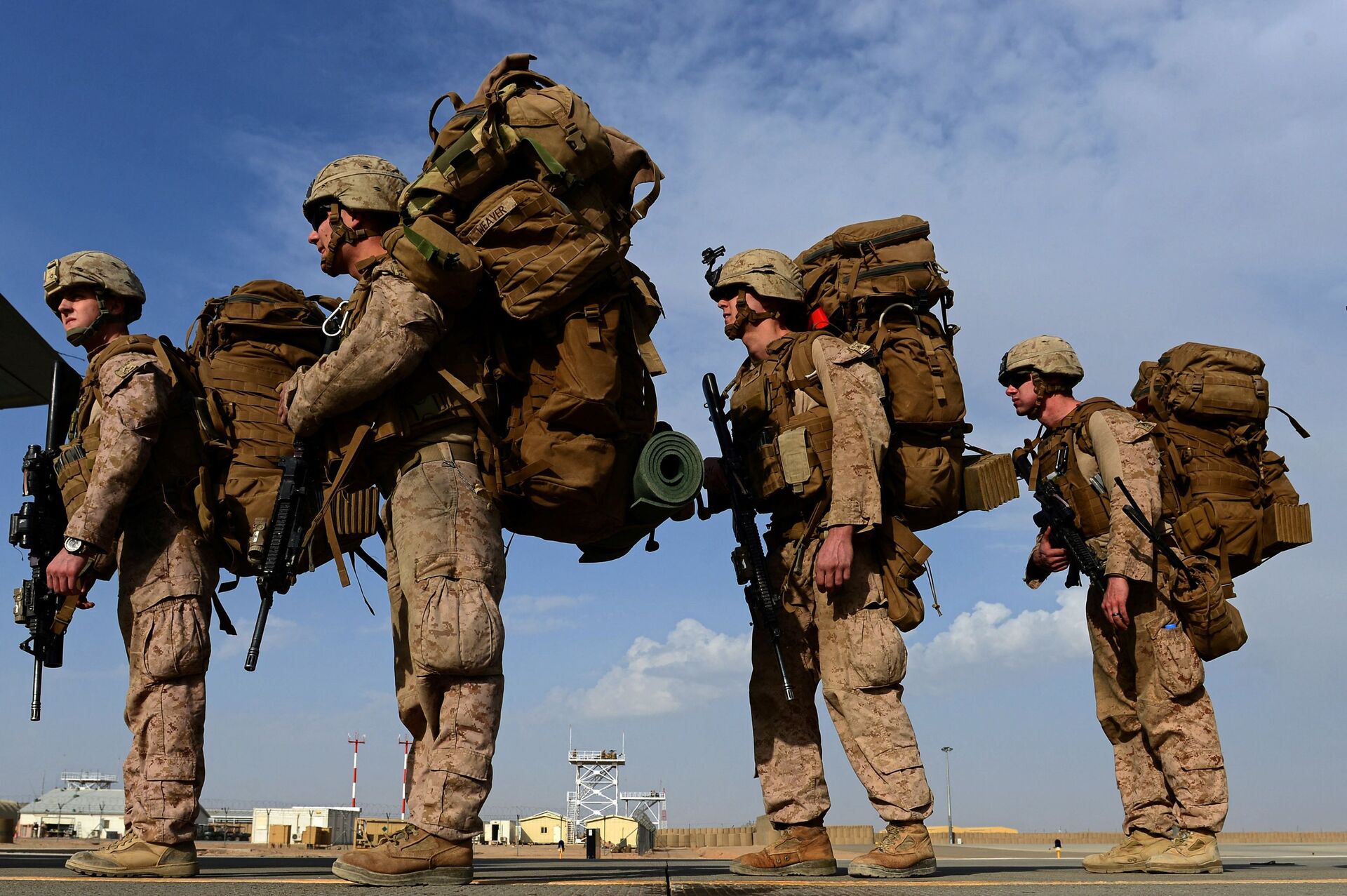 In this file photo taken on October 27, 2014, US Marines board a C-130J Super Hercules transport aircraft headed to Afghanistan's Kandahar as British and US forces withdraw from the Camp Bastion-Leatherneck complex at Lashkar Gah in Helmand province
© AFP 2022 / WAKIL KOHSAR

In late April, NATO announced that it had started withdrawing forces from Afghanistan following a call from President Biden to recall troops taking part in the 9,600-strong mission. NATO officials told media at that time that the withdrawal process will be an "orderly, coordinated and deliberate process", despite fears that this would pave a way for Taliban forces gaining power in the region.

Some NATO members, including the UK, expressed dissatisfaction with Biden's rush to withdraw troops from the country based on a calendar date, rather than when all the necessary conditions are met and critical infrastructure in the country secured.

On Tuesday, the Taliban managed to capture Afghanistan's main border crossing with Tajikistan, its most significant gain since the US began its final stage of the withdrawal.

"We were forced to leave all check posts... and some of our soldiers crossed the border into Tajikistan. By the morning, (Taliban fighters) were everywhere; hundreds of them," an unnamed army officer told AFP.

Washington called on warring parties to stop the violence and "engage in serious negotiations that determine a political roadmap" for the country's future.

"We continue to call for an end to the ongoing violence that has been driven largely by the Taliban," State Department spokesman Ned Price said on Tuesday.

The 11 September withdrawal date remains unchanged so far, but the Pentagon hinted this week that there is a chance that the pull out process may be slowed down somewhat following an escalation of movement from the Taliban since the US started recalling its troops from the country.