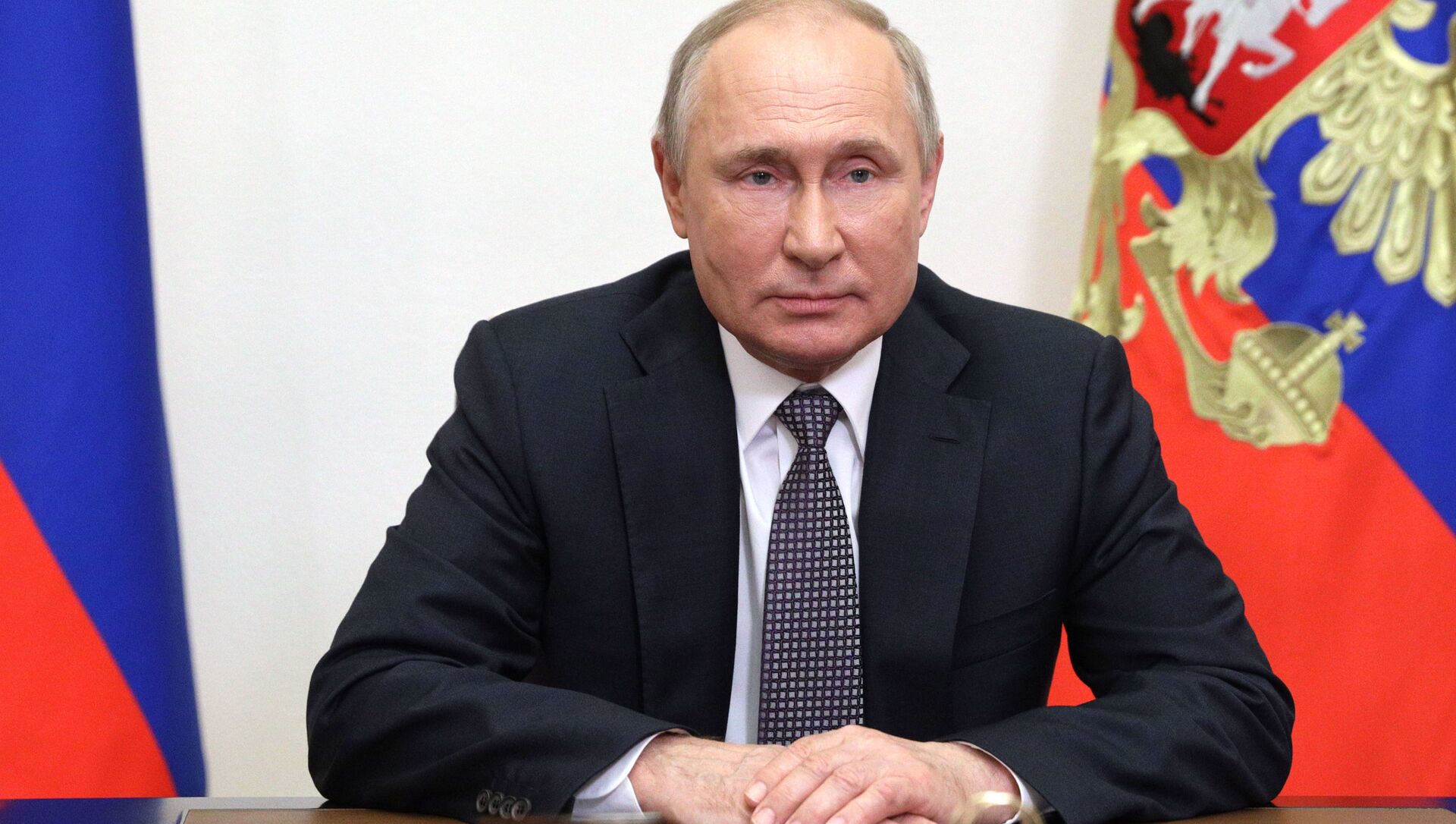 © Sputnik / Sergey Ilyin
/
Go to the mediabank
Subscribe
International
India
Africa
Maxim Minaev
All materialsWrite to the author
In an interview to NBC last week, Russian President Vladimir Putin described NATO as a relic of the Cold War-era, adding that he was not sure why it still existed.

Russia is concerned about the build-up of NATO's military infrastructure near its borders, as well as the fact that the alliance is reluctant to constructively consider proposals to de-escalate tensions, thus reducing the risk of unpredictable incidents, President Vladimir Putin said, addressing the ninth Moscow Conference on International Security on Wednesday.

"We expect that common sense and the desire to develop constructive relations with us will eventually prevail," Putin added.

In a statement echoing Putin's remarks, Russian Defence Minister Sergei Shoigu told the participants of the meeting that the alliance was also considering routes to quickly transfer troops to the borders of the union state of Russia and Belarus.

Shoigu cited the Defender Europe drills, during which offensive operations on NATO's eastern flank were practised, as an example.

He also stressed that the recent NATO summit in Brussels confirmed that the bloc is being transformed into a global military and political alliance, aimed at containing Russia and China.

"The decisions taken at the summit to increase the military spending of the member states and to boost the potential of nuclear deterrence will consolidate the military confrontation in Europe for years," Shoigu told the conference.

Shoigu expressed the belief that the formal dialogue that Brussels proposes to continue within the framework of the Russia-NATO Council does not reduce tensions in bilateral relations, especially given that some European countries are interested in escalating the conflict.

During his interview to NBC last week, Putin was asked a question about Russia's troop movements near the Ukrainian border. He responded saying that Russia carries out its military exercises on its own soil, whereas NATO routinely conducts manoeuvres near the Russian border.

World
NATO Drills, Cyberattacks, & Navalny: Highlights of Putin's NBC Interview Ahead of Summit With Biden
The president wondered what the alliance's reaction would be if Russian troops were sent into the direct proximity of NATO countries' borders.

He also called NATO a relic of the Cold War-era, adding that he was not "sure why it still continues to exist".

Moscow has repeatedly expressed concern regarding an increased NATO military presence in Europe, including the alliance’s ongoing eastward expansion.

The Kremlin has also emphasised that Russia poses no threat to other nations, but that it will not ignore actions that jeopardise its national interests.

During the ninth Moscow Conference on International Security on Wednesday, Putin also expressed the belief that political will and willingness to compromise can contribute to strengthening strategic stability.

"Earlier, Russia presented proposals to develop a new security formula, which should take into account all factors that have an influence on strategic stability in interconnection. We are convinced that political will and willingness to compromise can yield a positive result."

Putin cited the Russian-US agreement to extend the New START nuclear arms reduction to 2026 as a great example.

Preventing a new world war is the key task of the United Nations, any new rules of the game should be formed under the UN's auspices in order to avoid chaos and unpredictability, Putin said.

"Since the moment of its creation, the UN has been and remains the foundation of the system of international relations. The main task of this reputable and universally acknowledged organisation is to prevent a global conflict, a new world war. Any new rules of the game should be formed under the UN auspices, as other options would lead to chaos and unpredictability."

Russia never loses sight of its responsibility to ensure the security of neighbouring countries and intends to further contribute to de-escalating regional conflicts, Putin pledged.

"Russia never forgets about the responsibility it bears for the security and prosperity of neighbouring countries, with which we are bound by indissoluble historical, cultural and personal ties. We are committed to further contribute to de-escalating regional conflicts, and strengthening peace and stability on our continent," he said.

Putin added that the settlement of regional conflicts, which Russia is actively promoting, is an important aspect of ensuring global security.

The president stressed that Russia never imposes its will on other nations, and it is ready to engage in solving global and regional problems on an equal footing through the use of political and diplomatic methods.

"Unfortunately, the turbulence of geopolitical processes is still growing even despite some positive signals. The erosion of international law continues. Attempts to push one's interests through the use of force and to strengthen one's security at the expense of others never cease," Putin added.

The president emphasised that the conference centres around the most important issues on the modern military and political agenda.

"The strengthening of global security and sustainable development of our civilisation depend on the solution of this problem, on the effective search for joint responses to common challenges," Putin added.