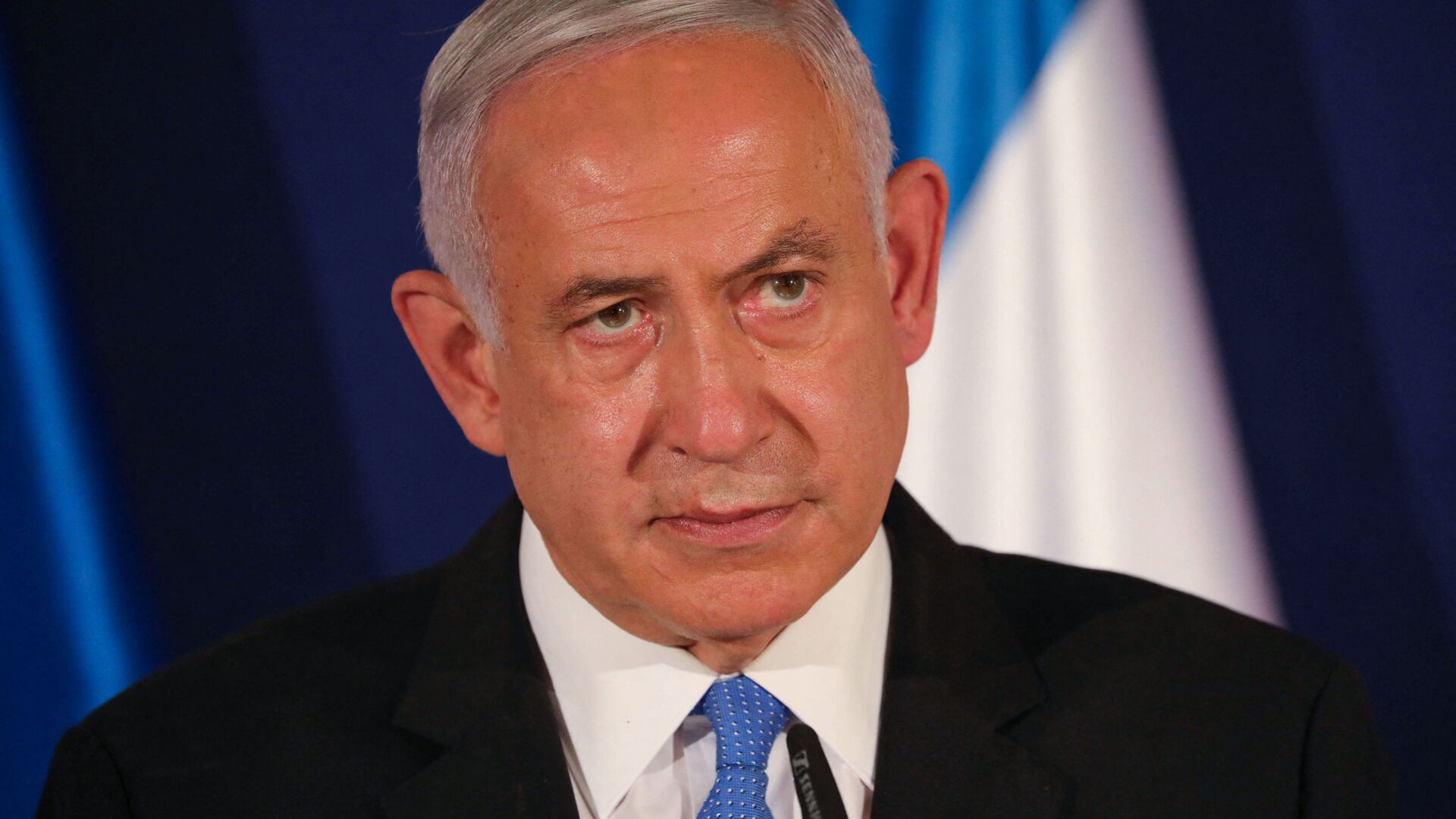 Ekaterina Blinova
All materialsWrite to the author
Although Benjamin Netanyahu has stepped down as Israel's prime minister, this does not mean that his political struggle is over, say Israeli observers explaining how the ex-PM's criticism of the Biden administration and Naftali Bennett's cabinet over Iran could affect US-Israeli relations.

On Monday, former Israeli Prime Minister Benjamin Netanyahu accused Foreign Minister Yair Lapid of endangering the Jewish state, citing the latter's alleged pledge to Washington to inform the US government of any actions against Iran beforehand. The former PM insisted that through this vow, Lapid had given up on Israel’s freedom of operations against Tehran's nuclear programme as well as on the country's sovereign right to self-defence.

According to Israel's Foreign Ministry, Lapid indeed held a conversation with US Secretary of State Blinken last Thursday and vowed to adhere to the "no surprises" policy without mentioning Iran specifically.

"What Netanyahu is really doing, in my view, is pure demagoguery," argues Professor Meir Litvak, director of the Alliance Centre for Iranian Studies and principal research fellow at the Dayan Centre for Middle Eastern Studies at Tel Aviv University. "The irony is that Netanyahu himself actually made similar agreements with the Americans on major issues."

While it would be an exaggeration to say that Israel has to ask Washington's permission for every secret operation against Iran, it is clear that the Jewish state cannot declare a war against the Islamic Republic without the US' consent, according to the scholar.

"Israel is dependent on the US economically and politically, we receive American military aid," Litvak underscores. "There's no way Israel can defy the US on major issues. I'll give you an example. In 1956, Israel went to war against Egypt and was severely punished by the United States because it was done without American agreement. There are certain limitations to our power, our freedom of action."

However, in the event of grave danger, Israel might break a "no surprise" promise, notes Efraim Inbar, president of the Jerusalem Institute for Strategy and Security (JISS) think tank. While the promise implies that Israel will have to tell the Americans in advance what it plans to do, "this is not always in the best interest of Israel," Inbar remarks. 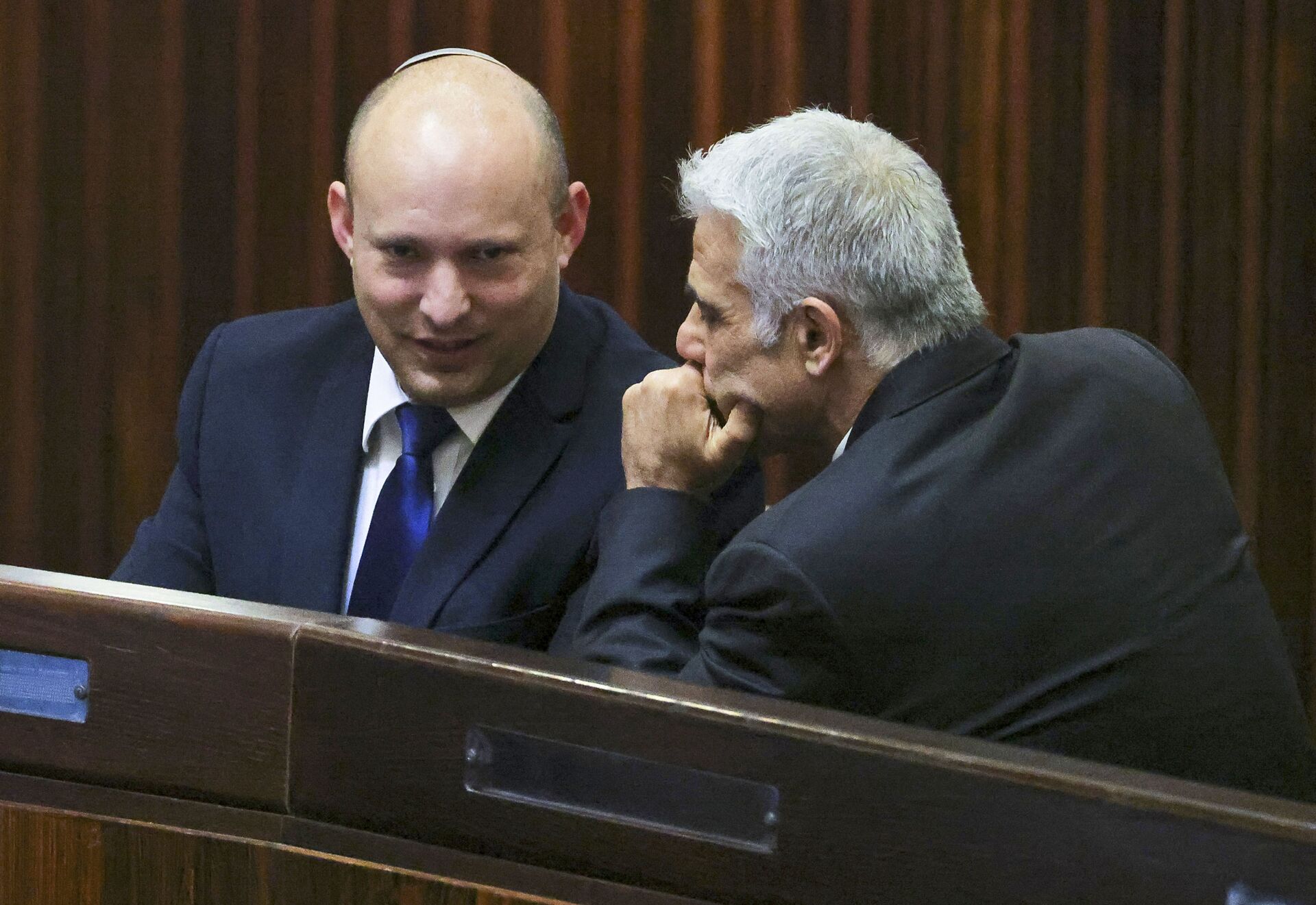 Israel's Yamina party leader, Naftali Bennett (L), smiles as he speaks to Yesh Atid party leader, Yair Lapid, during a special session of the Knesset, Israel's parliament, to elect a new president, in Jerusalem on June 2, 2021. - Israeli politicians battling to unseat veteran right-wing Prime Minister Benjamin Netanyahu were locked in last-ditch talks on today to hammer out their "change" coalition composed of bitter ideological rivals. Netanyahu's opponents have until the end of the day -- 11:59 pm (2059 GMT) -- to cobble together an administration that would end 12 straight years of rule by the hawkish heavyweight, Israel's longest-ruling premier.
© AFP 2022 / RONEN ZVULUN

Being ousted as prime minister, Netanyahu is likely to resort to a campaign against the Biden administration and the new Bennett government over the Iran nuclear deal, Axios reported on Monday, assuming that "Netanyahu wants to be the face of Israel's opposition to the deal at home and in Washington."

Presently, the US is involved in indirect talks with Iran over the revival of the 2015 Joint Comprehensive Plan of Action (JCPOA) in Vienna. On Sunday, top diplomats signalled that further progress had been made at negotiations between Iran and the global powers, potentially paving the way to the US-Iranian agreement. Netanyahu has been an ardent opponent of the deal from the start and praised Donald Trump's unilateral withdrawal from the nuclear accords in 2018.

"Israel has only limited ability to affect the American approach towards Iran," explains Inbar. "They are quite determined to sign an agreement with Iran similar to the 2015 nuclear agreement, which is a bad agreement and the Biden administration is signalling weakness towards Iran. I think Israel can try, maybe only to influence the American policy at the margins, but not to prevent it from signing an agreement with Iran." 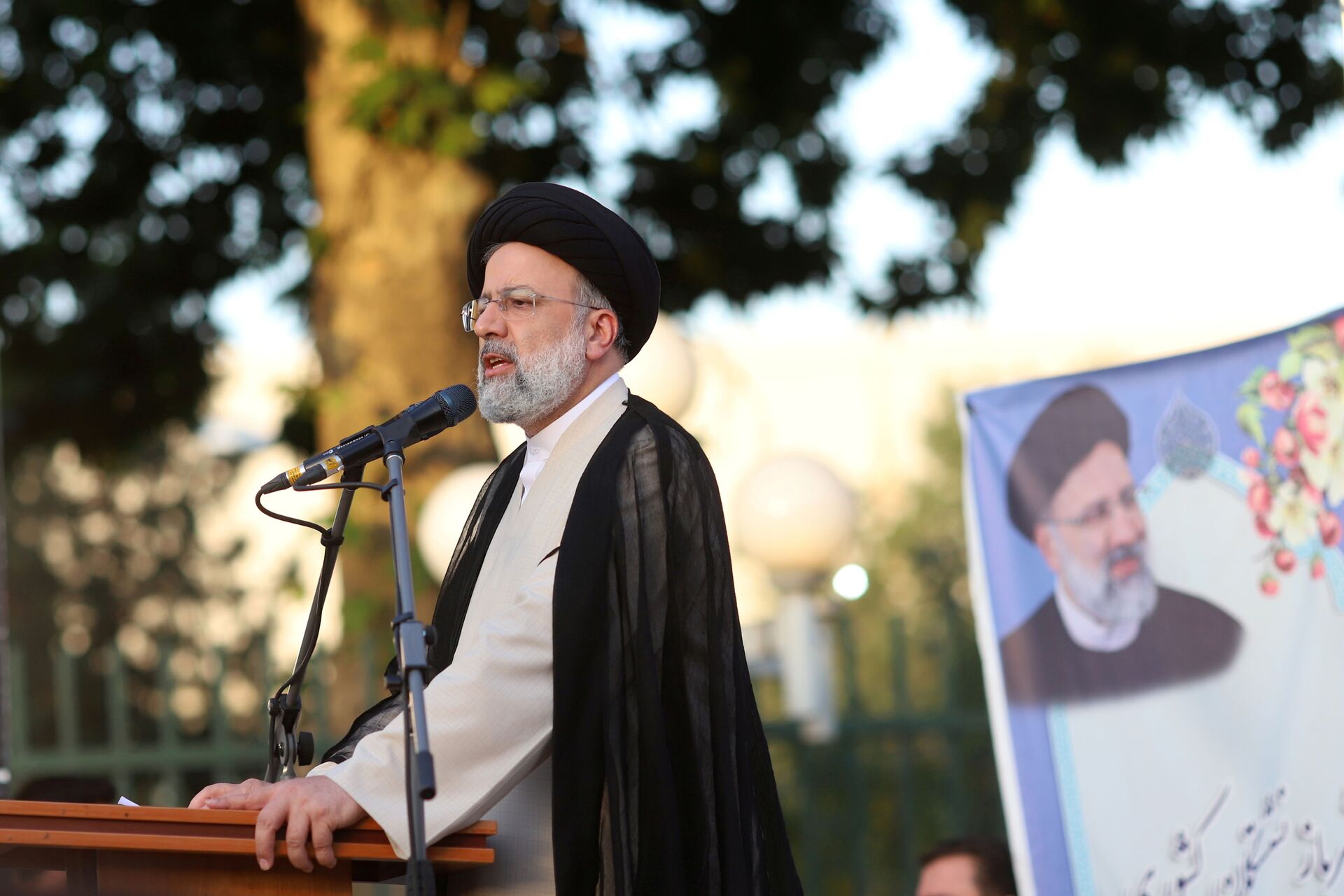 However, it is not clear whether the new president of Iran, Ebrahim Raisi, who is due to assume office in August, is ready to sign this agreement, according to the JISS president. The Iranian president-elect, who is often referred to as a "hardliner", made it clear in his first speech after the elections that Tehran would not negotiate the nuclear deal if the talks do not ensure the interests of Iran.

Meanwhile, there is yet another dimension to Netanyahu's ire over the new Israeli cabinet and the Biden administration, according to Litvak: the former prime minister "was clearly insulted by American President Biden."

"[Biden] waited for more than a month until he called Netanyahu," the scholar highlights. "He waited two hours before he called the new Prime Minister [Naftali] Bennett. So, Netanyahu has nothing to lose by messing up his personal relations with the current American administration. So, he doesn't care about the consequences."

In any event, Netanyahu's new political game as an opposition leader is unlikely to upend the US-Israeli relationship, according to observers.