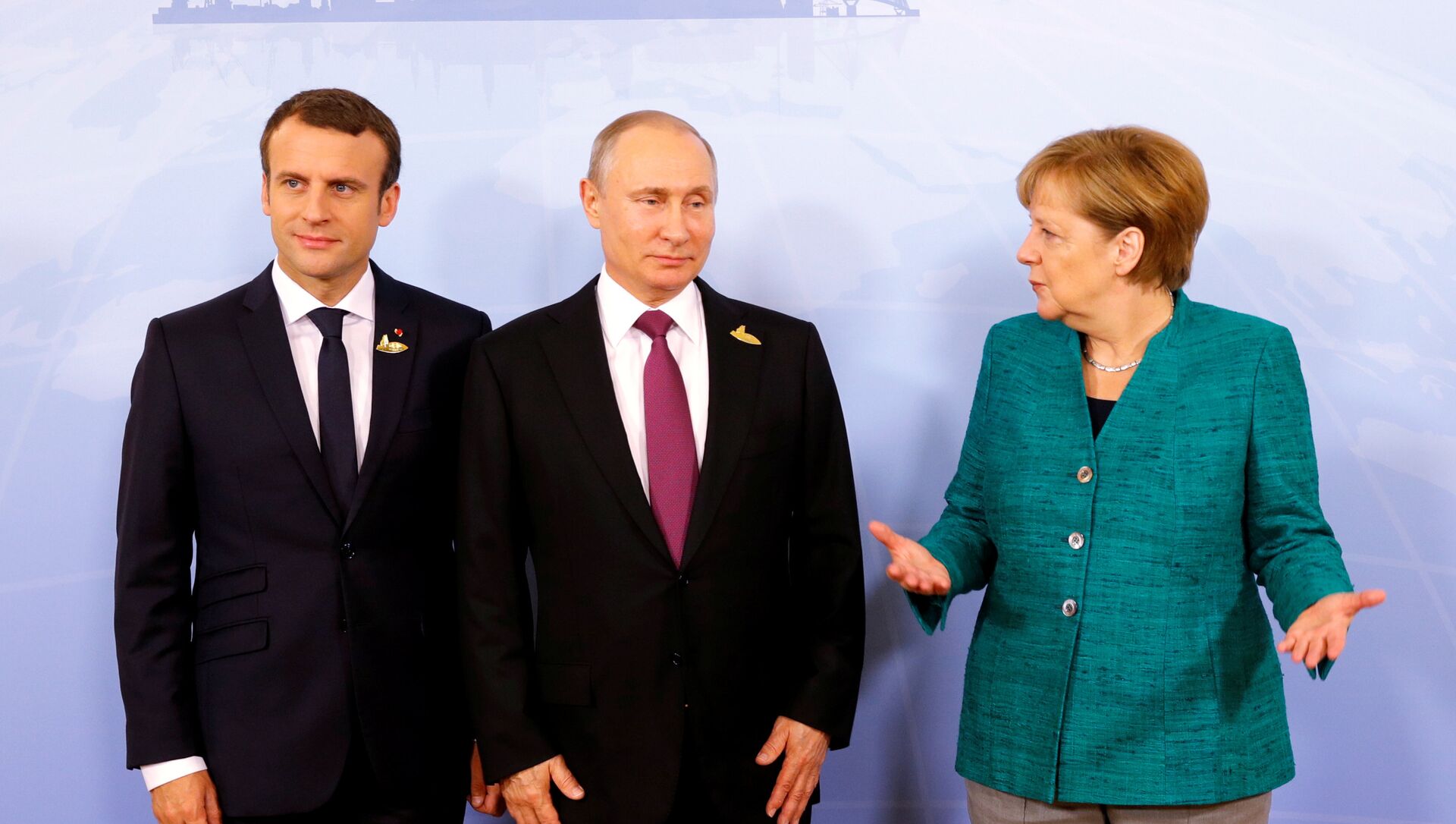 Ilya Tsukanov
All materialsWrite to the author
The Russian president held his first face-to-face talks with Joe Biden in the latter's capacity as president last week, with European and world leaders watching closely for any signs that the current icy relationship between Russia and the US might thaw.

German Chancellor Angela Merkel and President Emmanuel Macron of France are privately calling for a summit meeting of European leaders including Russian President Vladimir Putin in a bid to steer the European Union toward "closer engagement with Russia," the Financial Times reports, citing people said to be familiar with the diplomatic discussions.

Diplomats told the business newspaper on Wednesday that the summit proposal is being spearheaded by Merkel, with Macron expressing support for the idea.

At the same time, German and French diplomats reportedly put other EU members on the spot in a meeting in Brussels on Wednesday by fielding a new proposal to improve relations with Russia, with some countries raising a "stink" about the idea.

Merkel is said to have been in close contact with Germany's European allies on the matter over the past several days, with Macron and Italian Prime Minister Mario Draghi recently visiting Berlin this week. US Secretary of State Antony Blinken also held talks with German officials this week.

Russia Expects to Start Talks With US on Arms Control Within Weeks, Deputy Foreign Minister Says
The Federal Republic reportedly considers last week's Putin-Biden summit as a "template" for improving ties with Moscow, over seven years after the Western-backed coup d'etat in Kiev, Ukraine sent relations spiralling to levels unseen since the Cold War.

The Russian president attended EU summit meetings several times before the crisis in Ukraine, last doing so in January of 2014. During those summits, Moscow and Brussels discussed a wide range of issues including joint measures to combat terrorism, energy security, investment in Russia, scientific and technological cooperation, and even the ambitious prospect of creating a "common economic and humanitarian space stretching from Lisbon to the Pacific coast."

The FT says the German-French proposal calls for a "selective engagement" with Russia and is "likely to alarm" the EU's Russia detractors, including Poland and the Baltic states, whose leaders have pushed for a hard line on Moscow and worked to assist a range of US initiatives to drive Europe and Russia apart. 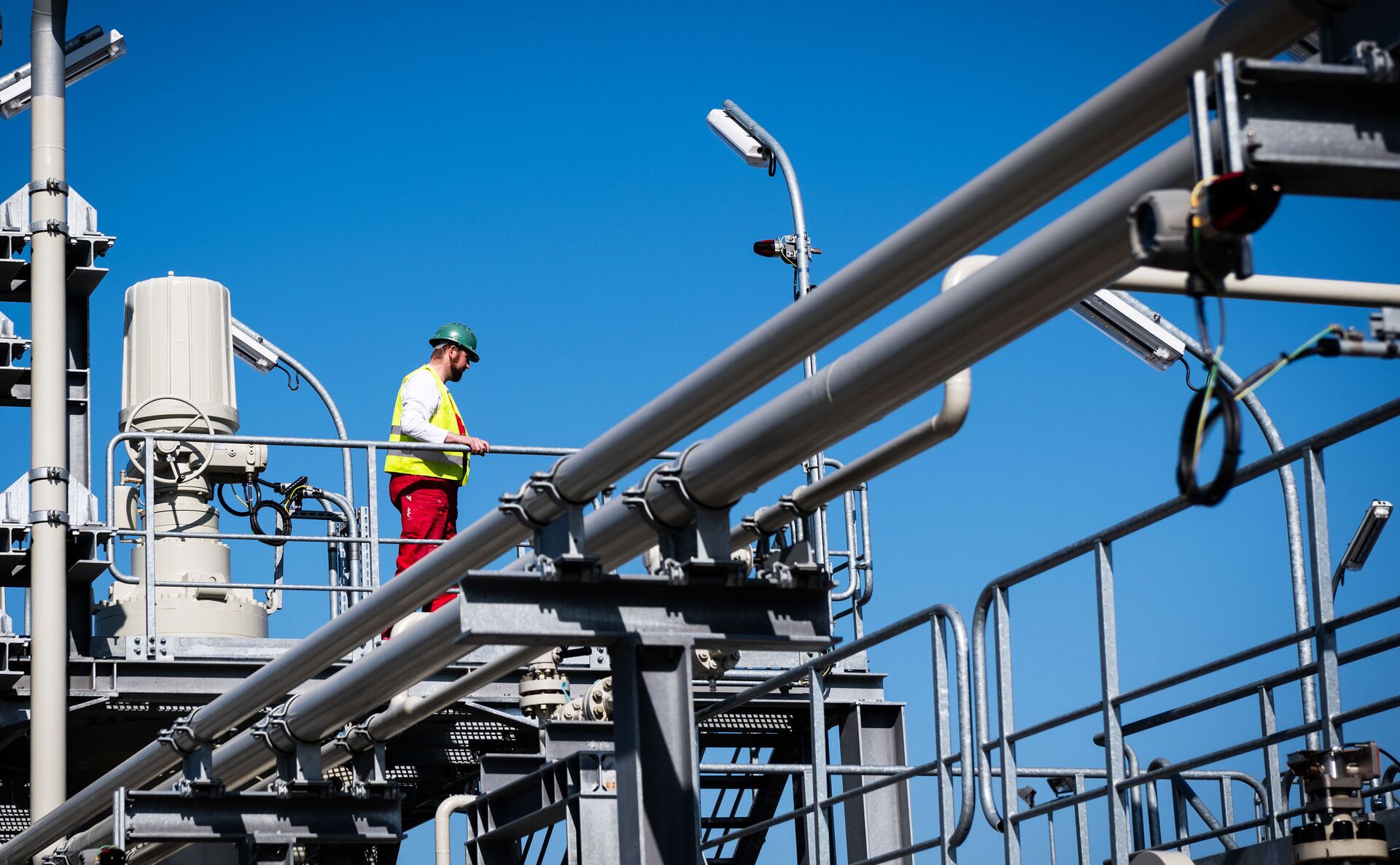 The proposal further calls on the European Commission and the EU's diplomats to create "concrete proposals and leverages" for this "engagement" in a broad array of areas, including climate change, the Arctic, cross-border cooperation, healthcare, space, terrorism and foreign policy in areas including Syria and Iran.

"In this regard, the European Council calls for a review of the existing format of dialogue with Russia, including meetings at leaders' level," a draft of the proposal cited by the FT reads.

Chancellor Merkel spoke to President Putin by phone on Tuesday on the 80th anniversary of the start of Operation Barbarossa, the Nazi German-led invasion of the Soviet Union in June of 1941. The Kremlin said that Putin informed his German counterpart on the results of the Russian-US summit in Geneva, and told her that security on the European continent was possible only through joint efforts.

China, Russia to Support Each Other as West Ramps Up Sanctions Regime, Beijing Says
The "summit" idea come amid efforts by the United States and its allies to isolate China in the Pacific and to form an Asian-Pacific analogue to NATO involving Japan, India, and Australia. Officials, military commanders, and diplomats in both and Moscow and Beijing have spoken repeatedly about the importance of the strategic partnership between the two countries, and rejected efforts by the US and its allies to try to sully the historically strong relations between Moscow and Beijing. At the same time, the two countries have shied away from the creation of a formal military alliance, pointing to their support for the principles of non-alignment and non-confrontation.
Newsfeed
0
Access to the chat has been blocked for violating the rules . You will be able to participate again through:∞. If you do not agree with the blocking, please use the feedback form
The discussion is closed. You can participate in the discussion within 24 hours after the publication of the article.
To participate in the discussion
log in or register
loader
Chats
Заголовок открываемого материала