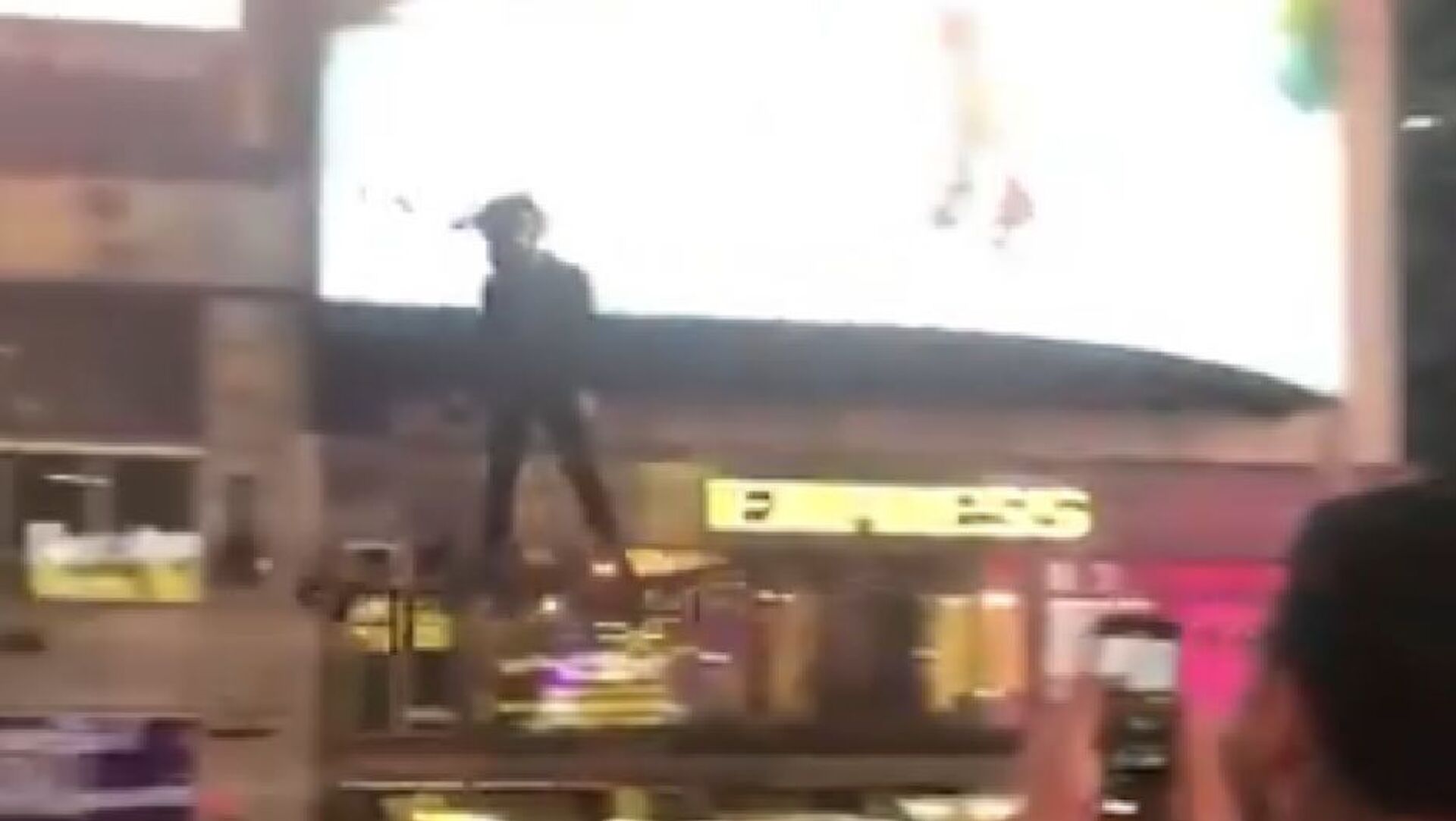 Maxim Minaev
All materialsWrite to the author
Social media has erupted with all sorts of reactions, as the man flying on a hoverboard reminded them of a supervillain from the Marvel universe.

A video has gone viral on social media that shows a man flying on a hoverboard over New York’s Times Square.

The footage shows a man, later revealed to be YouTuber Hunter Kowald, dressed in a uniform standing on a flying platform that moves along the street.

Oh nothing - just a dude flying around NYC… pic.twitter.com/qJp2mKgV8R

​According to some social media users, the helmet that was on the glider resembles the helmet of the villain Loki from the Marvel universe. At the same time, the method of movement reminded many of the Green Goblin, Spider-Man's foe, since he also flew on a similar device in New York.

You’re telling me there was a dude on a hoverboard flying around Times Square and it WASN’T the goddamn Green Goblin?

Some netizens wondered where Spiderman was if it was indeed Green Goblin flying there.

Where's Spider-Man when you need him? This guys been dropping pumpkin bombs up and down Times Square all night! https://t.co/Ubz1ORWXRk

​Some media outlets point out that the flight over Times Square was not a marketing ploy to promote the upcoming movie, but most likely a demonstration of a product that will soon be available for purchase.