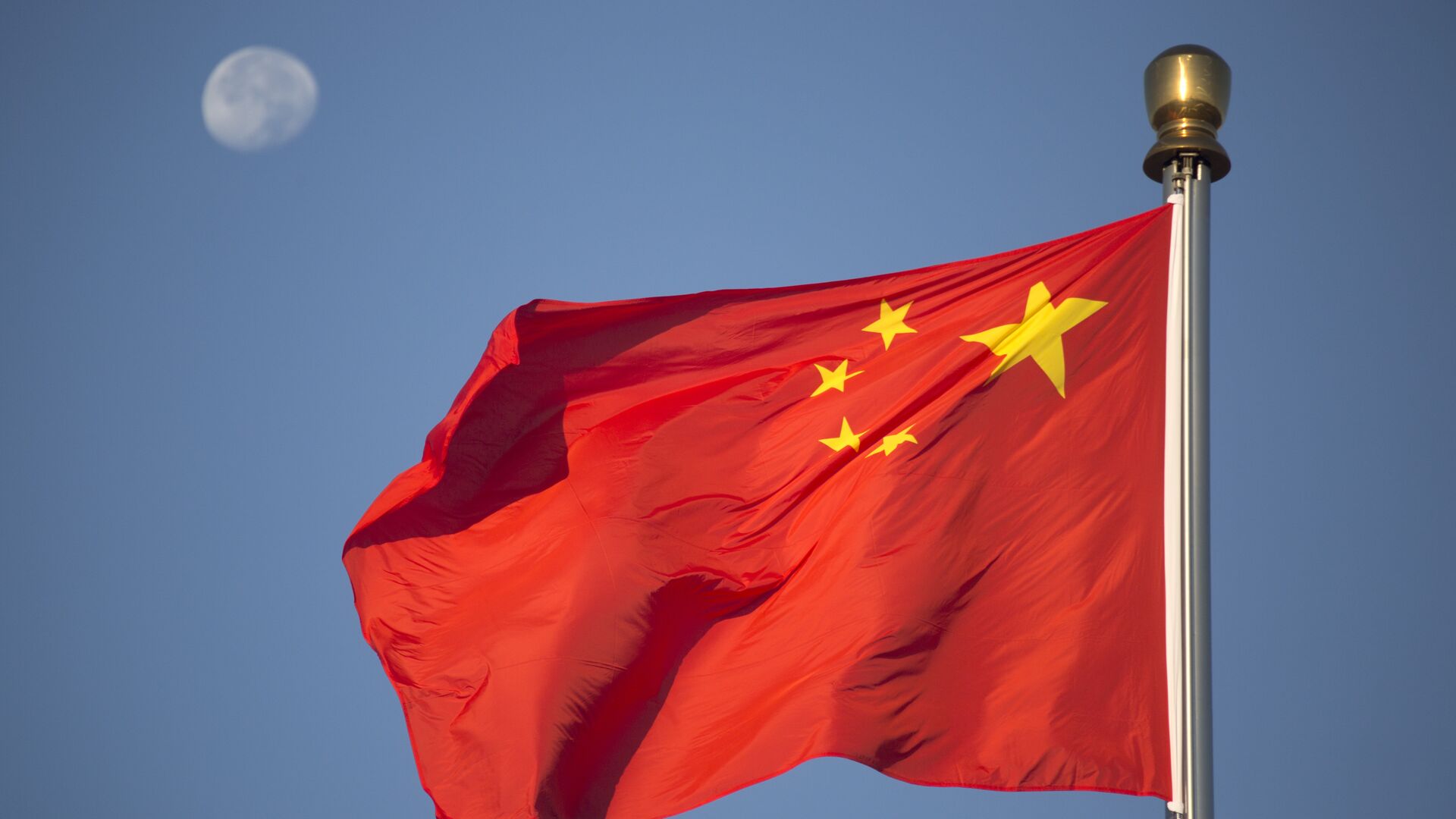 © AP Photo / Mark Schiefelbein
Subscribe
International
India
Africa
Ilya Tsukanov
All materialsWrite to the author
Chinese officials have been fighting a war of words with their US counterparts in the Biden administration in recent months amid the latest escalations of China-US tensions over Taiwan. Beijing considers the island to be an integral part of China and has threatened to take action against both its “separatist” politicians and their foreign backers.

“One power” is responsible for chaotic phenomena being experienced in the world, and Beijing will not allow Taiwan to be torn away from its jurisdiction, Chinese Defence Minister Col. Gen. Wei Fenghe has warned.

“Today, the world is characterised as chaotic. Chaotic phenomena and situations arise, and the reason for this is that one power, forgetting about everything and putting itself on a course only of Cold War thinking, uses the policy of force, puts its hegemony, unilateralism and interventionism above all else,” Wei said, speaking by video link at a security conference in Moscow on Wednesday.

“This country imposes its own rules and will on other nations, meddles in the internal affairs of other states both with and without reasons, implements a policy of ‘containment,’ disengagement, isolation, sanctions, the manipulation of public opinion, and colour revolutions to replace the legitimate authorities and governments in a number of countries,” the general added.

“We must jointly resist these efforts, it is necessary to defend the international system with the United Nations at the forefront – to defend a world order based on international law, and support the central role of the UN in international affairs,” he said.

Wei also stressed that Beijing was not looking to pick a fight with Washington, but instead looking to strengthen contacts, settle differences, expand cooperation, and promote healthy relations “based on the principles of conflict avoidance, mutual respect, cooperation, and mutual benefit.”

Criticising the US over its interference in China’s internal affairs – from Hong Kong and Tibet to the South China Sea and Taiwan – the minister warned that Beijing would “never” allow for the island’s status to be questioned.

“We steadfastly defend the fundamental interests of our state. Taiwan is an integral part of the People’s Republic of China and the unity of China is a national duty and an irrepressible historical trend that cannot be questioned,” he said. “Taiwanese independence will not end well, and the intervention of foreign forces will not be successful. The People’s Liberation Army will never allow Taiwan to be ripped away from China."

Wei’s comments come following the latest Taiwan-related escalation between China and the US. On Wednesday, a spokesman for the People’s Liberation Army’s Eastern Theatre Command blasted the US Navy over Tuesday’s "freedom of navigation" passage through the Taiwan Strait, suggesting that the sail demonstrated that the United States was “the largest source of threats,” and accusing Washington of “deliberately” undermining regional security. “The US side is intentionally playing the same old tricks and creating trouble and disrupting things in the Taiwan Strait,” the command said in a statement.

World
Beijing Decries US Warship's Passage Via Taiwan Strait as Threat to Regional Peace
Some US officials have sought to restrain their colleagues’ fears about alleged Chinese plans to "invade" Taiwan. Last week, Joint Chiefs Chairman Gen. Mark Milley poured cold water on the "invasion" idea, saying the PRC doesn’t have the capability or desire to do so.

Taiwan’s authorities severed ties with mainland China at the end of the Chinese Civil War in 1949, when Nationalist forces defeated by Mao Zedong’s communists fled to the island. In the decades that followed, Taipei and Beijing each claimed to represent all of China, with the United States blocking a Soviet demand that the People’s Republic be given Taiwan’s seat at the United Nations Security Council. The Nixon administration dropped its veto in 1971 as part of Washington’s campaign to improve relations with Beijing, and since 1979 has stuck to the "One China" principle, which recognises the PRC as the sole China. The US continues to provide military and diplomatic support to Taiwan, to Beijing’s annoyance. Chinese officials have spent decades improving economic relations and negotiating with their Taiwanese counterparts toward eventual peaceful reunification, but these efforts have occasionally been challenged by separatist politicians on the island.