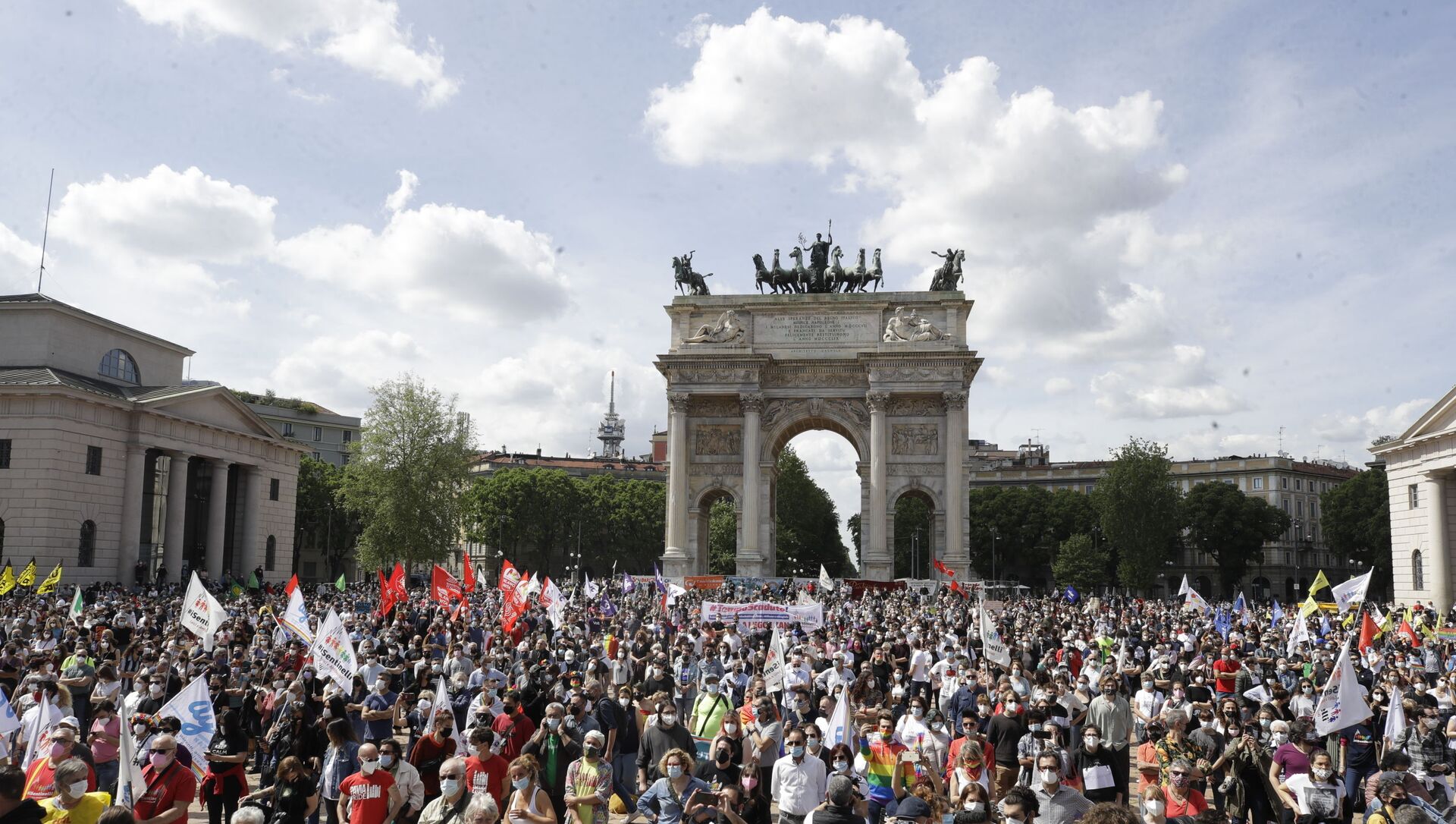 The Vatican argues the new Italian law would violate 90-year-old treaties between the two states and criminalise the church for not allowing same-sex marriage and adoption by gay couples and for refusing to teach practices that go against Catholic values.

The Vatican City has formally asked Italy to drop a proposed law that could see the Catholic church criminalised for refusing to conduct gay marriages.

In a move described as "unprecedented" by the daily Corriere della Sera newspaper, the Roman micro-state of the Holy See has made a formal protest to the Italian government.

Pope Francis' envoy Archbishop Paul Richard Gallagher delivered a letter or 'note verbale' to the Italian embassy to the Vatican on June 17.

The so-called "Zan bill," named after gay MP Alessandro Zan from the centre-left Democratic Party, was passed by the lower house of parliament in November and is currently being debated in the Senate.

Snubbing Vatican's Advice, US Catholic Bishops Vote to Deny Biden Eucharist for Abortion Support
The Vatican believes that the law would violate the 1929 Lateran Pacts, which enshrine Vatican City as a sovereign state and regulate its relations with Italy.

In addition to clauses on same-sex marriage, the church argues the legislation would outlaw Catholic orphanages and adoption agencies from opposing adoption by gay couples, and force Catholic schools to teach politically-correct concepts of transgenderism and gender fluidity that go against church doctrine.

Italian bishops have criticised the legislation, saying: "a law that intends to combat discrimination cannot seek that objective through intolerance and by questioning the reality of the difference between men and women".

"We say 'yes' to loving whoever you want and 'yes' to the fight against discrimination, and 'yes' to punishing any form of violence," Salvini said. "But we are against any censorship or trials for those who believe that mother, father and family are at the heart of our society".