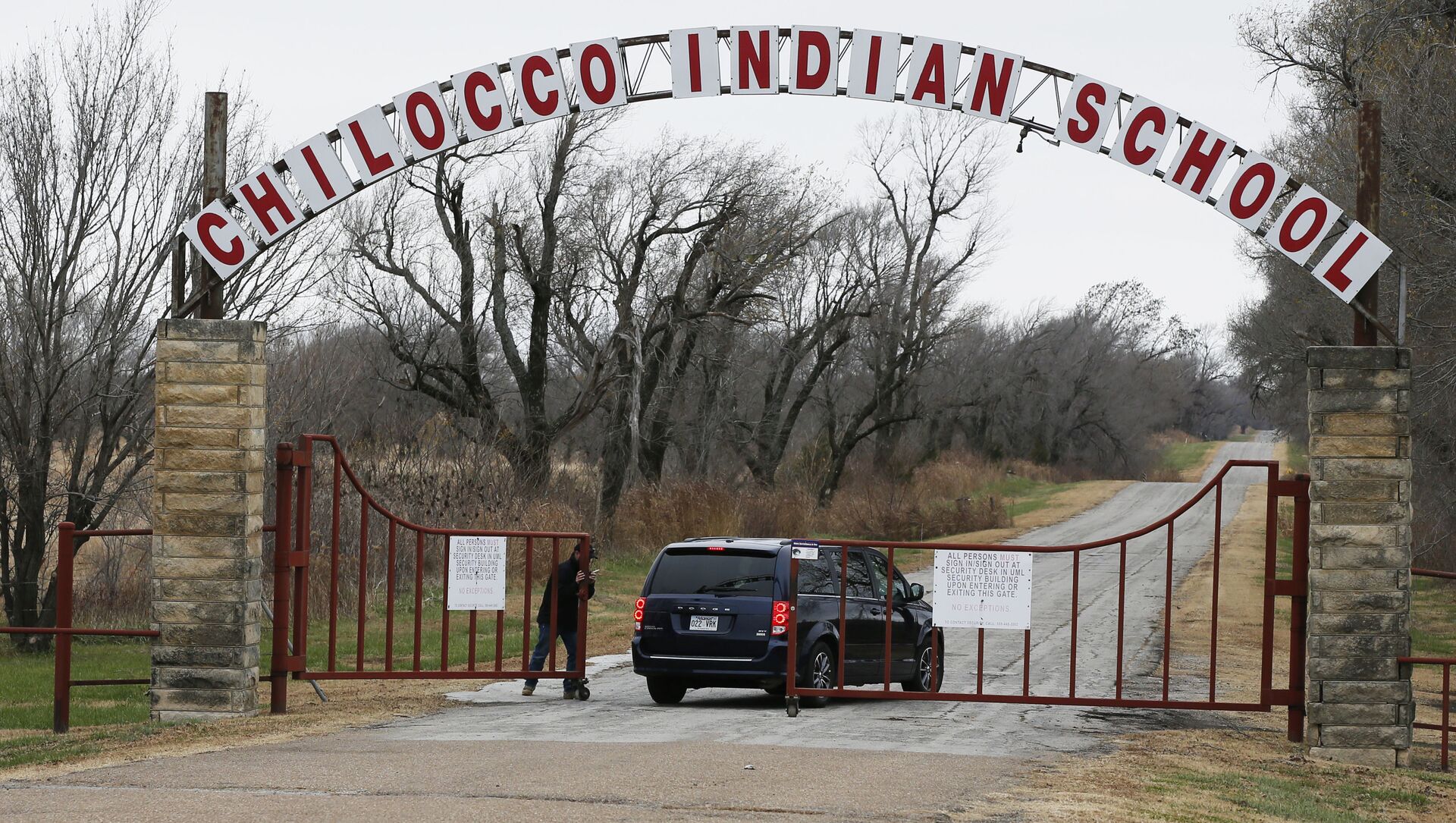 WASHINGTON (Sputnik) - The United States will carry out an investigation to identify boarding schools for Native Americans as well as to locate possible mass burial sites near those facilities following the discovery of a mass grave with 215 Indigenous children in Canada, Interior Department Secretary Deb Haaland announced on Tuesday.

"We must shed light on the unspoken traumas of the past, no matter how hard it will be. Today, I’m announcing that the Department will launch the Federal Indian Boarding School Initiative," Haaland said via Twitter. "This investigation will identify past boarding school facilities and sites; the location of known and possible burial sites located at or near school facilities; and the identities and Tribal affiliations of children who were taken there."

The investigation will include three stages - identification of all boarding schools and their students, consultations with tribal organizations, and conducting sitework to protect cemeteries and burial sites – and will result in a final written report submitted no later than by April 1, 2022, Haaland said in a memorandum published on the same day.

The Indian boarding schools were established by the Indian Civilization Act of 1819 and existed through the 1960s to culturally assimilate Indigenous children of the United States by forcibly relocating them from their families and communities where their Native identities, languages, and beliefs were forcibly suppressed, Haaland explained.

The initiative comes amid the recent announcement made in Canada by the Tk'emlups te Secwepemc First Nation last month that a deep scan of the Kamloops Indian Residential School site with ground-penetrating radar confirmed the discovery of 215 children’s remains, with some of the deceased being as young as three years old.