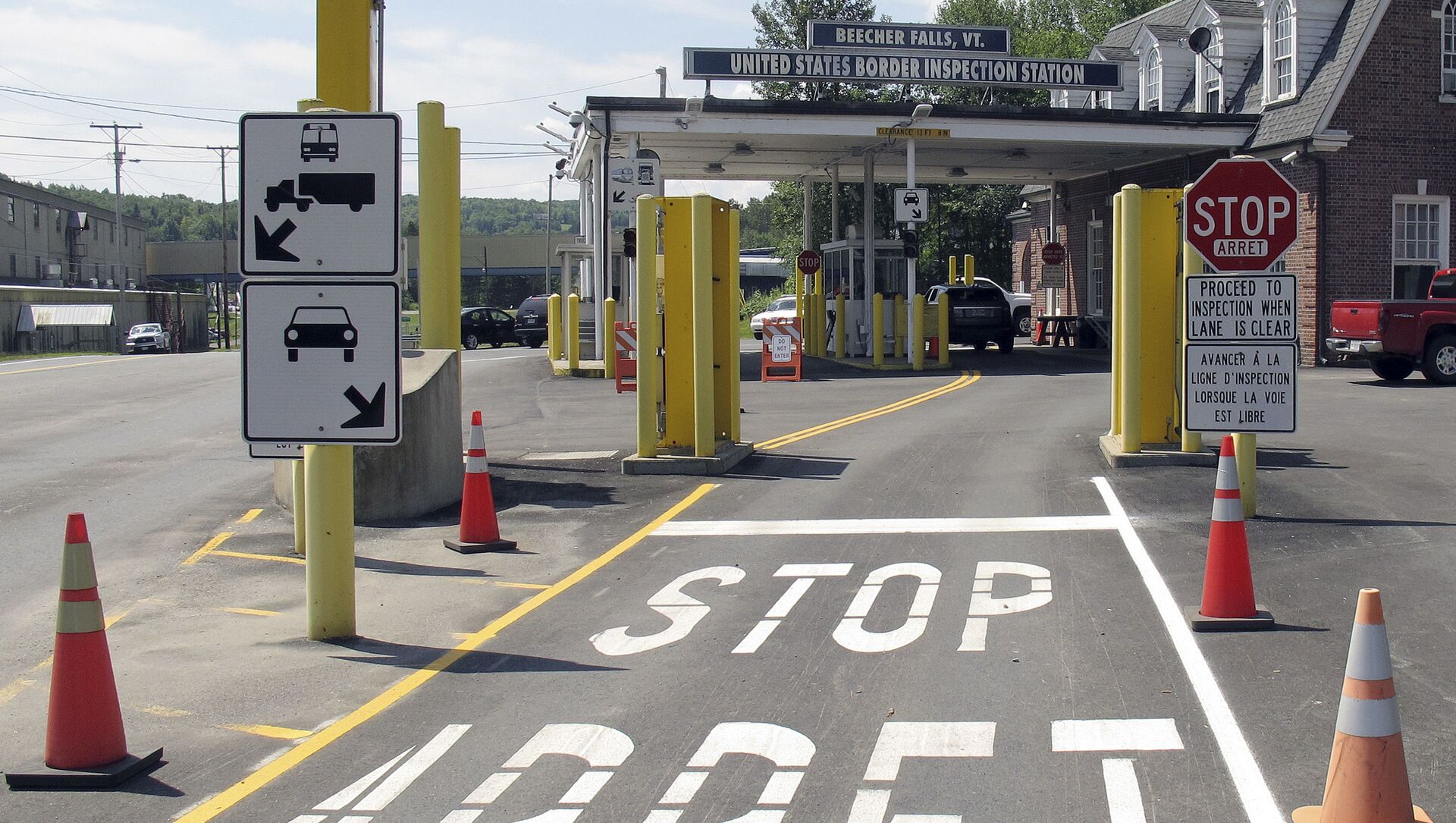 WASHINGTON (Sputnik) - Ottawa plans to progressively reopen the Canadian border to international travellers in a matter of weeks rather than months, Prime Minister Justin Trudeau said on Tuesday.

"We are looking at continuing our plan for gradual and safe reopening, with hopefully more announcements in the coming weeks", Trudeau said. "We are talking about weeks not months, anymore".

On Monday, Health Minister Patty Hajdu announced that fully vaccinated individuals coming to Canada will no longer be subject to quarantine requirements as of 5 July. However, the Canadian government is under increasing scrutiny, including from some US officials in border states, concerning the speed of the "gradual reopening" and its lack of provisions for fully vaccinated Americans.

Trudeau defended his government’s cautious approach, saying that while fully vaccinated individuals are protected from COVID-19 but this protection does not extend others, thereby posing a risk to public health in areas where the population is either partially vaccinated or immunisation rates are low.

Gradual reopening is the right and responsible path, Trudeau underscored.

"It's much safer for Canadians if the borders reopened at a time when most Canadians have had two doses given the variants of concern", Tam said.

Canadian officials had previously tied relaxed restrictions at the border to having 75 percent of residents partially vaccinated and 20 percent fully vaccinated, however, this threshold has already been met, according to Trudeau and members of his cabinet.

International travelers, including Americans, have been barred from entering Canada since March 2020, and Ottawa recently extended the border restrictions that limit so-called non-essential travel to and from the United States through 21 July.