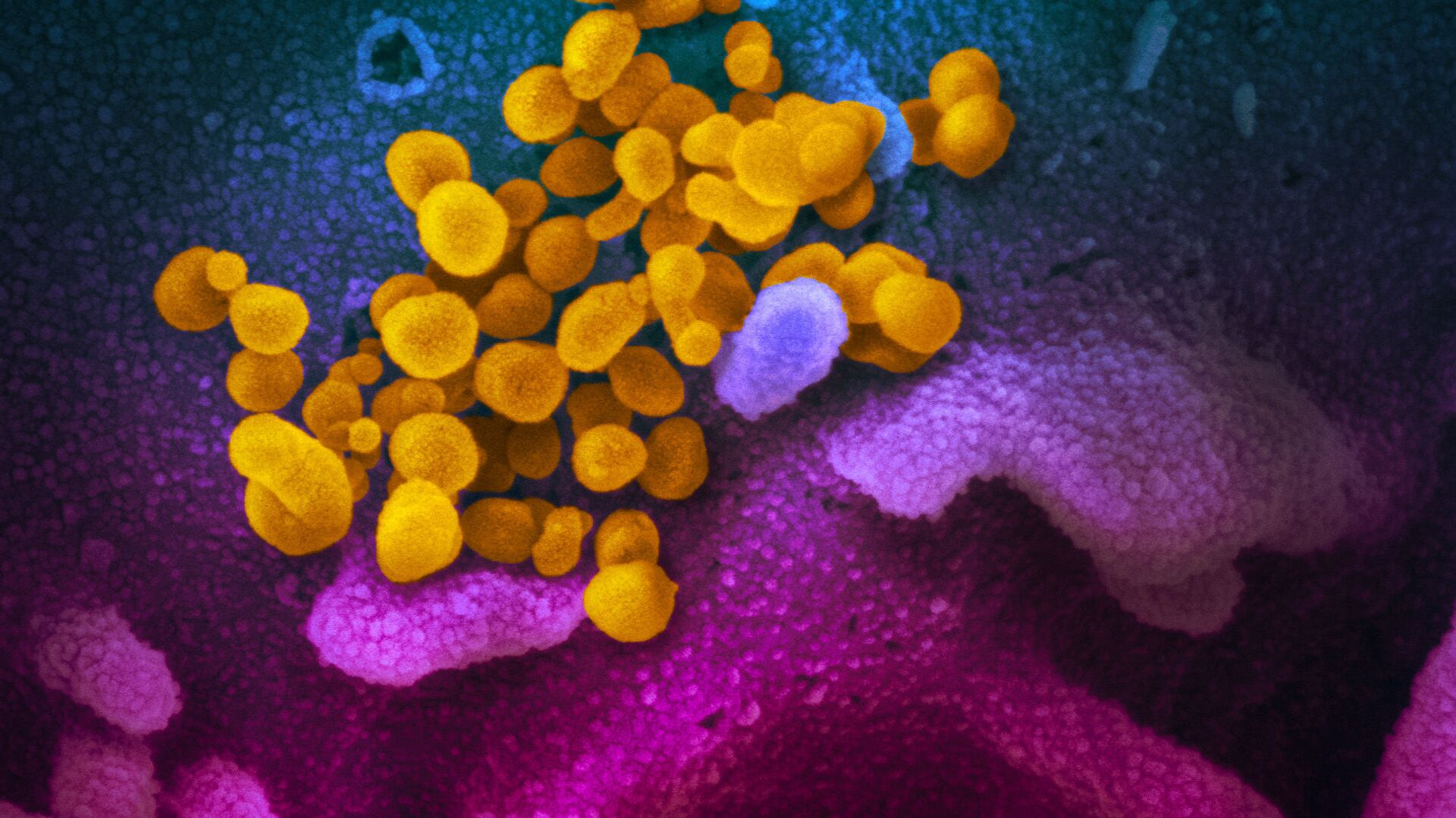 © REUTERS / NIAID-RML
Subscribe
International
India
Africa
Igor Kuznetsov
All materials
Despite lab leaks being a known occurrence, the idea that the coronavirus originated in a lab and leaked accidentally, has long been vehemently branded a dangerous conspiracy theory by both the mainstream media and the world's movers and shakers.

Swedish national broadcaster SVT science reporter Bodil Appelquist has claimed she had to stop doing research on the possible origin of the coronavirus, following demands from her editorial staff.

Appelquist ventured that the Swedish Civil Contingencies Agency (MSB) and the media have jointly labelled the lab origin version, which has circulated since the start of the pandemic, a conspiracy theory.

"There was somehow some consensus then, a year ago, that this was a conspiracy theory", she told the newspaper Världen Idag, noticing a turning point that is happening now.

Appelquist said that at the onset of the pandemic she was contacted by several researchers who thought she should take a closer look at the lab in the Chinese city of Wuhan, where the first cases of COVID were detected.

She said she had the time to do extensive research, but was met with such hesitation and questioning from her editorial staff that she had to terminate the project.

"I absolutely don't want to be seen as a conspiracy theorist. It would be devastating for me as a journalist", Appelquist said. "However, the fact that we didn't dare to look at it in different way, I believe is a bit problematic", she added.

Världen Idag asked broadcaster SVT why the state TV giant took so long to change its stance and report on the lab origins version.

"SVT has followed the global research situation around the pandemic. On the whole, SVT reporting does not differ from other newsrooms", the response said.

The origins of the deadly COVID-19 pandemic remain unknown for the time being. Yet, the theory that the virus originated in a lab and leaked accidentally have been vehemently branded as a dangerous conspiracy, despite lab leaks having occurred in the past.

While former US President Donald Trump and his associates received a lot of flak for suggesting that the virus originated in a Chinese lab, his successor Joe Biden ordered the nation's intelligence agencies to broaden their investigation into whether the coronavirus emerged naturally as it jumped species or leaked accidentally from the Wuhan Institute of Virology. This marked a turning point in the tone of the mainstream media and the approach of social media giants. Among others, Facebook stopped treating "man-made COVID" as a conspiracy theory.