Kirill Kurevlev
Correspondent
All materialsWrite to the author
Following the Duchess of Sussex' claim of bigotry within the UK royal family earlier this year, several reports emerged that it was Markle herself who created a "toxic" environment at the palace. An independent law firm began a "review" of working conditions inside the palace in March, and the results were set to be released on Wednesday.

Meghan Markle will give a full refutation to accusations that she "bullied" her staff by requesting a "point by point" assessment of the allegations from Buckingham Palace's staff, The Mirror reported.

According to sources familiar with the case, the duchess has yet to be formally interviewed about allegations that she was responsible for a "toxic" work environment at Kensington Palace.

After two senior members of staff alleged they were bullied by Meghan during her time as a working royal, those close to the former actress have reportedly said the two sides are poised for a "brutal showdown." According to the report, "at least 10" former royal officials are reportedly "queuing up" to help an independent inquiry set up in response to the claims.

"The feeling is this is heading for a brutal showdown between the Duchess of Sussex who is understood to be disputing all allegations labeled against her," one of the insiders is quoted in the report as saying. "The Palace is taking each and every allegation very seriously and wants to get to the truth of the matter and ensure those speaking up deserve to be heard."

According to the source, Meghan Markle "is adamant that the staff were not up to their job and could not deal with the pressure of working for her and understanding how she wanted things to run."

According to an earlier report by The Times, citing royal author Robert Lacey, Prince William took steps to separate his household from his brother's after hearing about Meghan's behavior from royal staff. 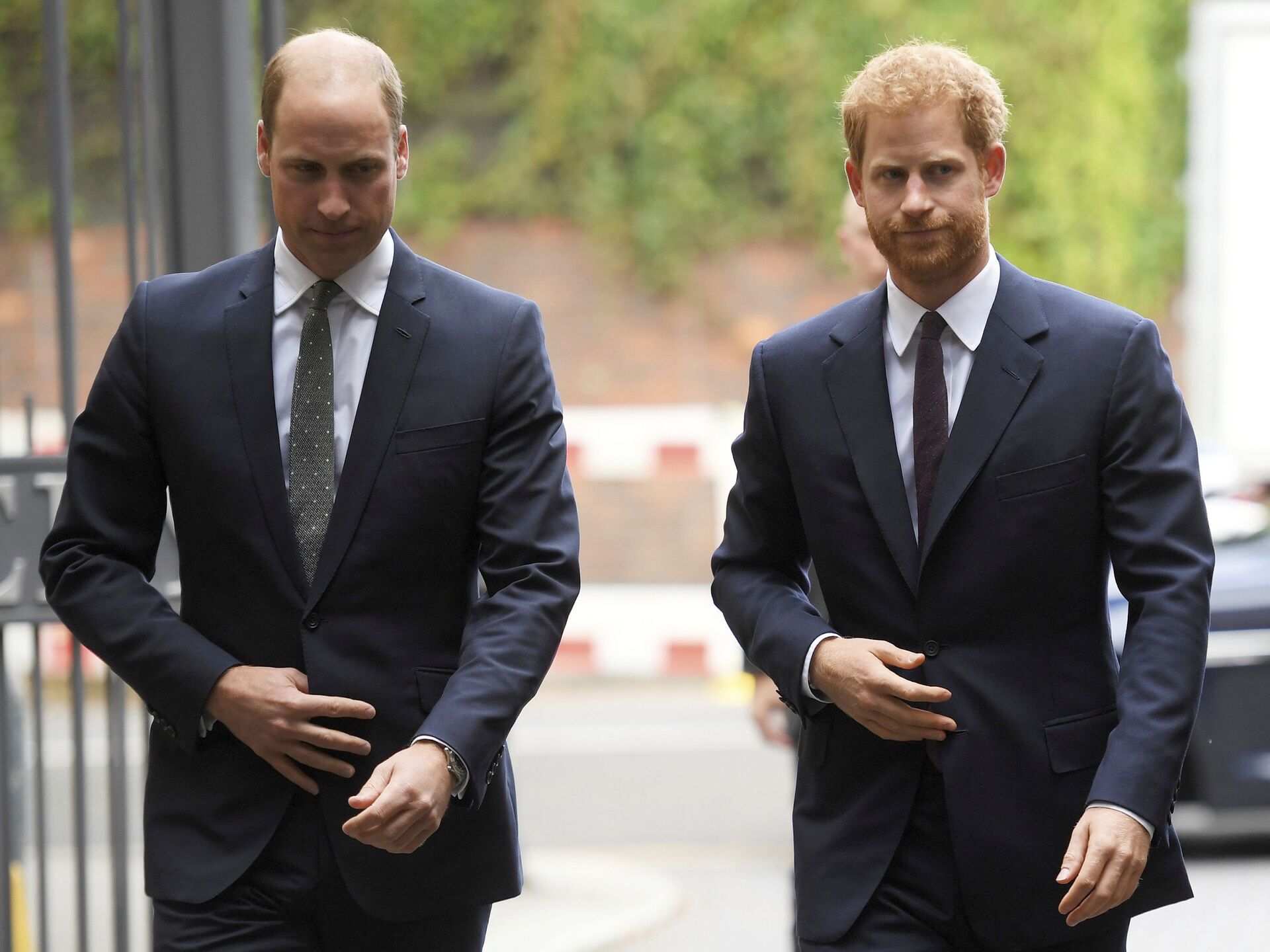 The writer claimed that William felt Meghan was "hostile" to the royal system and had planned to leave the monarchy and return to America from the outset.

And when asked by a senior aide about her handling of personnel, Meghan reportedly snapped, "It's not my job to coddle people," according to Lacey.

The probe began in March after Markle was accused of bullying at least two palace aides during her brief time as a senior British royal, causing one to cry and “humiliating” another. Buckingham Palace said at the time that it would "not tolerate bullying and harassment" and that it was "very concerned" about claims that Markle had fired two personal assistants and undermined the confidence of a third.

Markle and Prince Harry have vehemently denied all accusations.

According to The Times, Meghan and Harry's communications secretary, Jason Knauf, filed the original complaint in October 2018, but it was only just made public before Markle's Oprah Winfrey interview.

"I am very concerned that the duchess was able to bully two PAs out of the household in the past year," the complaint reportedly read. "The duchess seems intent on always having someone in her sights [and] I remain concerned that nothing will be done."

The duchess's spokesman responded by saying that she is "saddened" by the latest attack on her character, "particularly as someone who has been the target of bullying herself and is deeply committed to supporting those who have experienced pain and trauma."

After a sensational interview with Oprah Winfrey in which Markle, who left the UK along with her husband for the California coast in early 2020, hinted at racism within the Royal Family, the couple's relationship with Buckingham Palace deteriorated. Later, Prince Harry made several comments about his father, criticizing his parenting style.