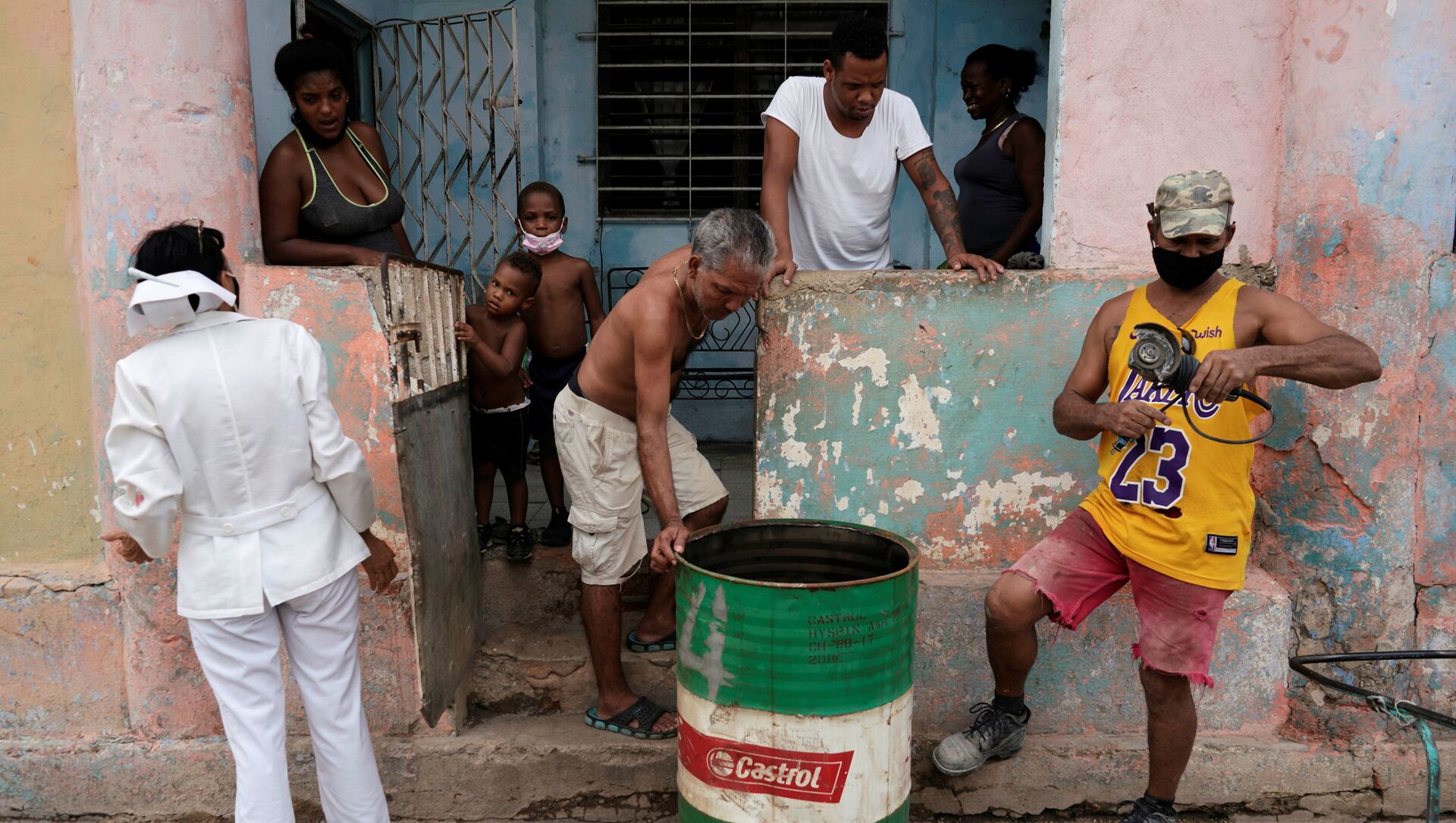 MOSCOW (Sputnik) - Havana counts on the support of most UN General Assembly countries that will vote on a resolution, introduced by Cuba, calling on the United States to end its blockade against the island nation, the republic's ambassador to Moscow, Julio Garmendia Pena, told Sputnik on Tuesday.

On June 23, the UN General Assembly will vote once again, for the 29th time on the resolution of the “Need to end the economic, commercial and financial blockade imposed by the United States of America against Cuba.”

"Even though the resolution is a recommendation, it once again shows the world that Cuba is not alone in its position... We are confident that we will receive the support of the absolute majority of countries of the world tomorrow and we hope that the rights of the Cuban people will someday triumph," Pena said in Moscow.

The ambassador noted that in 2019, 187 countries voted against the US blockade policy.

At the same time, the diplomat said that bilateral relations between Cuba and the US have significant potential.

Cuba Accuses US of Encouraging Illegal Migration
"The areas of cooperation that could develop are enormous. First of all, there are security issues in the areas surrounding Cuba and the United States in which we can cooperate, and we have cooperated; there are migratory issues… There has always been a migration to the US and that must be regulated on mutually acceptable legal bases," Pena said.

The ambassador added that Cuba was also interested in scientific cooperation, stressing the fact that some North American scientific institutions were already cooperating with Cuba in anti-cancer product elaboration.

According to the Cuban government, the US took advantage of the COVID-19 pandemic to intensify the blockade, costing Havana over $5 billion from April 2019 through March 2020. When Donald Trump was the US president, Washington imposed 240 blockade measures against Cuba, which continue to be in force, despite the change of administration.

Washington and Havana have had a strained relationship for more than 60 years, rooted in Fidel Castro’s overthrow of a US-backed government. Under Barack Obama, the US took some steps to normalize bilateral relations, including restoring diplomatic ties and expanding travel and trade, but the process was halted under the Trump administration.