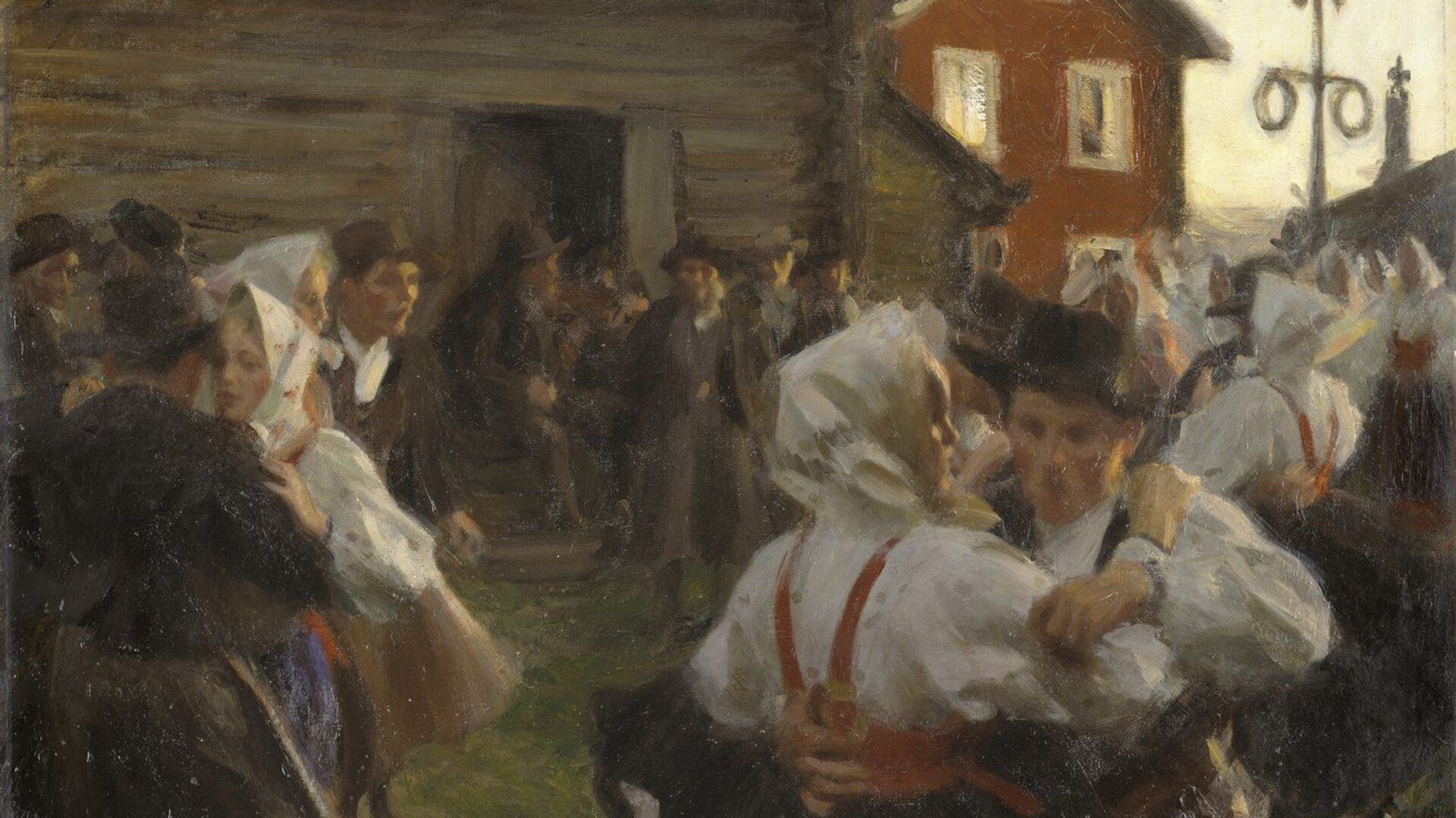 Igor Kuznetsov
All materials
In a series of warnings by the Swedish National Museum, classic 19th-century art is presented as patriarchal, reactionary, and borderline dangerous due to alleged features of racism, sexism, and nationalism.

The Swedish National Museum has added politically-flavoured warning texts to swaths of its collection.

Most of the warnings concern classic 19th-century paintings and the Nordic national romanticism movement in particular, which prompted Leif Gren, an archaeologist at the Swedish National Heritage Board, to accuse the museum of placing "facilitating pointers" to provide the public with "misleading politicisation" in an opinion piece for Vestmanlands Läns Tidning.

According to Gren, 19th-century "bourgeois art" is presented as rife with "deception, falsehood, political manipulation, sexism, and racism". Among other things, 19th-century art is portrayed as patriarchal, reactionary and borderline dangerous, disregarding "the strong liberal climate" of that era, Gren noted. By contrast, 20th-century art, which increasingly embraces the Social Democratic tradition, is displayed as cultural success, he noted, which moves the focus away from art itself and prevents visitors from thinking for themselves.

For instance, this is how the National Museum now presents Gustaf Cederström's world-famous painting "Bringing Home the Body of King Carl XII of Sweden": "The populist and nationalist view of Swedishness, which is used politically today, is based on the idea of a statically idealised and constructed past. The idea that there is a historical time and place to look back on, where everything was in a certain way, is not true".

Several warning signs label 19th-century art as expressions of racism. The term "racialisation" is also used as a matter of course, despite it not appearing until the 1960s. According to Gren, the reasoning is mostly based on so-called "guilt by association". For instance, Carl Wilhelmson's classic painting "Church People in a Boat" is given a racist slant because it was made at a time when "anthropological racial research" was being performed.

"Ever since Romanticism, the idea of inherited popular characteristics characterised German and Nordic thinking. The rural population, farmers and fishermen, who lived according to older cultural patterns and whose bodies were marked by hard toil, were allowed to exemplify the Nordic national types. From the mid-19th century that perspective was strengthened by the anatomical museum sample collections that received an anthropological racial research focus", the National Museum said in its warning.

In the words of Gren, the museum's agenda is to convey the idea that 19th-century society was deceived and patriarchal, whereas art is presented "as a highly oppressive tool in an unnatural state of society".

The warings sparked a backlash on social media.

"The National Museum marks its paintings with crazy left-wing political pointers. 'Church People in a Boat' by Carl Wilhelmsson is described as racist. The permanent exhibition is therefore one great left-wing indoctrination – funded by our tax money", one user noted.

​"This madness will continue until everything in Swedish culture is branded racist. Everything that makes us Swedes proud of our cultural heritage must be branded racist by these state-sanctioned left-wing extremists. We gave them the finger, they took our hand!", another one mused.

"​Is everything Swedish racist? Those of you who think so, why do you still choose to live in such a racist country?", another one asked rhetorically.

​"The world has gone insane. The National Museum calls older art 'racist', including a painting depicting fishermen in a boat, and puts up warning signs", blogger Julia Caesar noted.