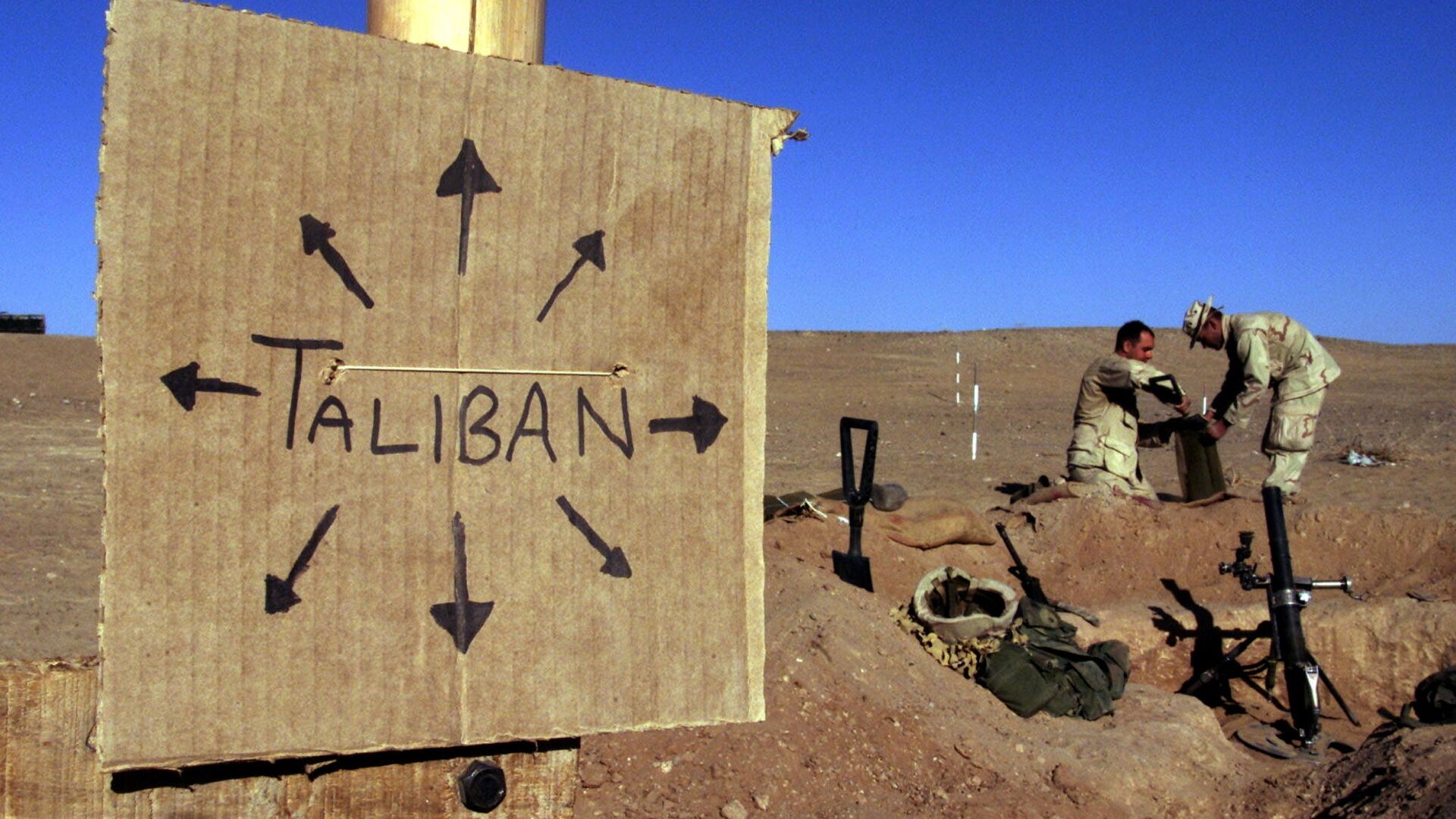 Tim Korso
All materials
Former Afghan President Hamid Karzai, who was installed following the expulsion of the Taliban* from Kabul, has harshly criticised the US and NATO for failing to eradicate terrorists in the country over the last two decades. He argued that western nations are leaving Afghanistan "in total disgrace and disaster".

The view of American troops packing their things as they prepare to leave Afghanistan after nearly 20 years of war is apparently a sight for sore Taliban eyes. The group, which has been fighting against NATO forces for the last two decades, is treating this moment as their victory in the lengthy fight, The Daily Beast has reported citing a Taliban* media official.

"We strongly believe the US military was terribly defeated in Afghanistan. And they're running away from Afghanistan in a hurry", Taliban representative Khalid Zadran said.

According to media reports, the Taliban* is already making use of the situation. While the US hands over its military bases to Kabul's forces, the group's troops are reportedly taking over some of the now-unguarded districts and provinces. Apparently, the Afghan security forces have so far been unable to stop their progression.

No less cheerful are Taliban* members about the way American troops are leaving the country – without parades or at least some fanfare signifying the end of the decades-long deployment, The Daily Beast reports. What might be an attempt to avoid bad press (which has not been in short supply lately) related to the withdrawal, is reportedly perceived by the Taliban* as a sign of admitting defeat.

"[The US] is not making much noise of withdrawal, but we watch them running short of looking at the rear. Losers never look back […] Today the Taliban are in the highest military morale", an anonymous former Taliban* minister told The Daily Beast.

In an interview with the Associated Press, former Afghan President Hamid Karzai, who led the country for 13 years following the US intervention, strongly condemned Washington's decision to withdraw its troops, something mirrored by the country's NATO allies. He stressed that western nations had come to Afghanistan with the goal of defeating extremism and bringing about stability, but failed miserably in both endeavours over the past 20 years. The ex-president added that the country is being left "in total disgrace and disaster".

"We recognise as Afghans all our failures, but what about the bigger forces and powers who came here for exactly that purpose? Where are they leaving us now?", he wondered.

Karzai was quick to make a seemingly contradictory statement, arguing that the withdrawal of US and NATO troops is actually a positive development for Afghanistan. He suggested that it was a good opportunity for Afghans to take matters into their owns hands to resolve the domestic conflict.

"We will be better off without their military presence […] We don't want to continue with this misery and indignity that we are facing. It is better for Afghanistan that they leave", Karzai said.

The ex-president went on to allege that the NATO military operation in Afghanistan was never directed against extremism or terrorism, but rather against "Afghan villages and hopes".

The US intervention in Afghanistan (soon followed by several other NATO members) started in October 2001 after the Taliban* refused to hand over Osama bin Laden for his involvement in organising the 9/11 attacks against the US. After almost two decades of fighting, during which the Taliban* lost most of the territories it once controlled, NATO still failed to kick the group out of Afghanistan for good.

The Trump administration initiated peace talks with the Taliban* in 2019, promising a military withdrawal in exchange for assurances that al-Qaeda* terrorists will never be harboured by the group again. The deal also included the requirement that the Taliban* begin peace talks with Kabul. Washington was supposed to withdraw by 1 May 2021, but new President Joe Biden has moved the deadline to 11 September 2021.