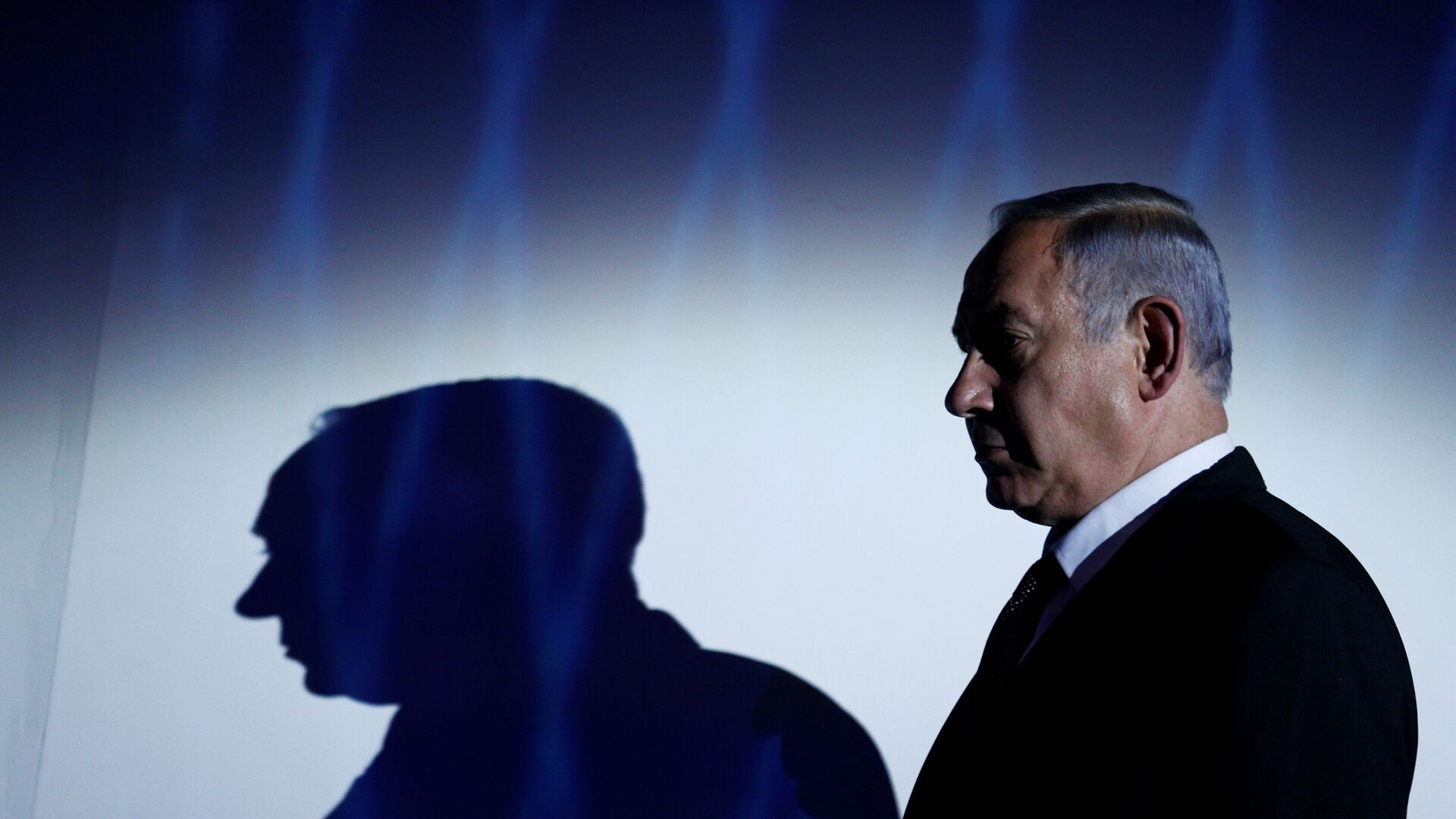 Elizabeth Blade
All materials
For some, Netanyahu has played a pivotal role in improving Israel's economy, boosting its military and international standing. For others, his tenure has been disastrous, primarily because he split Israeli society and dealt a severe blow to the country's judiciary system.

The Israeli media has never been easy on former Prime Minister Benjamin Netanyahu. In the 1990s he was associated with the incitement that led to the assassination of then-Prime Minister Yitzhak Rabin. Then he was linked to the burial of the historic Oslo Accords and the end of the two-state solution to the Israeli-Palestinian conflict. And, more recently, his name has been tied to a series of graft probes that included buying positive press coverage and receiving illegal gifts from a rich donor.

Now, however, as his days at the PM's official residence in Jerusalem are numbered and he is set to vacate Balfour Street on 10 July, Israeli media outlets are summing up his contribution to the country's economy, security, and Israel's international standing.

All About the Economy

In terms of the economy, experts are split into those who believe Netanyahu has pushed the country forward and those who downplay his contributions.

On the one hand, during his 12 years in office, he worked hard to lower taxes and expand Israel's business sector often at the expense of state institutions. He opened up Israel's economy to competition, limited regulation, interference of the state, and endless bureaucracy that had hampered the nation's development.

Watch Thousands of Israelis Celebrate 'End of Netanyahu's Era' as Bibi Vows to Be Back
He insisted on developing Israel's gas fields that now bring in billions of dollars in revenue. He invested in the development of high-tech and the country's transportation to connect the periphery with the centre. And he opened Israel to the world, making it easier for international companies to invest in the country.

But he's also made mistakes. In 2011, with the eruption of social-economic protests, his government didn't do much to improve the situation.

Prices for basic products and real estate continued to climb, with young people unable afford the skyrocketing costs, and the government not bothering to regulate the market.

In the field of security, Netanyahu's legacy is controversial too. His tenure has been branded as one of the most stable in Israel's history, especially after the turmoil of the beginning of the 2000s that were largely associated with the Second Intifada, or Palestinian national uprising.

Yet, it was during his tenure that Israel engaged in three military campaigns in Gaza and faced an increase in the number of terror attacks against military and civilian targets in the country.

It was Netanyahu who allowed Hamas, the Islamic group that controls the Gaza Strip, to receive millions of dollars in cash from Qatar, and it was he, who downplayed the importance of maintaining steady relations with the Palestinian Authority and its leader Mahmoud Abbas.

However, the threat to Israel's security doesn't just stem from the Palestinians. The country's Arab community with its numerous problems, including illegal weapons, high poverty, unemployment, and raging crime also pose a challenge.

Recent years have seen a steady increase in the amount of violent incidents emanating from the Arab community. But in May 2021, during "Operation Guardian of the Walls", it reached another level when that violence spilled over to Jewish-Arab cities leading to clashes between the two communities.

The Israeli media and liberal circles blamed Netanyahu and his government for the mess. The now former PM responded by promising to pour millions of dollars into tackling the rising crime rates. Now, this issue will be a headache for the new coalition to deal with.

So will another issue -- the confrontation with Iran. For Netanyahu, the Islamic Republic's nuclear ambitions have always been a cause for concern. Israeli officials have long alleged that Tehran was using its nuclear programme as a pretext to develop weapons of mass destruction that could be used against the Jewish state.

Although Iran has repeatedly denied these allegations, Netanyahu has made it a life mission to make sure that Tehran never goes nuclear.

For decades the international media has been covering numerous assassinations, mysterious explosions, vicious viruses, and other activities that have been attributed to Israel's spy agency, Mossad.

While supporters deemed these and similar deeds as Netanyahu's achievements, opponents believed he harmed Israel's international standing and marred the country's reputation.

Yet, that reputation has also been damaged for yet another reason. Throughout the years, Netanyahu has expanded Israel's settlement activity in the West Bank, much to the frustration of the Palestinians, the European Union, and even the US.

Benjamin Netanyahu ‘Illegally’ Shredded Docs on Eve of Bennett Takeover, Report Says
Under Netanyahu, the Israeli-Palestinian peace process continued to register cracks. It reached its peak in 2020 following the revelation of the so-called "Deal of the Century" that planned to chop off parts of the West Bank and the normalisation pacts with a number of Muslim nations showed that ties with Israel were possible despite the unresolved conflict.

Those normalisation deals with the United Arab Emirates, Bahrain, Morocco, Sudan, and later Kosovo will probably be Netanyahu's biggest legacy. But for Israelis, some of whom were unimpressed with the agreements, the former PM will primarily be remembered for a domestic mess, not his foreign policy.

For many he will be associated with his corruption trial and his "interference" in the judicial system. It was not only his constant attempts to slam the work of Israel's High Court judges, the police, and the establishment, but his bickering with the nation's attorney general, whom he blamed for his corruption charges, as well as Netanyahu's attempts hamper the judicial system by putting his protégés in charge of the Ministry of Justice.

For others, he will be remembered for the fight he waged against the coronavirus pandemic, and yet for others -- for the split he sowed in Israel's already divided society. One thing is certain: 12 years of Netanyahu will not go unnoticed.