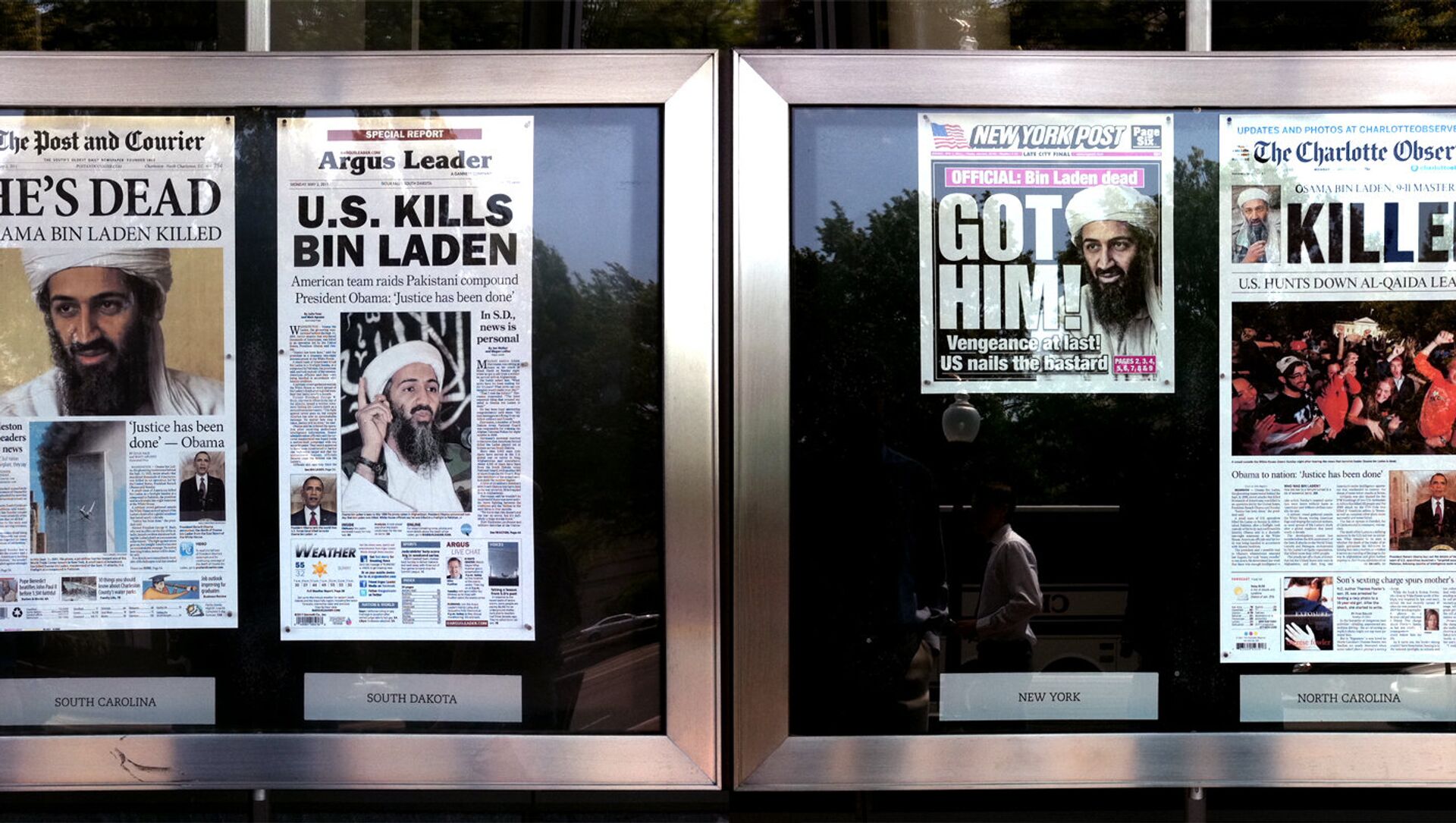 Radhika Parashar
All materialsWrite to the author
Osama Bin Laden was the mastermind of the September 11 (9/11) attacks on the World Trade Center in New York City that killed nearly 3,000 people. In 2011, the former Al-Qaeda chief was killed in Pakistan during a US Navy SEAL raid. He was reportedly buried at sea.

Pakistan Foreign Minister Shah Mahmood Qureshi chose to "pass" when faced with the question of whether Osama Bin Laden should be remembered as a "martyr".

10th Anniversary of Osama Bin Laden's Killing: Was Biden Against the Raid?
Asked “Is [Bin Laden] a martyr?” Qureshi, after taking a few moments to collect his thoughts and stuttering a bit, answered: “I will let that one pass."

The minister was speaking during an interview for Afghanistan's TOLO news channel on the TV.

Lotfullah Najafizada, an Afghan journalist, was referring to the time last year when Pakistan's Prime Minister Imran Khan had described Bin Laden as a “martyr” during a parliamentary meeting.

“I will never forget how we Pakistanis were embarrassed when the Americans came into Abbottabad and killed Osama Bin Laden, martyred him,” the Prime Minister Khan said in June 2020.

He had used the term “shaheed” which means “martyr” to describe Bin Laden.

Responding to Najafizada, Qureshi, who along with Imran Khan is a member of the ruling Pakistan Tehreek-e-Insaf (PTI) party, claimed that the prime minister had been quoted out of context by the media.

“Out of context. He was quoted out of context,” Qureshi said while accusing a “certain section of the media” for “playing it up”.

Meanwhile, a clip of the interview with Qureshi, which has been posted by Pakistani journalist Naila Inayat, has gone viral on Twitter.

​Netizens have taken Qureshi to task for taking the diplomatic way out while speaking about Bin Laden - once the world's most wanted terrorist.

​After Bin Laden planned and carried out the major terrorist strike on the twin towers in New York City on 11 September 2001, finding Bin Laden became an important mission for the US authorities and special forces.

In 2011, 10 years after 9/11, Bin Laden was killed in a surprise raid by US Special Forces in Pakistan’s Abbottabad city.