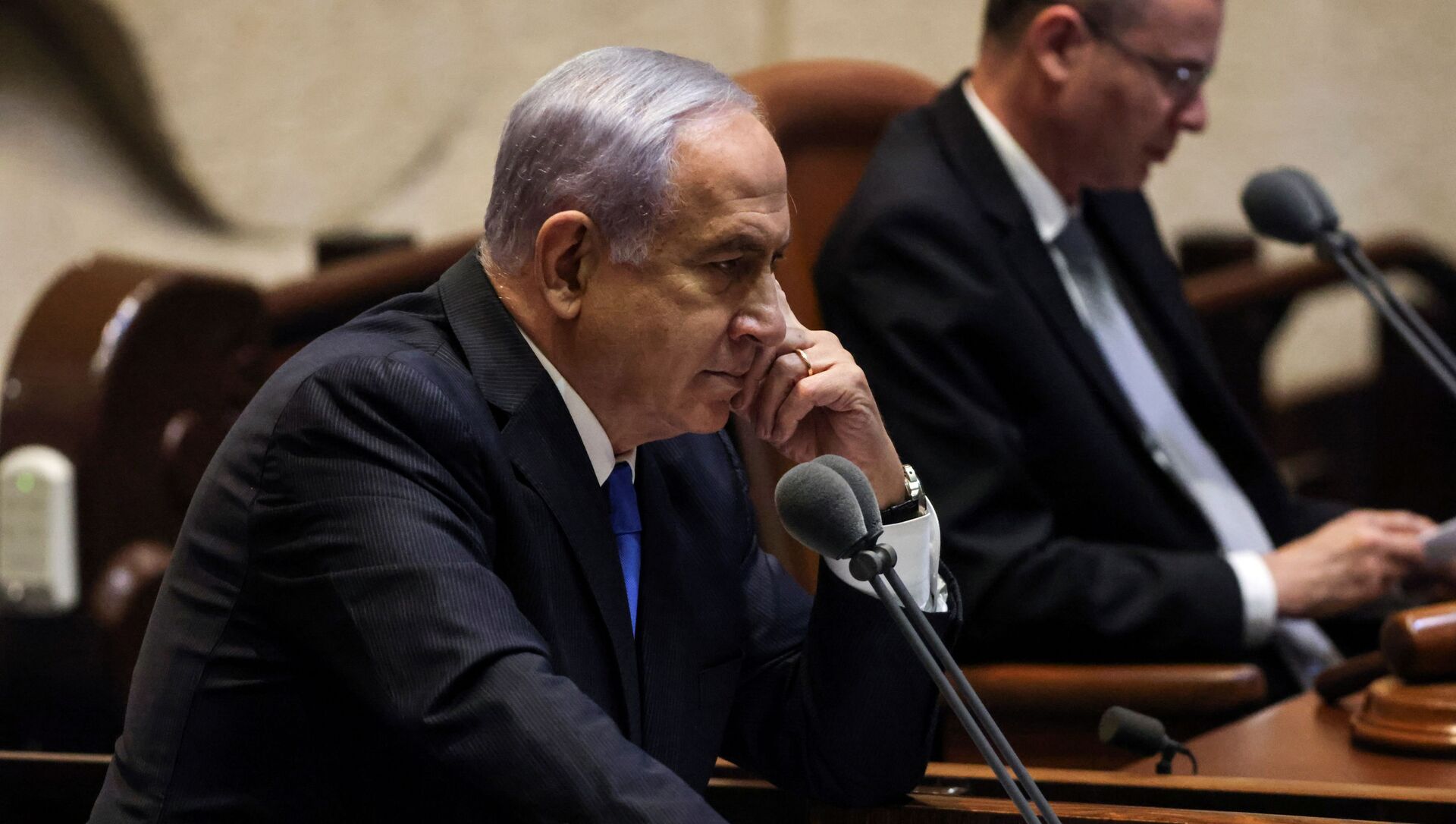 Kirill Kurevlev
Correspondent
All materialsWrite to the author
Last Thursday, Israel's new foreign minister Lapid spoke with US State Secretary Blinken for the second time since taking office. After the call, he issued a brief statement emphasizing his agreement with Blinken on a "no surprises" approach, although he did not name Iran explicitly.

Israel's former prime minister Benjamin Netanyahu, who is now the opposition leader, said that he rejected requests from the Biden administration to notify the US ahead of Israeli operations against Iran's nuclear program, and that Foreign Minister Yair Lapid had made such a commitment to Secretary of State Antony Blinken last week.

Netanyahu stated that Lapid, whom he reportedly called "the de-facto prime minister," committed to a "no surprises" Iran policy and that the State Department published a statement about it, although the US' summary of the call did not mention any commitments.

The ex-PM claimed that Lapid's alleged pledge jeopardizes Israel's national security, stating that the foreign minister has relinquished Israel's freedom of action against Iran's nuclear program as well as its sovereign right to self-defense.

"This is a serious blow to the core of our national security, something I did not agree to do during my 15 years as Israeli prime minister. Replacing the Lapid-Bennett government is the chief national task and so we will do it as soon as possible", Netanyahu said.

Why the Lapid-Bennett government is so dangerous to our future >> pic.twitter.com/vJg7PRJMVE

​During one of their phone calls, Netanyahu said he rejected President Biden's request for "no surprises," as well as a similar request made by Secretary of Defense Lloyd Austin during his last visit to Israel.

"I told them I will take their request into consideration, but stressed that on matters that are existential I will maintain Israel's freedom of operation without any obligation for prior notice," he said.

Lapid's agreement with Blinken sends a message of weakness to Iran and the Biden administration "that is rushing back to the dangerous nuclear deal with Iran," Netanyahu added.

​"I thank the leader of the opposition for his advice," Lapid reportedly responded in a short statement. "We will take it from here."

According to an Axios report, Netanyahu is pressing the matter because he wants to be the face of Israel's resistance to the Iran nuclear deal at home and in Washington.

Despite Netanyahu's criticism of Lapid for agreeing to the "no surprises" deal with Blinken, a similar agreement allegedly existed when Netanyahu was prime minister, Israeli media reported. Thus, in March, Israel's then-Foreign Minister Gabi Ashkenazi reportedly stated that he and Blinken had agreed on a mutual "no surprises" strategy with the Iran nuclear talks.

US National Security Adviser Jake Sullivan confirmed to NBC News in April that such an agreement had been made.

In fact, the Biden administration reportedly complained to the Israeli authorities that the explosion at Iran's Natanz nuclear plant, which the Iranian government blamed on Israel's spy agency Mossad, was a breach of the two nations' "no surprises" approach.