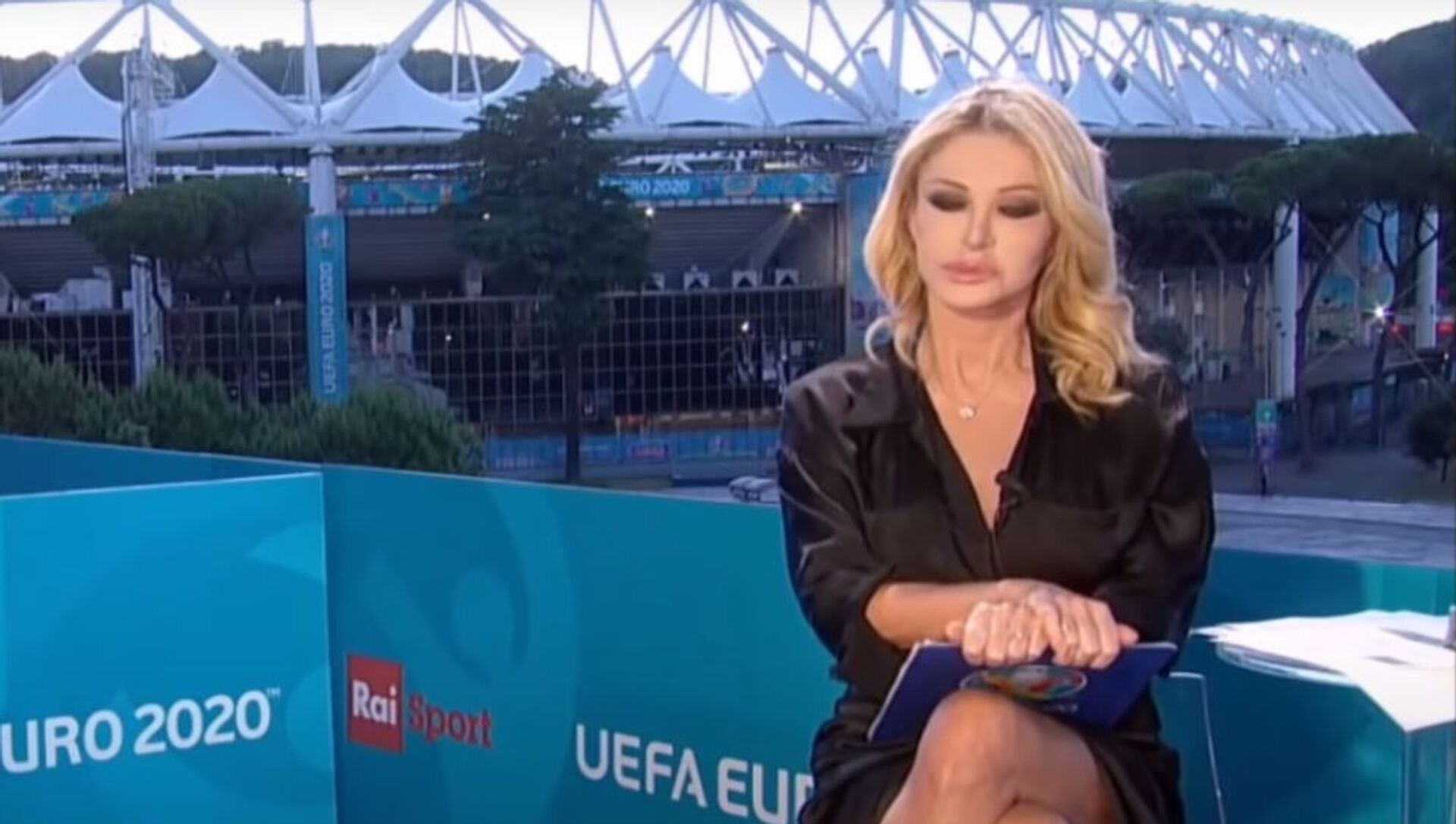 Nikita Folomov
All materialsWrite to the author
There is now a debate in Italy with regard to the EURO 2020 TV coverage. One of the hosts shifted her legs during a live broadcast and some viewers alleged she was not wearing underwear. As footage of the incident went viral, the host joked that it had gained more views than the EURO matches.

Italian TV host Paola Ferrari has denied claims she was not wearing underwear while hosting EURO 2020 television coverage as a clip of her switching legs during the show went viral.

The 60-year-old TV personality, who presents for the Italian channel Rai, was wearing a long black dress. She was sitting with her legs crossed, but at one point, she shifted her legs, and some viewers claimed they saw she was not wearing underwear.

The host said that she prefers to protect her health and hygiene, adding that nothing serious really happened.

Notably, netizens have compared Ferrari to Sharon Stone in the 1991 film Basic Instinct, which includes a somewhat similar scene, where the actress uncrosses her legs to reveal she is not wearing underwear.