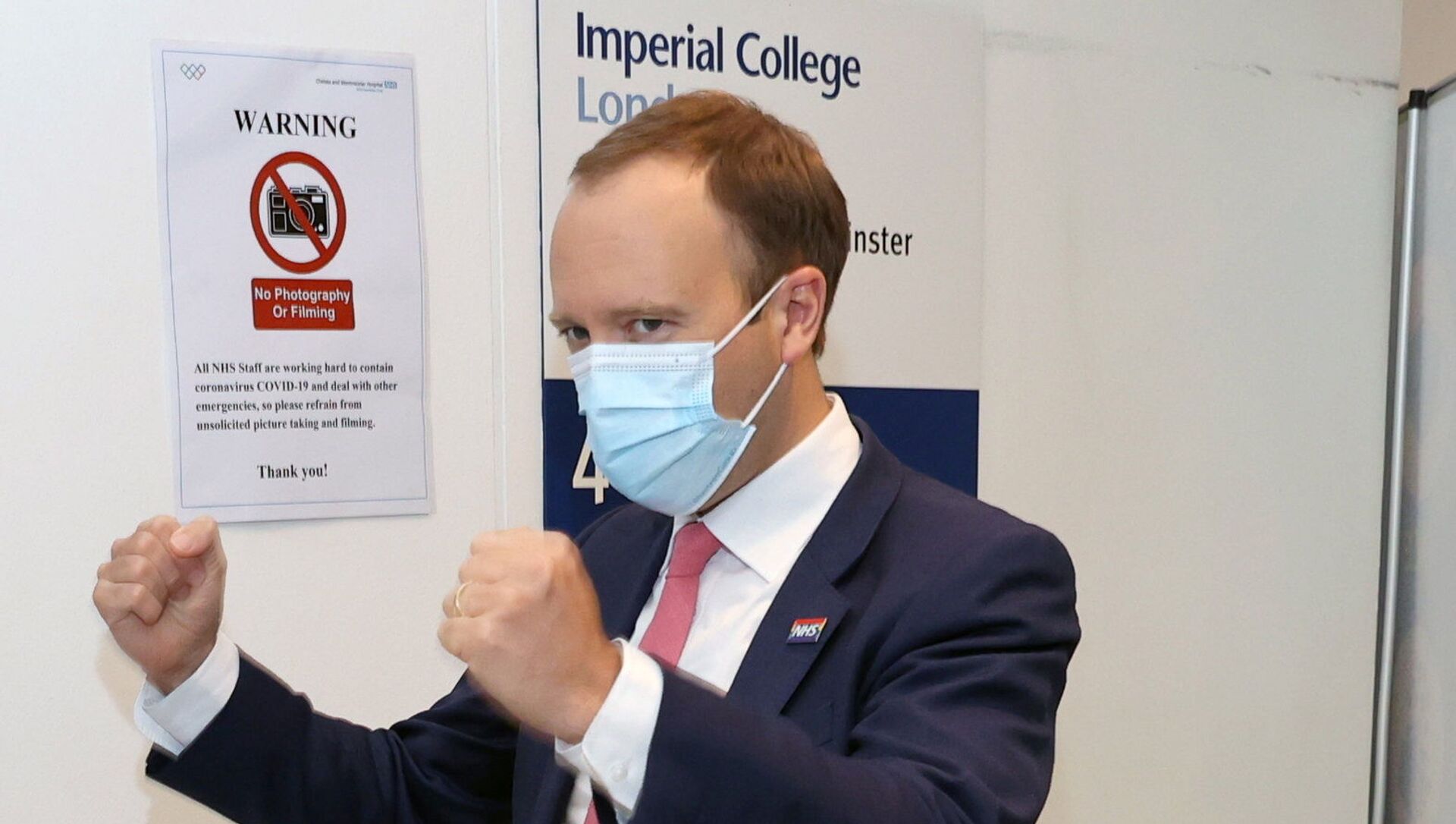 © REUTERS / POOL
Subscribe
International
India
Africa
Matt Hancock has faced a slew of allegations over his handling of the coronavirus pandemic — from failing to organise mass testing soon enough to lying about precautions to protect care home residents, and now hiding evidence that would support an end to the lockdown.

The British health secretary has again tried to downplay the prime minister's alleged description of him as "totally f***ing hopeless".

"Well, honestly, it feels like ancient history. The vaccine programme is a huge success", Hancock stuttered. "At times of stress people say all sorts of things in private. What matters is how well you work together".

The health secretary stressed that he and Johnson continued to have a good working relationship.

"You’re referring to comments apparently from the prime minister. I work with the prime minister every single day. We work very strongly together, firstly to protect life, and secondly to get the country out of this”, Hancock said.

He also denied it was "embarrassing" for Johnson to talk about him like that "because of all the things we have delivered together".

​"We are here talking about the success of the vaccine programme, right? That is something that I very much led from the department, working with the prime minister", Hancock said.

"He has been a massive supporter of it throughout. Of course we have had obstacles and we have had people that we have had to deal with on the way. But what I can tell you is that the delivery of that programme has been absolutely fantastic".

Cummings claimed to a parliamentary committee in late May that Hancock had lied to him in a conversation early in the outbreak, insisting all hospital patients were being tested for COVID-19 before being discharged from care homes. But the former adviser later failed to produce the documentary evidence he claimed to have against the minister.

Over the weekend, Hancock was accused of concealing data from Johnson showing that the vaccination programme was in fact highly effective against the Delta — or "Indian" — variant of the virus, which potentially contradicted the rationale for extending the last stage of lockdown for four weeks.