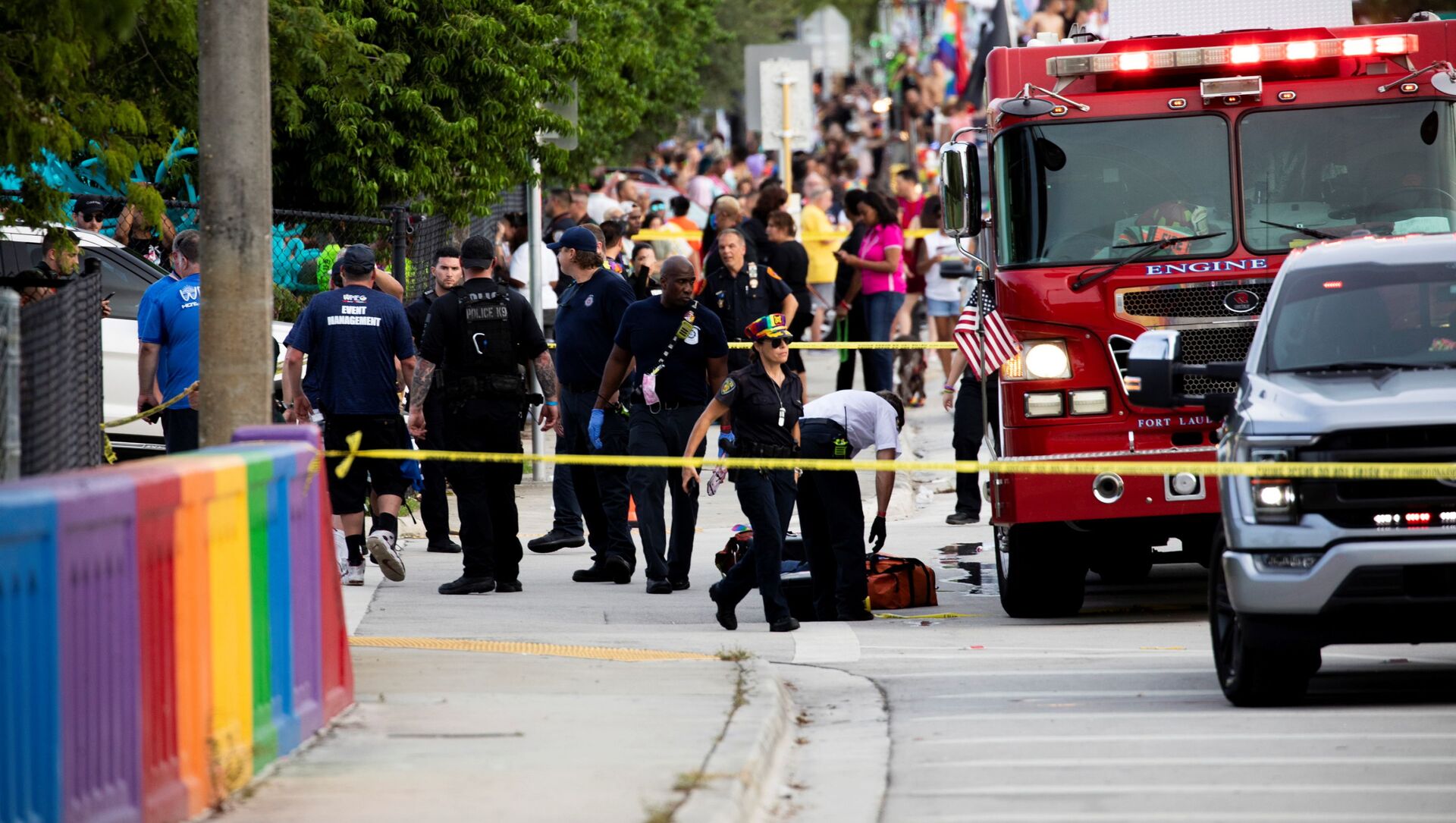 Daria Bedenko
All materialsWrite to the author
A pride march in Wilton Manors, Florida, was canceled after a deadly incident occurring at the beginning, when a man drove a truck into a crowd of celebrants, killing one person and injuring another.

The mayor of the Florida city of Fort Lauderdale, Dean J. Trantalis, who was among the first to react to the Saturday incident at a pride march in Wilton Manors, issued a statement on Sunday in which he changed his previous estimation of what happened, from "terrorist attack against LGBTQ community" to "an accident".

"I was an eyewitness to the horrifying events", Trantalis stated. "It terrorized me and all around me. [...] I feared it could be intentional based on what I saw from mere feet away. Law enforcement took what appeared obvious to me and others nearby and investigated further - as is their job. As the facts continue to be pieced together, a picture is emerging of an accident in which a truck careened out of control."

His statement came amid clarification from authorities that the Wilton Manors incident was not a criminal act but a tragic accident.

My statement following yesterday's events in Wilton Manors is below.
I want to thank our first responders for their efforts as police and medical personnel immediately attended to the scene. pic.twitter.com/lahwAQPO3C

​Users immediately criticized him for his initial reaction to the incident, saying that he should have apologized while some called for the mayor's resignation.

What intel did you receive that it was a terrorist attack for you to feel confident enough to relay that to the public?

You did your level best to start a groundless panic in the national media. Either you made the calculation that doing so would help your profile on a larger stage, or you did it without thinking. Both options make you a bad mayor.

I’d hate to see you faced with a real emergency.

Issue an actual apology along with a resignation letter. pic.twitter.com/wz64eEejKo

You didn't "fear it was intentional" - you specifically asserted that it was. This non-apology isn't surprising though, given that it comes from someone who hates our country and believes in systemic racism. pic.twitter.com/Sor7fCHUxR

How about an apology to your constituents and some self-reflection about what it means to be a leader during a crisis? You failed miserably.

​The wave of reactions came after a man drove a truck into the crowd of pride marchers in Wilton Manors on Saturday, killing one person and injuring another. The mayor's reaction was seen in multiple reports on the incident, but later officials confirmed that it was an tragic accident, and not a "terrorist attack".

After the incident, the Wilton Manors chief of police, Gary Blocker, issued a statement, in which he clarified that what happened was "a tragic accident and not a criminal act directed at anyone".