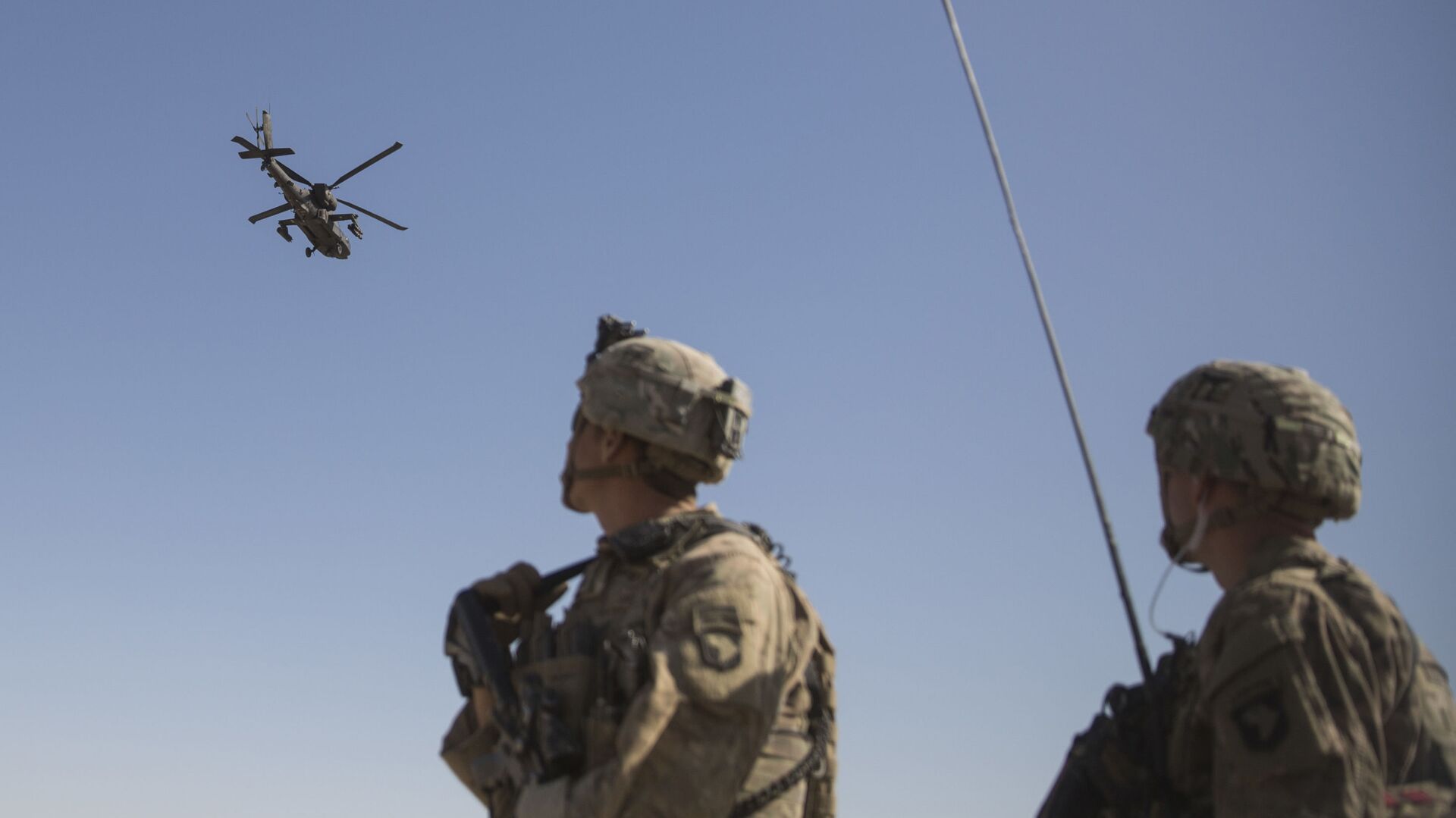 © AP Photo / Sgt. Justin Updegraff
Subscribe
International
India
Africa
Daria Bedenko
All materialsWrite to the author
US President Joe Biden earlier stated that Washington would withdraw its troops from war-ravaged Afghanistan by September, but reports suggest that the pullout will go faster than scheduled, with American soldiers possibly leaving the country by the middle of July.

A ceremony of lowering the flag was planned to be held in Afghanistan by the US-led military mission, but was cancelled due to confusion over its meaning, NBC News reported Friday, citing three unnamed US defense officials.

“It was causing confusion among allies and partners,” one defense official said, noting that some perceived it as a sign of the closure of the Resolute Support headquarters, which hosts the mission training Afghan security forces.

In fact, according to the report, the ceremony was not meant to signify the end of the mission or closure of the headquarters, as it could rather be used as "an opportunity to gather 13 NATO partners together before coalition troops depart."

According to the officials cited by NBC, the American troop withdrawal, scheduled to be finished by 11 September, could actually proceed much faster and have all US troops removed from the country by early July or the middle of July.

As the US prepares for the withdrawal, tensions have appeared to rise in the region, with Turkey suggesting it could station its 500 troops in Kabul's airport to secure the facility once the American soldiers leave. However, the suggestion was not supported by the Taliban, with the armed group warning Ankara that it "should not make such a big mistake, which is neither for Turkey's good nor that of the future of Afghans."

"The Islamic Emirate of Afghanistan has repeatedly and very clearly made it clear to the occupiers that it does not accept the presence of foreign forces in any part of Afghanistan", said Dr Muhammad Naeem, a spokesman for the Taliban.

The move was also opposed by Moscow, with Russia's special presidential representative for Afghanistan, Zamir Kabulov, saying that Turkey's plans to secure the Kabul airport would violate the peace agreement made between the US and the Taliban in 2020.

The deal envisaged the complete withdrawal of American troops from Afghanistan - something that Biden pledged to be finished until 11 September, starting the pullout in early May.