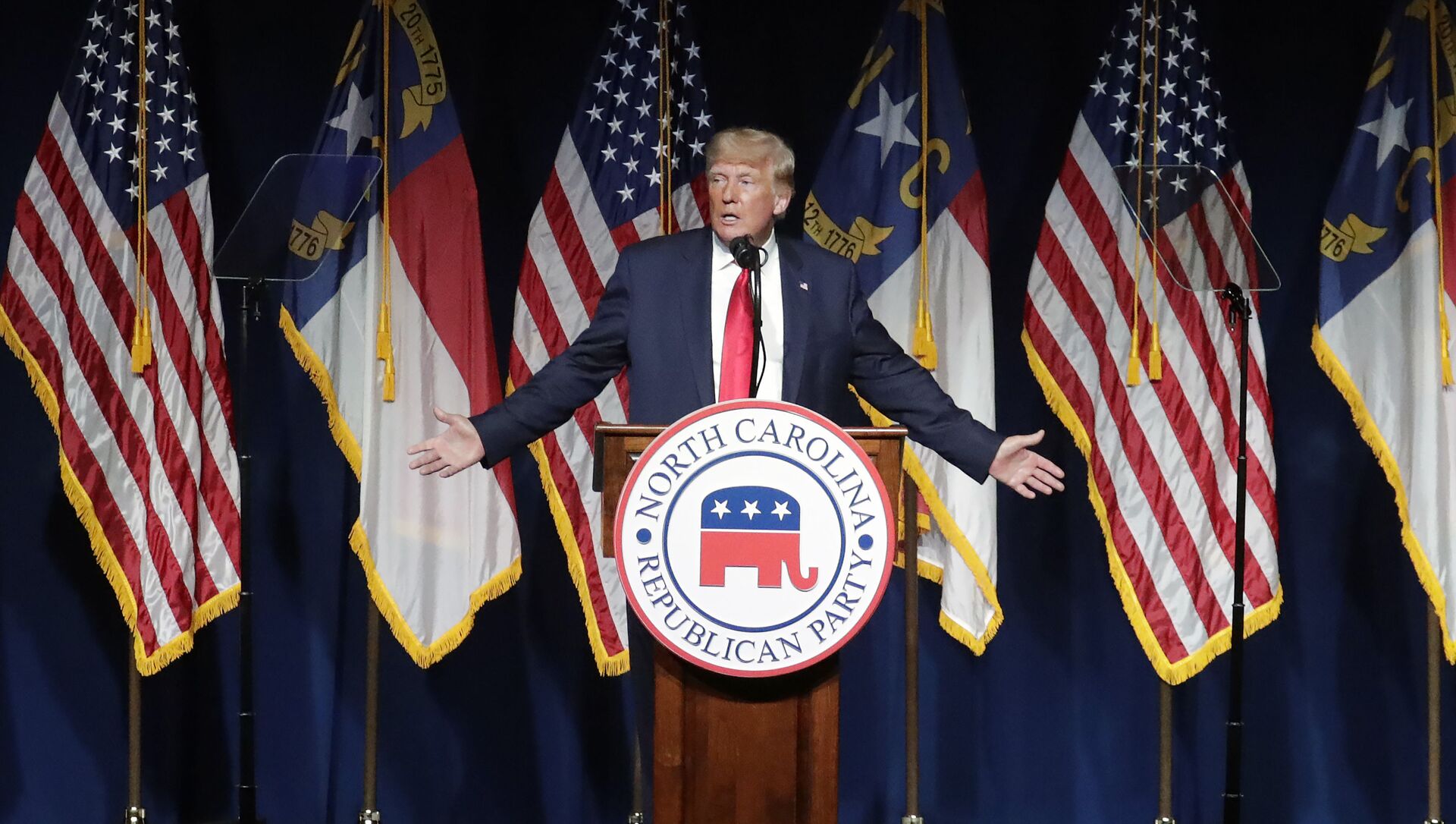 Five batches in a row of absentee ballots from Georgia's most-populous Fulton County suspiciously showed the same tally of 392 votes for Biden, 96 Trump, and 3 for Libertarian candidate Jo Jorgensen — which state officials have admitted is a statistical impossibility.

The US state of Georgia's top electoral official has acknowledged voting irregularities in the state capital — seven months after the presidential election.

Revelations this week have prompted Georgia Secretary of State Brad Raffensperger to order a new audit of tens of thousands of ballots collected from drop-boxes in Fulton County — which covers 90 percent of the state capital Atlanta and whose one million inhabitants represent a tenth of the state's population.

Joe Biden was declared the winner of the state's 16 Electoral College votes by a wafer-thin margin of some 12,000. Donald Trump claimed that systematic ballot-rigging in six states under the cover of massively-expanded postal voting had robbed him of rightful victory.

In one of the newly-discovered incidents, more than 100 batches of absentee ballot papers — each at least 100 votes — were sent to be scanned through vote-counting machines in Fulton County, but their tracking numbers were never recorded in hand-written logs of counted batches, raising the prospect that they were not tallied.

Some 25 more batches were scanned twice, while many batch control sheets do not bear a tick in the box declaring they came from a secure container — potentially meaning they could have been tampered with.

Crucially, five batches counted in a row suspiciously showed the same tally of 392 votes for Biden, 96 Trump and 3 for Libertarian candidate Jo Jorgensen. State officials have admitted that tally of almost 2,500 votes is a statistical impossibility.

​“This is very big news. People are starting to see the light. Great for America!” Trump said in a brief statement on Thursday in response to Raffensperger’s tweets.

​While Raffensperger still denies that ballot fraud swung the election for Biden, he called for Fulton County Elections Director Richard Barron to be fired.

"I have continued to call on the elections director to be removed from his position, and the leadership of Fulton County has continued to fail to act", Raffensperger told Just the News on Wednesday.

Barron was previously fired by the county's Board of Registration and Elections in February, but was reinstated the next month by county commissioners

The audit could have wider implications than undermining Biden's legitimacy as president. The November elections also saw Democrat candidates Jon Ossoff and Raphael Warnock newly-elected as the state's two senators in a controversial run-off against the Republicans. Their election handed the Democrats 50 of the 100 Senate seats — an effective majority, as Vice President Kamala Harris holds the tie-breaking vote.

On Friday, Raffensperger announced that more than 100,000 people would be removed from the electoral rolls across the state - some 18,000 of those people were deceased, while the remainder had either informed authorities they had moved out of the state or had official mail returned from their listed addresses.

"These people don't live in Georgia any more. Then you have 18,000 people who passed", he told Atlanta's Channel 2. "So they are not going to be voting anymore. You need to have accurate voter rolls and proper list maintenance. It also helps your county election directors".

But civil rights organisations in the state said they feared the move was a voter purge.

"We already have lawyers on standby, I am on standby, just in case we have to file litigation", said Gerald Griggs of the Atlanta NAACP. "So we are going to be watching this, and we will respond if we believe voters have been disenfranchised".

The NAACP has already launched a legal challenge to the Georgia state legislature's new law requiring voters to produce photo identification — which was passed in reaction to the perceived irregularities in last year's elections.

“The thinly-veiled attempt to roll back the progress we have made to empower Georgians — to use their voices in the democratic process — creates an arbitrary law that does not improve voter confidence, secure election integrity nor increase access to the ballot box”, leader Reverend James Woodall said in March.