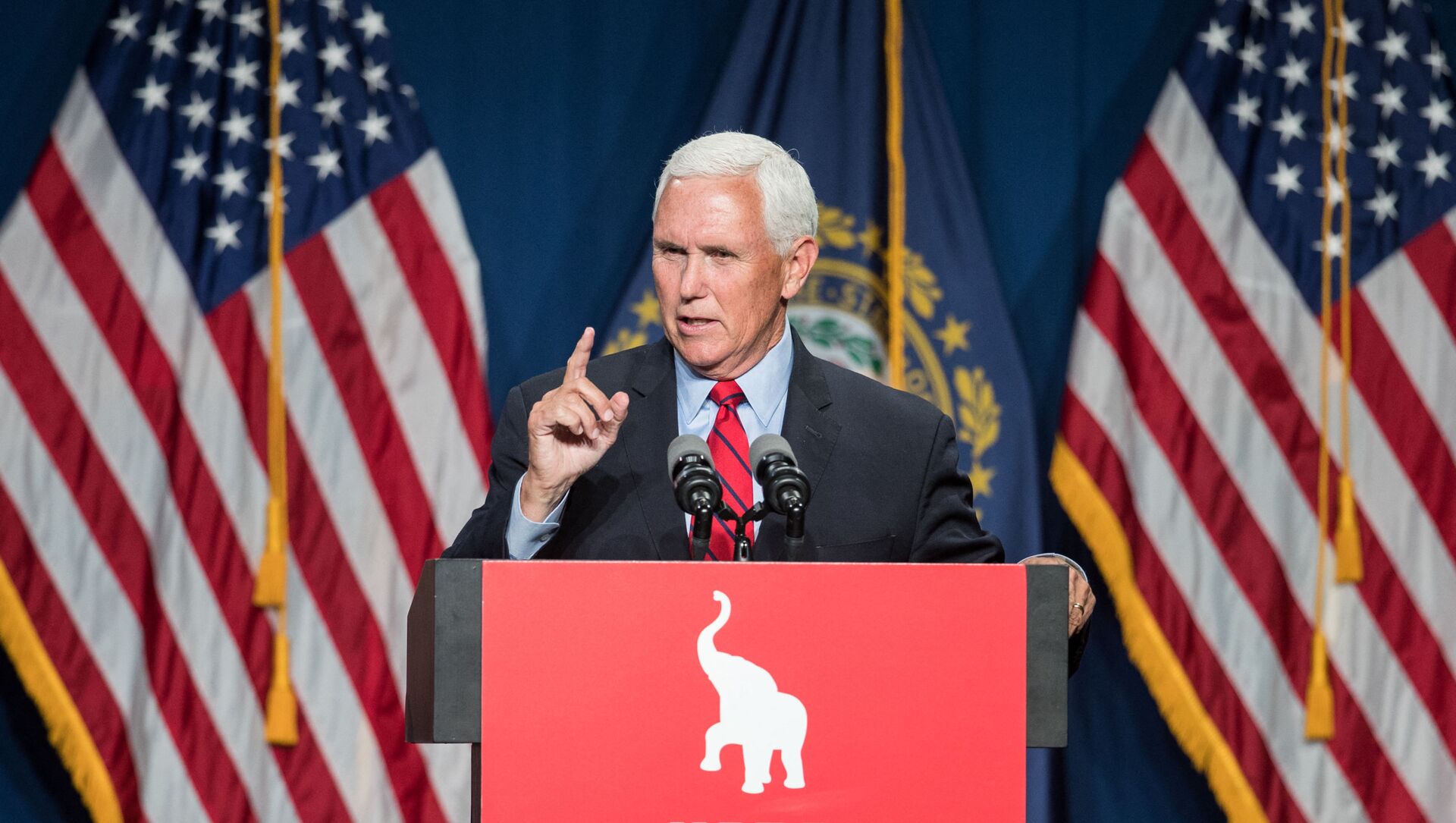 Daria Bedenko
All materialsWrite to the author
Mike Pence was the vice president of the United States during Donald Trump's presidency from 2016 to 2020. After the tumultuous end of Trump's term and overshadowed by the deadly 6 January Capitol riot that he was accused of inciting, his former VP Pence has not yet clarified his own political plans.

The former vice president also posted several photographs with his followers at the conference.

​During his talk, Pence addressed calls to defund police, asserting that it was liberal attacks on the US policing system that prompted the rise in murders in the largest American cities. He also talked about racial injustice in policing, suggesting that police must be defended and the lives of "law-abiding citizens of every race, creed, and color" should be put first.

Last August, I told the American people they wouldn’t be safe in Joe Biden’s America. Tragically, murders have increased by more than a third in our largest cities. Democrat efforts to defund the police have set off a violent crime wave that is wreaking havoc across the Country. pic.twitter.com/BLfbdWnYQz

"We will not be silent in the face of Cancel Culture", he said, adding, "we will reject every effort to marginalize Christians and Conservatives, we will expose religious persecution masquerading as a quest for equal rights, and we will demand that government agencies, our military and our public schools reject Critical Race Theory in every form!"

The former vice president lashed out at Biden administration policy, offering that Biden's cabinet stood for the "wholehearted embrace of the radical left's all-encompassing assault on American culture and values."

In his call to end Democratic majorities in the House of Representatives and in the Senate, Pence particularly sounded an alarm to "retire Chuck Schumer & Nancy Pelosi from leadership once & for all".

Pence was the US vice president from 2016 to 2020, under former US President Donald Trump. Relations between the two reportedly deteriorated after the deadly 6 January Capitol riot, which Trump was accused of inciting. While the former president continues to vehemently deny that he lost the 2020 election due to a massive "election fraud", Pence has been reluctant to fulfill his former boss's demands to not certify the election results.

In the wake of Trump's presidency, neither he nor Pence have clarified their political ambitions, with some observers, however, presuming that both would want to run for the Oval Office in 2024.