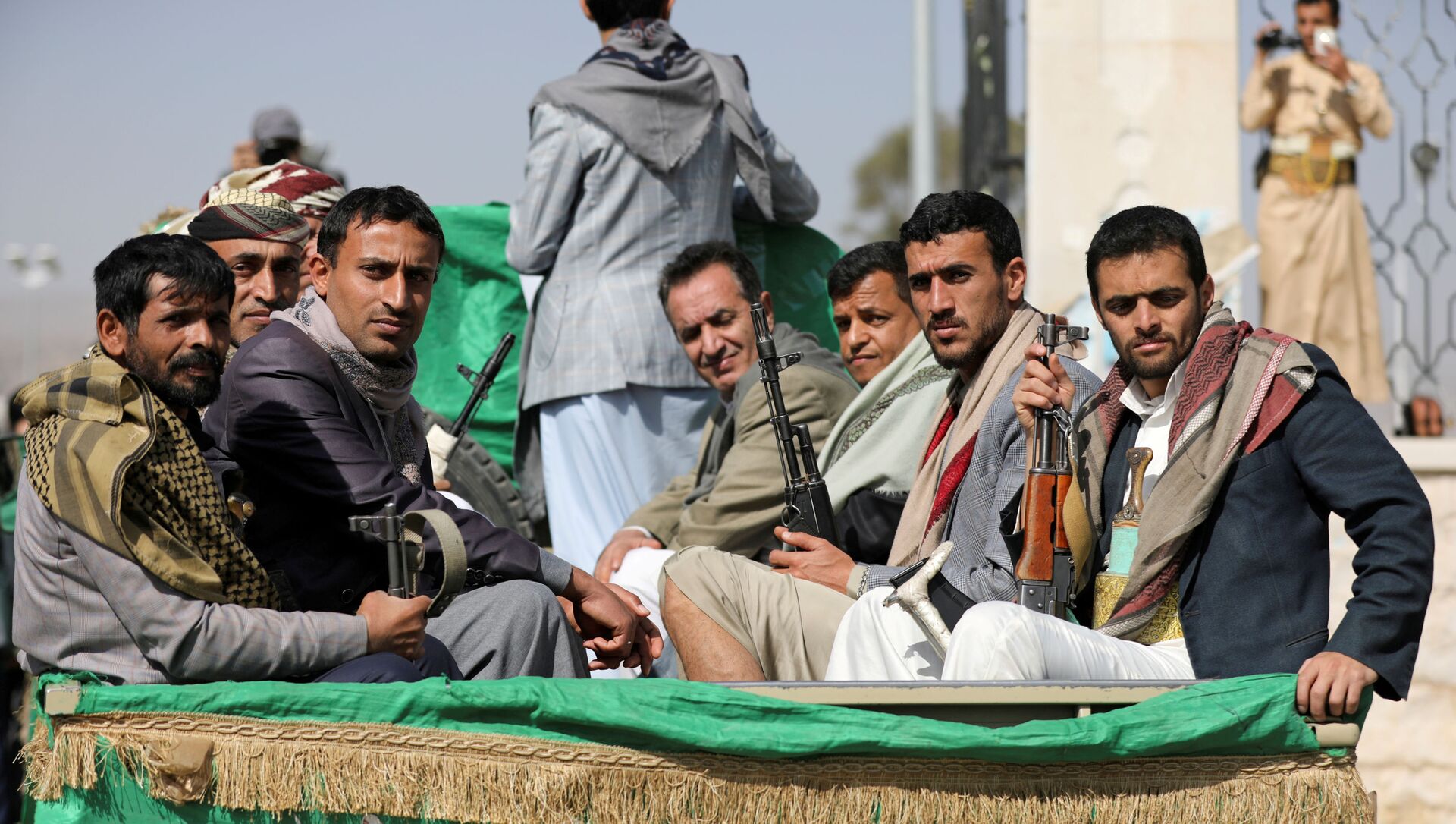 Ilya Tsukanov
All materialsWrite to the author
The Yemeni Shia militia is known for its extreme hostility to the Jewish State, with its oft-touted four-part slogan including the lines "Death to Israel" and "A Curse on the Jews."

Yemen’s Houthi militia will take part in the defence of Jerusalem in event of a broader conflict with Israel, a senior official from the political and militant group has indicated.

“Ansar Allah will be part of the equation in the defence of the Holy City of Jerusalem,” Abdul-Wahhab al-Mahbashi, a member of the Houthis’ political bureau, said, speaking to Hezbollah-affiliated Lebanese TV channel al-Mayadeen on Thursday night.

The official argued that the Israeli “enemy” may not stop its attacks unless resistance forces are able to target the Israeli hinterland, and suggested that Tel Aviv listens to the warnings of the leaders of the Axis of Resistance (the loose Iran-led Middle Eastern coalition opposed to Israel and the United States), because they do what they say, “unlike” the Arab League.

Al-Mahbashi went on to allege that Israel and the United Arab Emirates were working together in the construction of a mysterious military airbase on Mayun – a volcanic island off Yemen in the strategic Bab el-Mandeb Strait. “Israel is behind the Emirati banner on Mayun Island in the Red Sea,” he said.

Yemen's Houthis Say They Targeted Saudi Arabia's Abha Airport With 'Number of Drones'
Mayun is the second Yemeni island where the Houthis have claimed that Israel and the UAE are working together against Sanaa. Last year, media reported on the creation of a “spy base” on Socotra – a large island about 350 km southeast of the Yemeni mainland between the Guardafui Channel and Arabian Sea. Formally, the island is controlled by the "Southern Transitional Council," an Abu Dhabi-sponsored entity formally seeking to break off from Yemen and create a separate state in the country’s south, but which is now cooperating with the Saudi-backed government of Abdrabbuh Mansur Hadi.

Even though the territory they control is situated over 1,600 km from Israel, the Houthis have repeatedly threatened to attack the Jewish State in the event of attacks against its territories, or if Israel attacks its allies in other countries. Among the group’s potential “bank of targets” are Israeli ships sailing through the Red Sea, and areas inside Israel proper.

Last month, amid the escalation of the conflict between Israel and Hamas militants in Gaza, Houthi Supreme Political Council member Muhammad Ali al-Houthi vowed that “the Arab and Yemeni peoples will go to support the Palestinian cause.”

In separate remarks earlier this month, Houthi leader Abdul-Malik al-Houthi said that Yemen was “an integral part of the equation announced by [Hezbollah leader] Hassan Nasrallah, which states that the threat to Jerusalem means a regional war, within the framework of the Axis of Resistance.”

The Houthis have repeatedly accused Israel of involvement in, or even the instigation of, the Saudi-led military intervention in Yemen which began in March of 2015, several months after they seized power in a popular uprising in the Yemeni capital of Sanaa.

On Saturday, the group released an hour-long historical documentary on the capture of a Mossad spy, with the expose exposing a range of alleged Israeli activities in Yemen over the past 50 years.